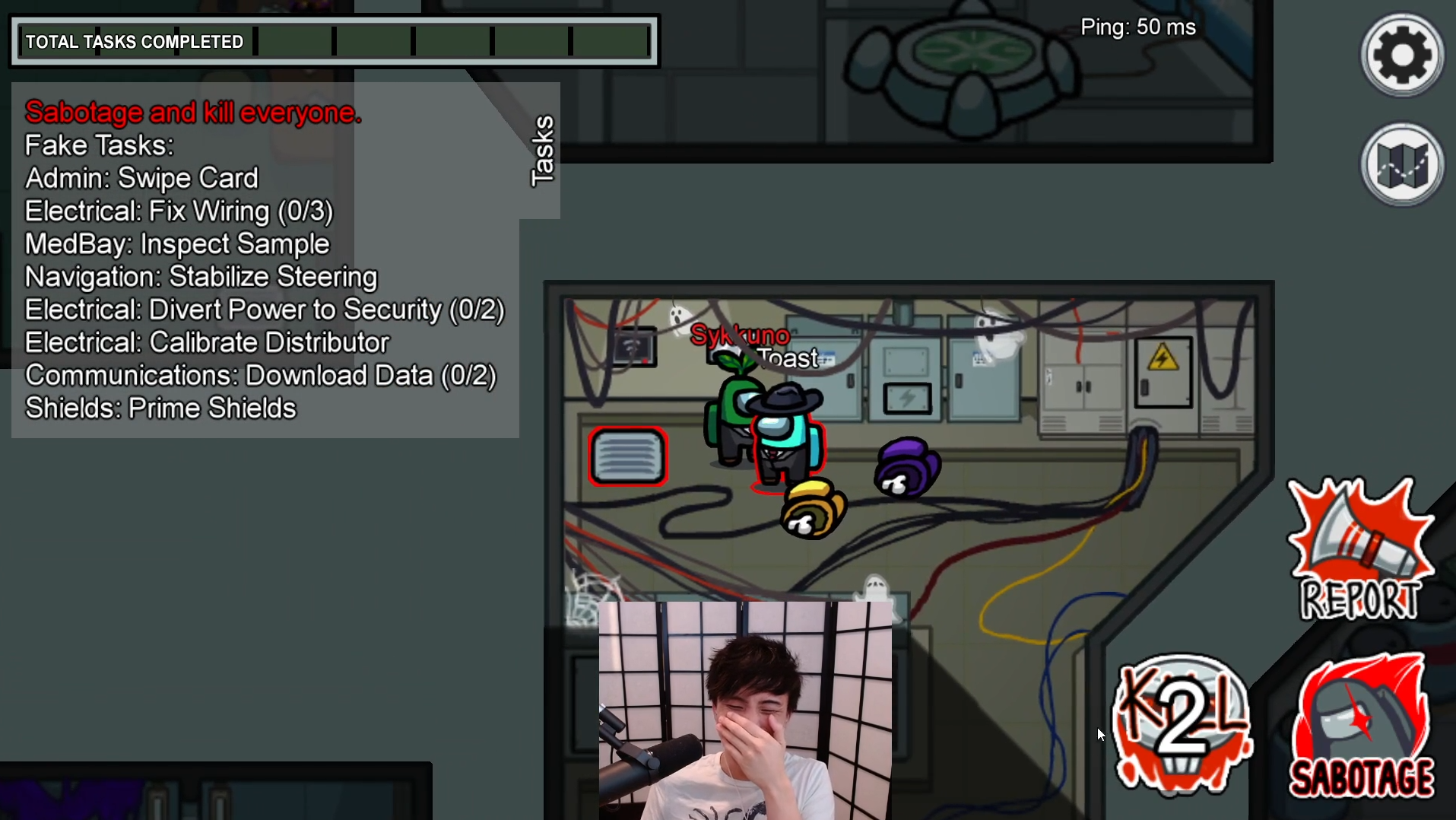 Among Us is a game that encourages strategy for players to complete their objectives without being eliminated. Usually, a double kill is a perfect situation for two imposters, but during Sykkuno’s latest stream, this situation proved to be an issue.

Heading into electrical to repair the lights, Sykkuno and Abe followed in two crewmates, waiting for them to walk toward the back of the room before striking and securing the double kill. Abe chose to vent out while Sykkuno prepared to exit electrical through the entry way, but he passed by DisguisedToast.

Toast quickly found the two bodies, choosing to go back and make it known to Sykkuno that he had been caught. Sykkuno hoped that his kill cooldown would reach zero before Toast decided to report the bodies, and thankfully for Sykkuno, this did happen. Additionally, he was able to secure a third kill for the imposters and protect the initial two bodies from being reported.

Neytiri entered electrical and was immediately killed by Sykkuno, but she was able to get the report as she was killed, making the team suspicious of anyone who was in electrical. The crew decided that Sykkuno had not said anything productive and decided to eliminate him. Sykkuno accepted his fate with open arms, saying that he didn’t deserve to live after pulling off that string of eliminations.

Shortly after, Abe was caught eliminating a member of the crew, and the final imposter was eliminated, resulting in a win for the crew.