Sixty-four percent of streamers only use one monitor, based on Streamlabs’ survey data. 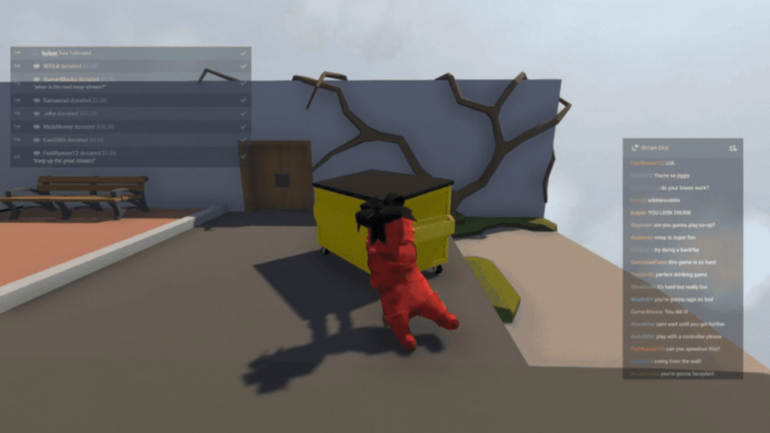 Streamlabs unveiled a new tool for the popular OBS capture software today called Game Overlay, designed to optimize the broadcasting experience for anyone using only one monitor.

Almost all of the biggest streamers across the internet use at least two monitors while broadcasting live—one to capture game footage from and the other to monitor things like the chatroom, donation and subscription alerts, and social media.

But Streamlabs says 64 percent of Twitch streamers only use a single monitor, according to data collected from polling its users. Whether it’s because those streamers can’t afford the purchase or because their computer setup doesn’t permit it, they’re having to monitor all that information while capturing game footage from one screen.

Game Overlay looks to rectify that cumbersome setup by allowing those single-monitor streamers to view all of their information feeds in one place thanks to a clean arrangement that can fit their specific needs.

Using a toolbox of customization features, Game Overlay lets the streamer reposition those feeds to their liking, adjust their opacity, and set hotkeys for changing feed arrangements based on what’s happening on their stream.

Streamlabs’ Ethan May confirmed that streamers will be able to toggle the overlay’s visibility to their viewers as they please.

“If you’re using a game capture source, [viewers] won’t see it,” May told Dot Esports. “If you’re doing display capture, they will see it.”

“Streamlabs Game Overlay is unique to Streamlabs OBS,” Streamlabs said. “No other broadcasting software allows you to interact with your chat and check your activity using just one screen.”

As with any new software feature, there will be some growing pains as Game Overlay’s launch begins. But Streamlabs is already working on some of the minor issues.

In one of the GIFs included in Streamlabs’ blog post, text seen in the Game Overlay’s customization menu reads “this overlay may not work with certain games running in exclusive fullscreen mode. For best results, we recommend running your game in windowed-fullscreen mode.”

May said this is a technical issue on Streamlabs’ end that it hopes to solve, but reaffirmed that “the overlay was compatible using borderless windowed mode with every game we have tested.”

The testing of Game Overlay was done in a closed beta with several hundred streamers. The beta group had overwhelmingly positive feedback for Streamlabs and also gave the development team ideas for some other features it now plans to add in the future, according to May.

“We expect strong adoption from the 64 percent of users utilizing a single monitor,” May said, highlighting the company’s optimism about Game Overlay’s popularity.

Based on its Q2 industry report, Streamlabs is hoping that at least 1.2 million of the 4.8 million channels actively broadcasting on Twitch will eventually adopt Game Overlay.

For any streamer who encounters an issue with Game Overlay, Streamlabs offers a 24/7 support team that can be contacted through Twitter, Discord, or on its website.