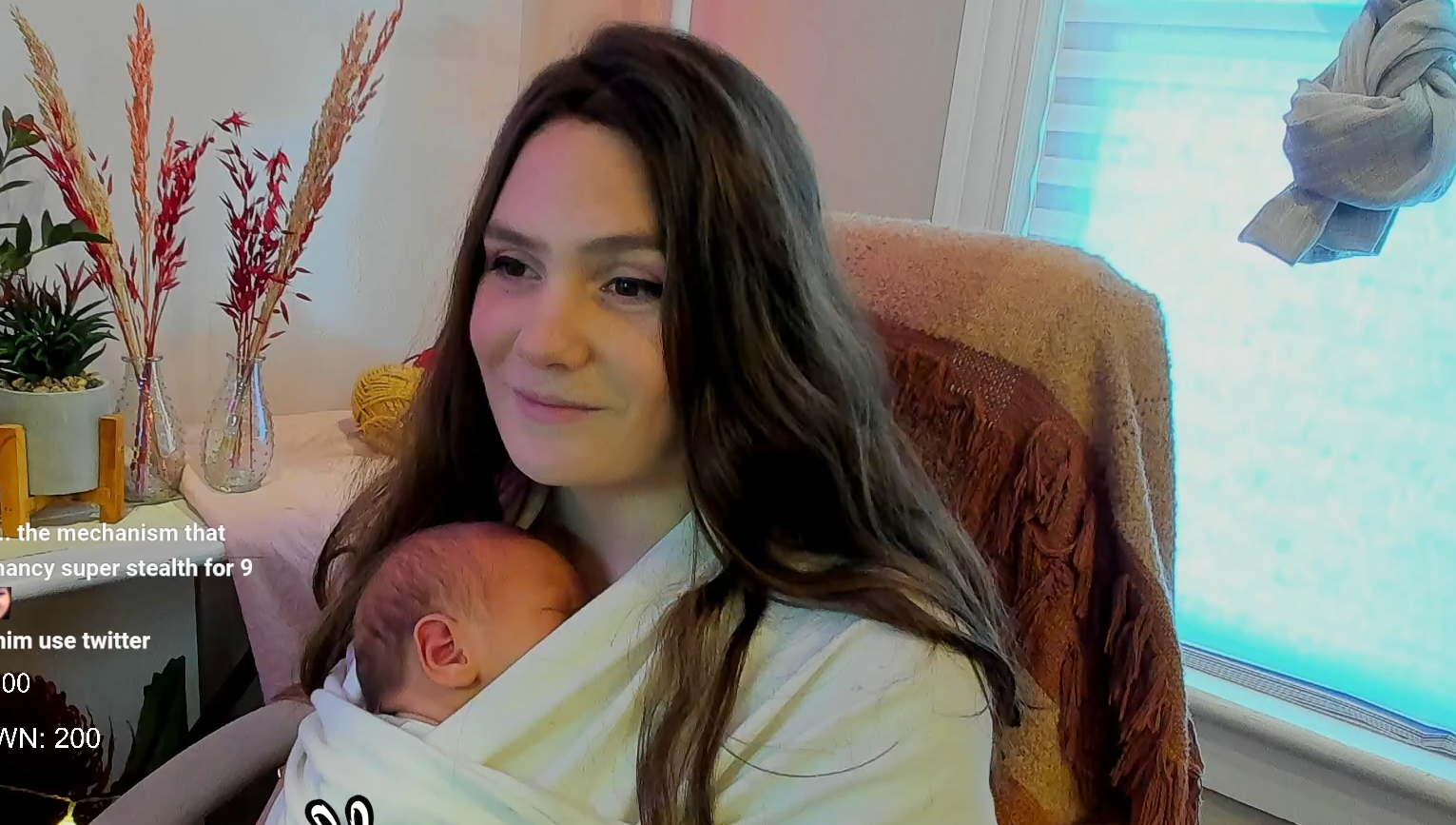 When Twitch streamer Alisha took a break from creating content, most of her viewers assumed she was going on vacation. But when she returned with a newborn baby, they were absolutely astonished.

“Hi, it’s not a fake baby,” she said at the start of her most recent Twitch broadcast after confirming that she had given birth and got m married in her break. “God forbid something happened, I just wanted to keep everything under the radar. And you’re all very surprised, so it’s worth it.”

Alisha explained she didn’t want haters to use her pregnancy against her and that she didn’t regret her decision. She also refused to tell her viewers the name of her baby or share details of her wedding.

Over the last few months, according to her viewers, Alisha had changed the angle of her camera to hide her pregnant belly.

“You could tell I was [pregnant], my face was really fat… I gained 55 pounds and I had to eat all the time.” She told her viewers about her pregnancy, labor, and how she was feeling at the time.

The question of whether it’s appropriate to expose children and families to Twitch viewers has been dividing streamers for years. While some choose to hide everything, others prefer to share their love life and create content with their kids.