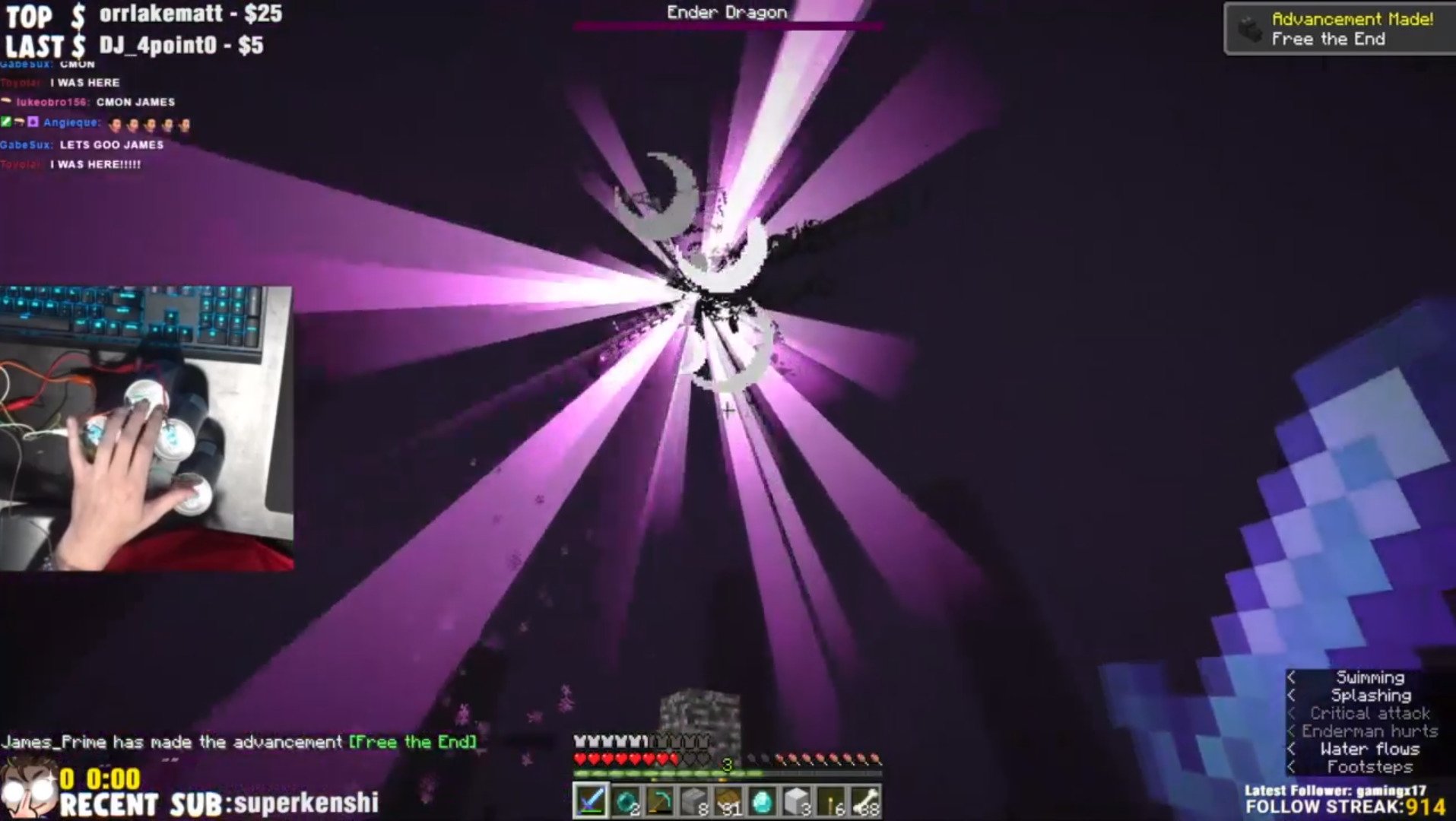 Some players have beaten games with a variety of unique controllers. But what one streamer recently used to complete Minecraft might be one of the weirdest choices yet.

Twitch streamer Jameskii completed a playthrough of the game using five sugar-free Red Bull cans as his keyboard. The cans were configured with cables to program four of them as the directional buttons and the fifth to jump. The only controls that were configured otherwise were bound to the mouse and included all the regular mouse actions, such as destroy and place, but also included crouch and sprint.

Jameskii took a short amount of time to get familiar with his new controls before creating a new world and jumping into his playthrough. Setting the difficulty on easy, Jameskii didn’t have the most trouble despite his unique controller format, managing to retrieve all the required materials and entering the nether to take on the Ender Dragon.

Fighting the final battle against the Ender Dragon proved to be the most difficult task. There was a quick close call in which the Dragon sent Jameskii flying into the air. But the streamer had a bucket of water to place down and avoided taking any fall damage. Despite his low reserves of arrows, Jameskii successfully defeated the Ender Dragon with his only death coming after aggravating the surrounding Endermen.

The streamer completed his playthrough with Red Bull cans in just under three hours of total playtime. It seems like Jameskii is the only player to try this, which means he’d hold the record for the fastest time completing Minecraft with Red Bull cans as a keyboard.