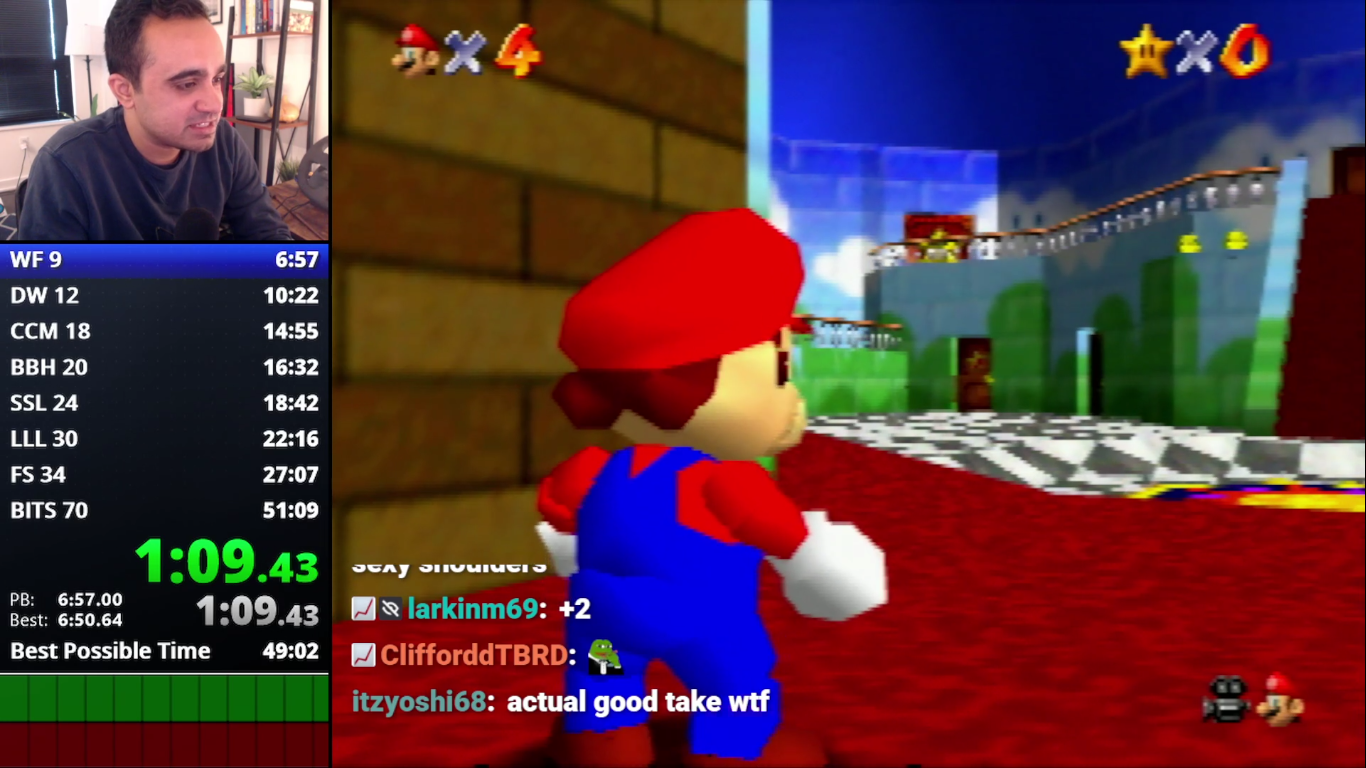 Twitch streamer and Super Mario 64 speedrunner Squeex explained why he does not pass judgment on so-called “Disney adults,” citing that his hobby is not that much better.

‘Disney Adult’ is a relatively recent term that describes adults who have invested significant time to Disney properties, whether that be attending the parks or regularly consuming Disney-made media. Various content creators have criticized alleged Disney adults for centering their identity around the mega-corporation, citing a variety of reasons behind their condemnation.

One of Twitch’s most popular Super Mario 64 streamers, Squeex, gave an answer that runs counter to the prevailing discourse of Disney Adults. When prompted for his opinion, Squeex described himself as a ‘Mario Adult’, saying that he refuses to criticize others for their hobbies when his hobby may be just as worthy of criticism.

“I play Mario for six hours a day and I have to sit here like the judge and execution to say what’s a red flag and what’s green?” Squeex laughed. “Like I’m supposed to be like, ‘Yeah, that’s cringe.’ Bro, I’m literally hoping these artificial numbers turn green. That’s cringe. Not the fact that I’m just judging people for something as arbitrary as their hobbies.”

While many members of Squeex’s chat seized the opportunity to poke fun at their streamer, describing him as a Mario senior citizen, the majority agreed and praised the speedrunner for his take. While many may continue to talk down to supposed Disney Adults, Squeex, clearly not one to take himself too seriously, may ask to look at their own hobbies before casting disapproval.