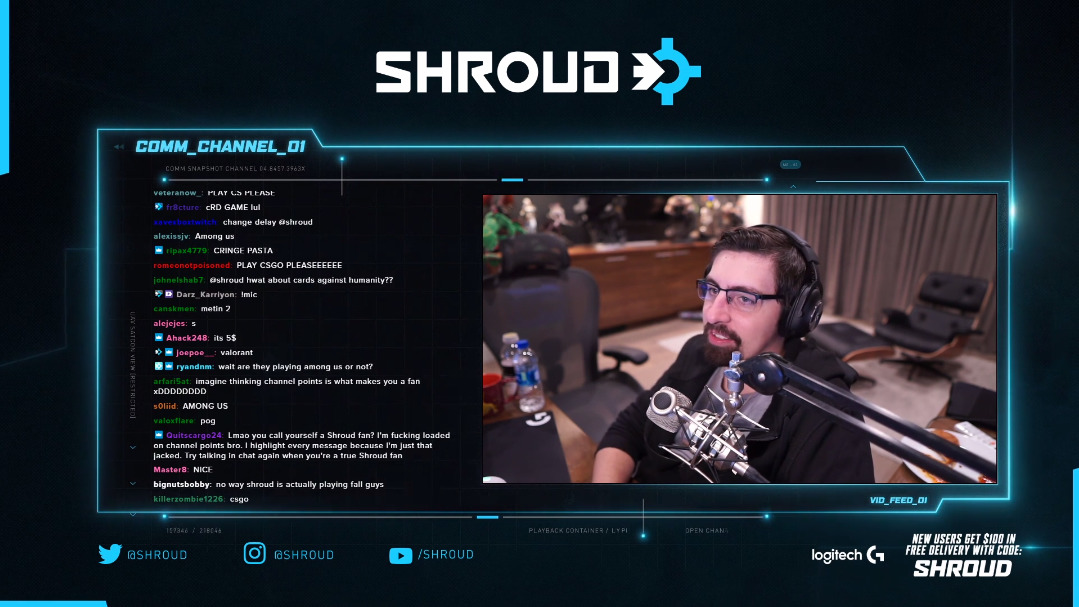 Just a few short days after the action on the Offline TV and Friends Rust server began, popular streamer and participant Shroud has predicted its demise.

During his most recent stream, Shroud said he has a gut feeling that the end is near, suggesting it’d likely stem from xQc making progress on the server.

“I’m predicting now that xQc is making a base, they’re going to gather up, and they’re going to start fucking people up,” Shroud said. “Once that happens, either the server dies or he (xQc) gets kicked.”

Shroud said that many of the other streamers on the server aren’t interested in engaging in fights.

During his time in the server, Shroud has established himself as one of the most powerful players with the greatest collection of materials and weapons at the disposal of him and his team.

While xQc and his “Team Rocket” have been making some progress on the server, they have not yet acquired the appropriate equipment to take out Shroud or his team.

Although Shroud predicted xQc’s playstyle could cause an abrupt end to the server, fellow streamer Hasan shared his support for the action.

Right now, the server is still live and providing many exciting moments for streamers and their communities.