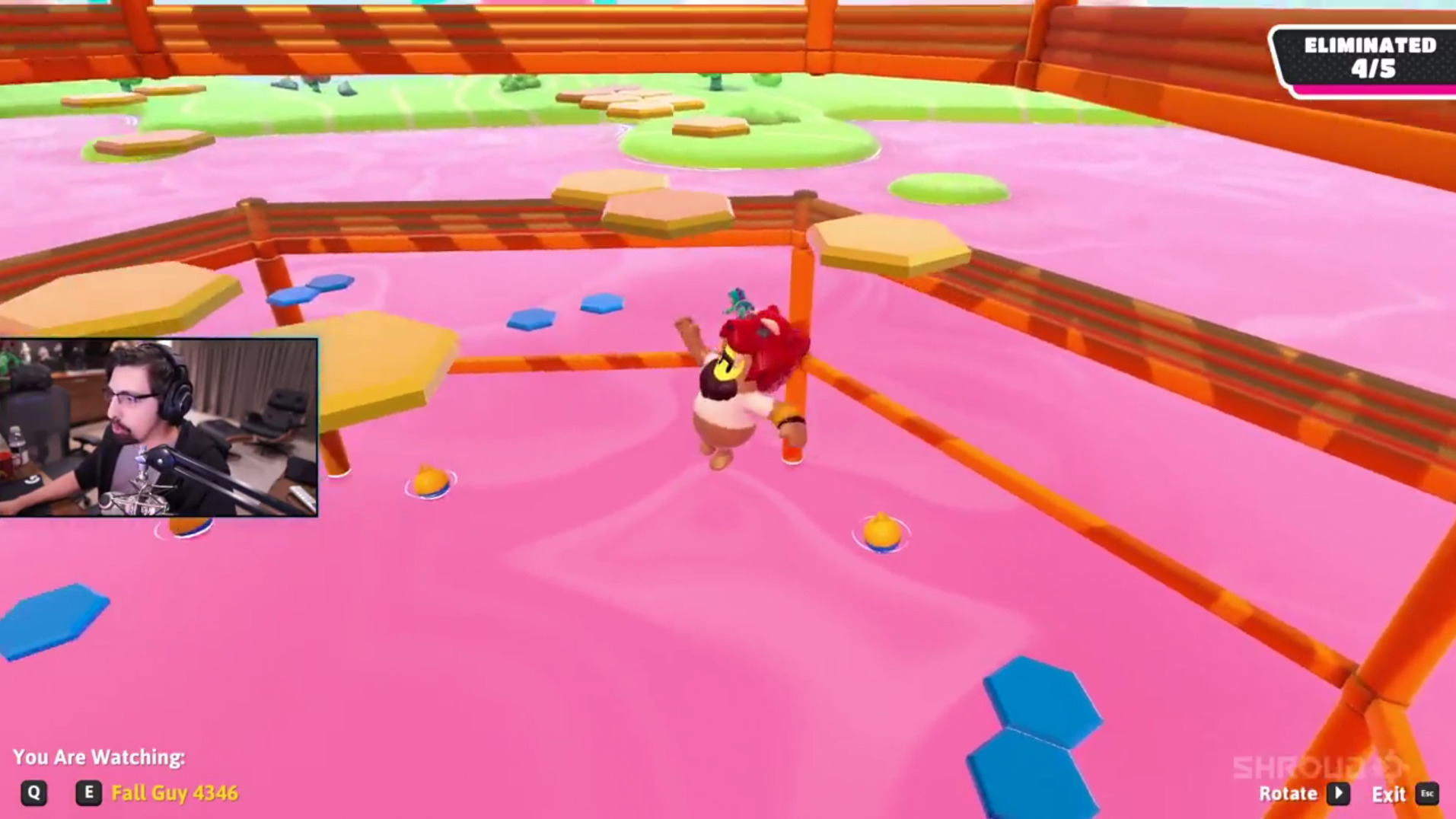 Cheaters have been a massive problem in Fall Guys since its release earlier this month. Every day, more players are posting clips of players cheating in their games.

During his first Fall Guys stream, Shroud, who recently made his return to Twitch, encountered a cheater. During the Hex-A-Gone mini-game, everything looked to be normal until Shroud began spectating one of the remaining players after falling.

Once there was no solid ground left for them to use to get to the next platform, the player he was spectating jumped on an invisible hexagon to reach the next one that was still in play. At the same time, the other remaining player fell and was eliminated, meaning the cheating player got the win.

The team at Fall Guys expressed they were aware of the big cheating problem within the game posting a tweet earlier today.

In the post, the developer reminded players that it is not necessary to manually report cheaters as the detection system it has put in place should be able to find and take action against them. When players first began reporting cheaters in their games, Fall Guys set up a dedicated Discord to report them to the team.

With Fall Guys’ first competitive tournament coming soon at Twitch Rivals, the company has made banning cheaters a top priority.