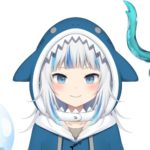 The Hololive hole has consigned many to its adorable anime girl depths, but it’s an overwhelming journey to begin. There are more than 40 affiliated talents ranging from the archetype idol to anthropomorphic dragons, thousands of streams and clips, and over 10 million subscribers across various video platforms.

The main difference between Hololive and other streamers, VTubers or otherwise, is that the company started off as a talent agency with a strict interview process. Besides portraying their personas, Hololive streamers are a multi-talented bunch—capable singers, dancers, and artists.

Every journey starts with a single step. Here’s a quick guide to 10 of Hololive’s most popular streamers—and you might just find a VTuber who resonates with you.

For most streamers, experiencing technical difficulties on their first stream and managing to utter a singular “A” before crashing to a loading screen would be a nightmare. For Gawr Gura, it’s now the often-memed start of her meteoric rise as a VTuber.

Debuting on Sept. 13, 2020 as part of Hololive EN, the company’s first generation of primarily-English speaking talent, Gura became the most-subscribed Hololive VTuber in just 37 days. Two more days later, she became the first Hololive talent to reach one million subscribers, though many have since followed in her footsteps. She’s one of two VTubers in the world to have two million subscribers—and she’s not slowing down.

Gura plays a variety of games, often collaborating with fellow Hololive EN streamers for co-op adventures. She’s particularly skillful at rhythm games and also has a fondness for the horror genre.

Inugami Korone’s infectiously enthusiastic personality and propensity to spew out bite-sized, shareable nuggets of content have helped her become one of Hololive’s most popular streamers.

Korone’s eagerness extends to her desire to learn English to better communicate with her overseas fans. She’s not fluent by any measure, but her broken English has spawned dozens of loving fan-made animations, channeling the energy of the classic internet meme “all your base are belong to us.” It’s only made more adorable by virtue of her being an anime girl with the most infectious laughter.

Part of Hololive GAMERS, Korone’s usual content revolves around retro games and platformers, though she’s had high-profile playthroughs of more modern games like the rebooted DOOM series and Assassin’s Creed, even getting an Easter egg in DOOM Eternal. She’s known for her immense stamina both physically and mentally, completing feats such as skipping rope for 3,000 repetitions and doing a 24-hour playthrough of AC: Syndicate in one sitting.

One of the first talents to debut for Hololive, Shirakami Fubuki’s first viral clip—a cover of Scatman John’s hit single “Scatman (Ski-Ba-Bop-Ba-Dop-Bop)”—is a perfect encapsulation of the VTuber.

Her rapid-fire speech ability has been used adequately to geek out about glasses and singing a song meant to be enunciated by machines.

Fubuki isn’t afraid of doing things out of the ordinary and creating content out of seemingly nothing. A notoriously hard worker, she’s done full streams entertaining Hololive fans while fellow streamers overslept their scheduled start times or digging a pointless hole in Minecraft.

The streamer has one of the widest and most varied content scopes, ranging from short vlogs and long movie watch alongs. Casual Among Us rounds and sweaty Apex Legends matches are aplenty, as is indulging in her gacha addiction in games like Arknights and Fate/Grand Order.

Pekora plays a wide variety of games on her channel, but her most popular streams tend to be about her Minecraft shenanigans where she’s in charge of the Usada Construction Company. She triggered a giant mech arms race in the Hololive server with her pioneering Pekodam, forged lasting friendships through language barriers, and pranked her friends with a clever mechanism.

Marine is consistently risqué and unfiltered during her streams, which makes for great listening whenever she delves deep into personal stories, and often doodles on streams to further illustrate and add color to her tales. Senchou’s drawing skill is one of her greatest strengths and she’s frequently done fan art for her appreciative fellow talents. She’s an exceptional singer as well, often hosting karaoke streams, and she’s one of the few VTubers to have her own original theme song.

A talented gamer with the poise and singing gifts of an idol, Minato Aqua’s masochistic tendencies, alleged small size, and airheadedness have nevertheless lent herself to being frequently bullied by fellow streamers. While she’s a dedicated pranker to others whenever she comes out of her introverted shell, they tend to backfire spectacularly.

Under Aqua’s outward awkwardness and clumsiness, however, lies a pedigreed gamer accustomed to the solo grind. Her game of choice is Apex, where she specializes in the slippery Wraith and is ranked Diamond. She’s also Diamond in League of Legends and has claimed first and second in Hololive’s Mario Kart competitions, even being driven to frustrated tears when she failed to defend her title.

The Reaper is here to claim your souls, with a combination of her documented failure to play the kazoo, hard-hitting raps, and dying on stream—more than once.

The first streamer to debut for Hololive EN, Mori Calliope’s wonky first stream was capped off explosively with the reveal of an original song titled “Excuse My Rudeness, But Could You Please RIP?,” written and rapped by herself. It immediately set the tone for her hot-and-cold personality and she’s since released several singles, showing off a full breadth of musical talent.

Calliope has played a wide variety of games but has a love for platformers. She frequently collaborates with the EN generation, especially with Takanashi Kiara, an immortal phoenix, exhibiting marked chemistry in the ironic relationship.

Kiryu Coco’s vulgar and willingness to plunge into nonsensical dumpster humor has frequently dragged streamers and viewers into the gutter for a dirty bath.

Fans are more than willing to feed into the degeneracy, sending hand-crafted memes with the care of sushi masters via the Reddit conveyor belt, arriving fresh at her table for her to consume and critique. Coco’s “Reddit Shitpost Review,” often with a special guest from the Hololive stable, is some of her most popular content and provides a rare first-hand look at how these mostly Japanese streamers react to overseas fans.

Coco is the host of a parody daily morning show titled AsaCoco, with actual news and announcements sprinkled in amidst a sea of depravity, such as commercials peddling fictional drugs, warnings against disloyalty, and promoting a yakuza organization university.

Amelia Watson is a sweet, homely, undercover detective—until she turns into a raging gremlin, with her poor desk often the immediate victim of her violent outbursts.

Described as a “toxic gamer” by fellow Hololive EN streamer Calliope, Watson’s inexplicably terrible childhood has given her a penchant for salt seasoning on her legitimate skills in FPS games.

Watson’s streams revolve around shooters like VALORANT and Apex, though she frequents the Hololive EN Minecraft server. Her innate tryhard comes out in all genres of games, though, whether it’s platformers like Mario Odyssey or trying her first gacha.

Initially starting her streaming career as a somewhat-stereotypical tsundere schoolgirl, Akai Haato has since evolved/devolved into an eldritch abomination masquerading as a chaotic content creator ala HowToBasic (who she references often) and FilthyFrank.

It’s a jarring juxtaposition between her anime girl looks and haywire demeanor that’s earned her a legion of loyal fans. Haato was stuck in Australia for the majority of 2020 while most of her peers were in Japan, causing her to be less active as a streamer compared to other members of Hololive.

When she’s not “cooking” inedible burnt dishes, Haachama’s usual game of choice is Minecraft, where she builds strange statues and a surprisingly scenic roller coaster. Sometimes, Haachama even remembers she’s an idol and flexes her singing chops. She’s also made a concerted effort to improve her English, even taking tests on stream, and collabs with Hololive EN streamers regularly to practice her communication skills.

Most Hololive streamers are based in Japan, their YouTube streams tend to be exclusively in Japanese, and are monolingual or only have elementary English skills. Don’t be afraid to start your Hololive journey just by viewing short, easily consumed subtitled clips—or, you know, a two-and-a-half-hour subtitled video about the Minecraft Hololive Sports Festival that involved over 30 Hololive VTubers.

There are several content creators dedicated to clipping stream highlights and translating them, with some channels even following specific Hololive VTubers. When you’re ready to jump into livestreams, often lasting hours, translators are often present in the chat, with fans even building Chrome extensions like LiveTL for live translations. So don’t be afraid of the language barrier and have fun diving ever deeper into the Hololive hole.

Correction Feb. 17 8:09 am CT: An earlier version of this story incorrectly said that Haato is currently pursuing a university education in Australia. The streamer was a high school student based in Australia in 2020 and returned to Japan in 2021. The error has since been rectified.