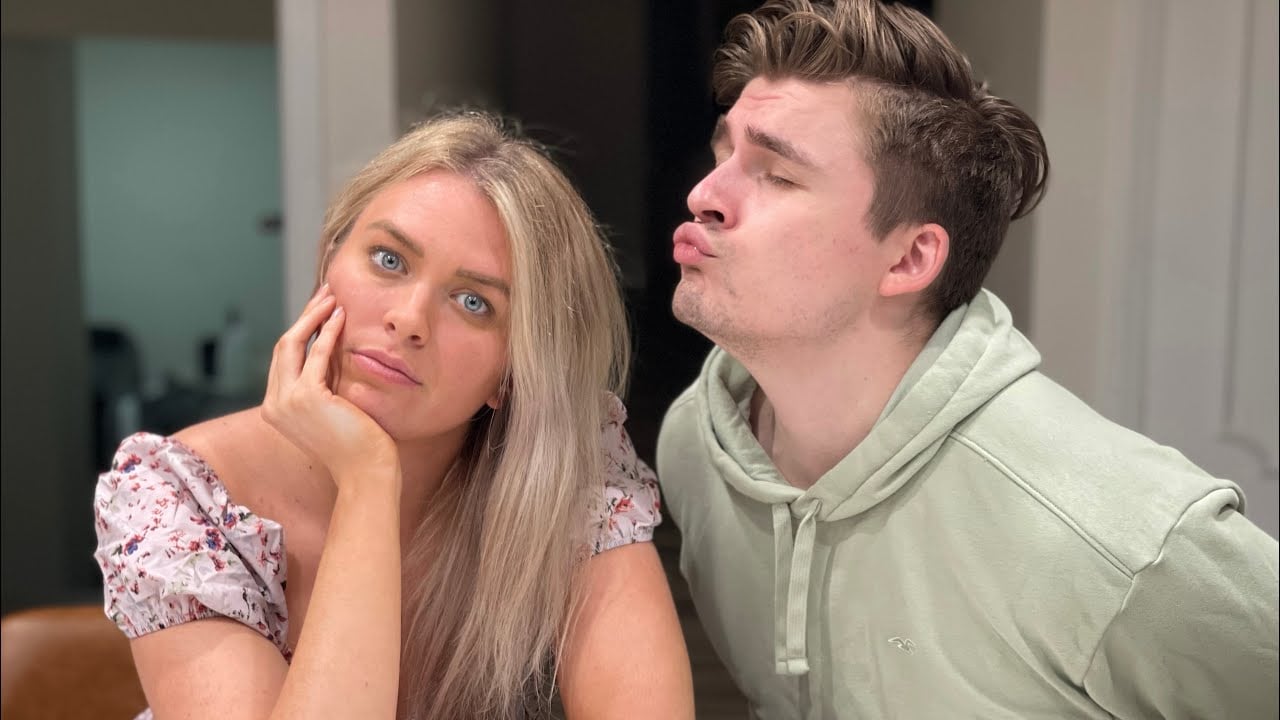 On her Twitch stream yesterday night, TSM’s QTCinderella reviewed the highlights from her wild and successful Shitcamp 2021 event, where top Twitch streamers like Ludwig, xQc, Sodapoppin, Justaminx, and Hasanabi participated played trivia and dress-up, and went to a gun range, among other activities.

After watching a number of the top clips, QTCinderella prepared to show a clip from her boyfriend Ludwig’s stream. The clip is titled “The Mogul Money ads are getting crazy” and currently has nearly 80,000 views. It’s a highly-produced advertisement for Ludwig’s Jeopardy!-inspired game show, Mogul Money, where Ludwig hosts rounds of trivia. A number of well-known Twitch streamers and influencers appeared on the show’s first episode, including DisguisedToast and JSchlatt.

But a viewer told QTCinderella that Pokimane had watched the clip on her stream already and it was fine, to which QT responded, “Poki watched it? Yeah, Poki would not get banned. QTCinderella would get banned. Do you understand the difference between me and Poki?”

The “difference” between QTCinderella and Pokimane that QT is referring to is, presumably, their Twitch statistics and audience size. Pokimane has 8 million Twitch followers and an average of 500,000 total views per stream. QTCinderella, who recently signed with TSM, has about 500,000 Twitch followers and her total views per stream vary widely from 30,000 to 100,000 or more depending on stream length and content.

Pokimane is considered to be ‘The Queen of Twitch,’ a title that implies sovereignty and a degree of invincibility. While QTCinderella may or may not be aware of her callout, she is pointing out the fact that Twitch subjectively enforces its guidelines and is willing to bend its rules for its top streamers, often referred to as “Twitch royalty.”

QTCinderella’s chat had mixed opinions on whether it was safe to show the video. Some said that she could because she is signed to TSM and that production blood is acceptable, while others warned against it.

This has been an issue on Twitch for many years now, as users have long complained about Twitch’s inconsistent rule enforcement about its dress code rules, permitted language, and rules surrounding sexual or violent games or behavior on stream. And many have spoken out about Twitch’s inconsistent rule enforcement in the past for streamers like Fedmyster and xQc.

Twitch’s current Community Guidelines state that “content that exclusively focuses on extreme or gratuitous gore and violence is prohibited.” Whether this rule applies to Ludwig’s Mogul Money advertisement clip, which showcases fake blood, vomiting, murder, as well as a chainsaw cutting up a body, remains to be seen.