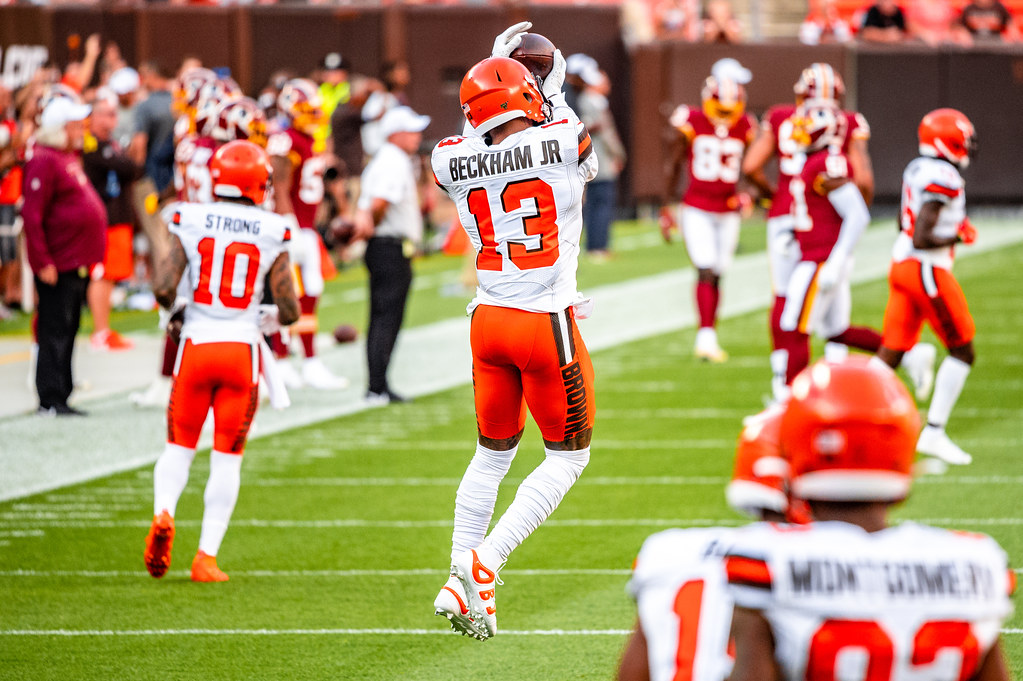 Photo via Erik Drost/CC BY 2.0

Cleveland Browns wide receiver Odell Beckham Jr. is going from the gridiron to the Gulag.

The NFL star’s YouTube stream debut will be tonight at 7:30pm CT, where he’ll pair up with Dr Disrespect to try to get some wins. The two will likely jump into Call of Duty: Warzone, especially after Doc gifted Beckham a Scuf Impact Dr Disrespect controller on the pretense of getting the “job done” and “look[ing] good doin it.”

The wide receiver has plans to stream every Monday and Tuesday throughout the NFL season on his YouTube channel. Beckham will stream with CoD pro Scump tomorrow at 7:30pm CT.

Beckham isn’t the first professional athlete to venture into the streaming scene. Philadelphia 76ers forward Ben Simmons, for example, is an investor and member of FaZe Clan, playing the role of ambassador for content and advocating for gaming and esports.

The Browns are coming off a big win over Washington in yesterday’s game, improving to 2-1 in the 2020 NFL season.