Bandai Namco and Amazon Games have joined forces to launch a Pac-Man Twitch channel. But instead of streaming Pac-Man gameplay, fans will be able to play a co-op multiplayer game.

The Pac-Man Live Studio was announced today. To celebrate Pac-Man’s 40th anniversary, players will be able to play online and publish their own mazes to the community, like Super Mario Maker. The game won’t require a download and will be free to play directly in the live Twitch channel.

Player will have four modes to choose from while trying to achieve the co-op high scores: 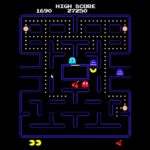 Pac-Man is a Japanese video game franchise first released in arcades in 1980 by Namco. The franchise is famous for its maze game, but it’s launched other genres like platformers, racing, and sports.

It’s seen regular releases for nearly 40 years, sold nearly 48 million copies across all platforms, and has grossed over $14 billion, only behind the Mario franchise, Pokémon, and Call of Duty.

Pac-Man Live Studio will be playable on Twitch (PC) and will be released in June.