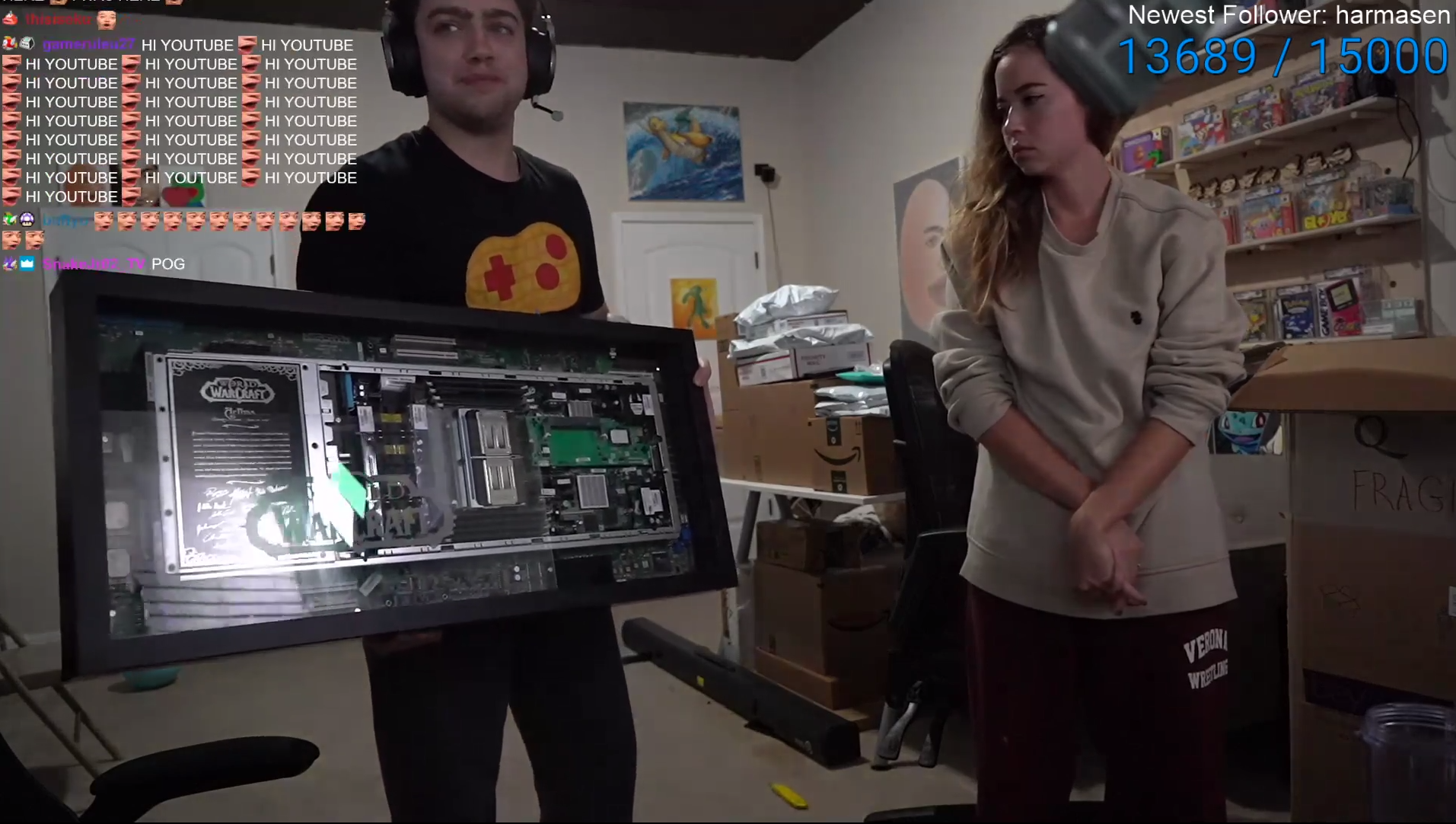 Popular Twitch streamer Mizkif has received a piece of World of Warcraft history, acquiring an original server blade used for the game.

Mizkif unboxed the collectible during a recent stream, showcasing the impressively framed item for the chat to see. The streamer shared his excitement about receiving the item, explaining that it’s not just any original server blade but the server blade that housed the Arthas server.

Arthas was a North American based server that ran between February 2005 to June 2010. This server was especially popular due to it being titled after one of World of Warcraft’s most popular characters, Arthas Menethil, who went on to take the mantle as the Lich King.

The server blade includes a plaque with the server name, some information about the server, and the signatures of many of the developers behind the game.

This specific item was one of the first server blades made available, originally sold by Blizzard as part of a charity campaign where it auctioned off retired server blades to raise funds for Pencils of Promise, a global education organization creating schools, programs, and global communities to provide education to all.

Mizkif’s newly acquired server blade was bought during this auction before being resold over eBay for $5,000. This is where it’s believed the streamer got a hold of the product.

The streamer found his Twitch beginnings playing World of Warcraft before pivoting to focus mainly on Just Chatting and variety streaming, which is what his streams mostly consist of today.