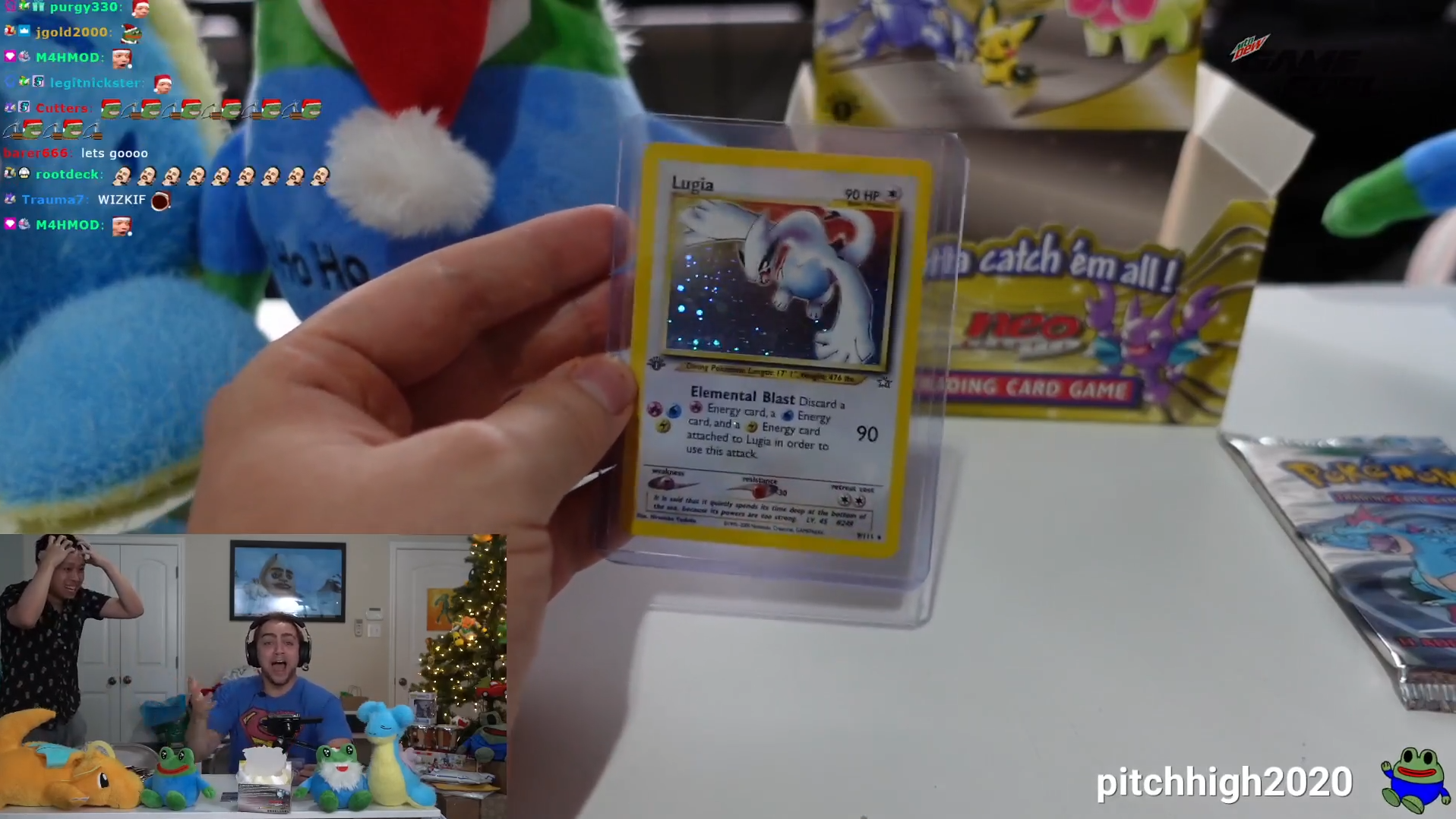 Pokémon cards have been all the craze on Twitch over the past month with many of the site’s most popular streamers trying their hand at finding the rarest cards.

Over the past week, a group of streamers has been taking part in “Pokémon Week,” an event that has seen hundreds of thousands of dollars’ worth of card packs opened over seven days.

On the final day of the event, Mizkif opened the most expensive box of the whole week, a first-edition Neo Genesis worth $70,000.

After having mostly underwhelming pulls from the box, Mizkif struck gold, pulling the rarest card from the set, a holographic Lugia.

According to PSA authentication and grading services, at a PSA 10 quality the card’s value averages at $70,000, however, it was most recently sold for $129,000.

PSA have only ever graded 41 PSA 10 Lugias, according to the site. The card’s value does significantly decrease with quality, however, with a PSA 9 averaging at only $5,000.

Regardless, to pull a Lugia from one of these packs is extremely rare and the most sought-after card in the set.