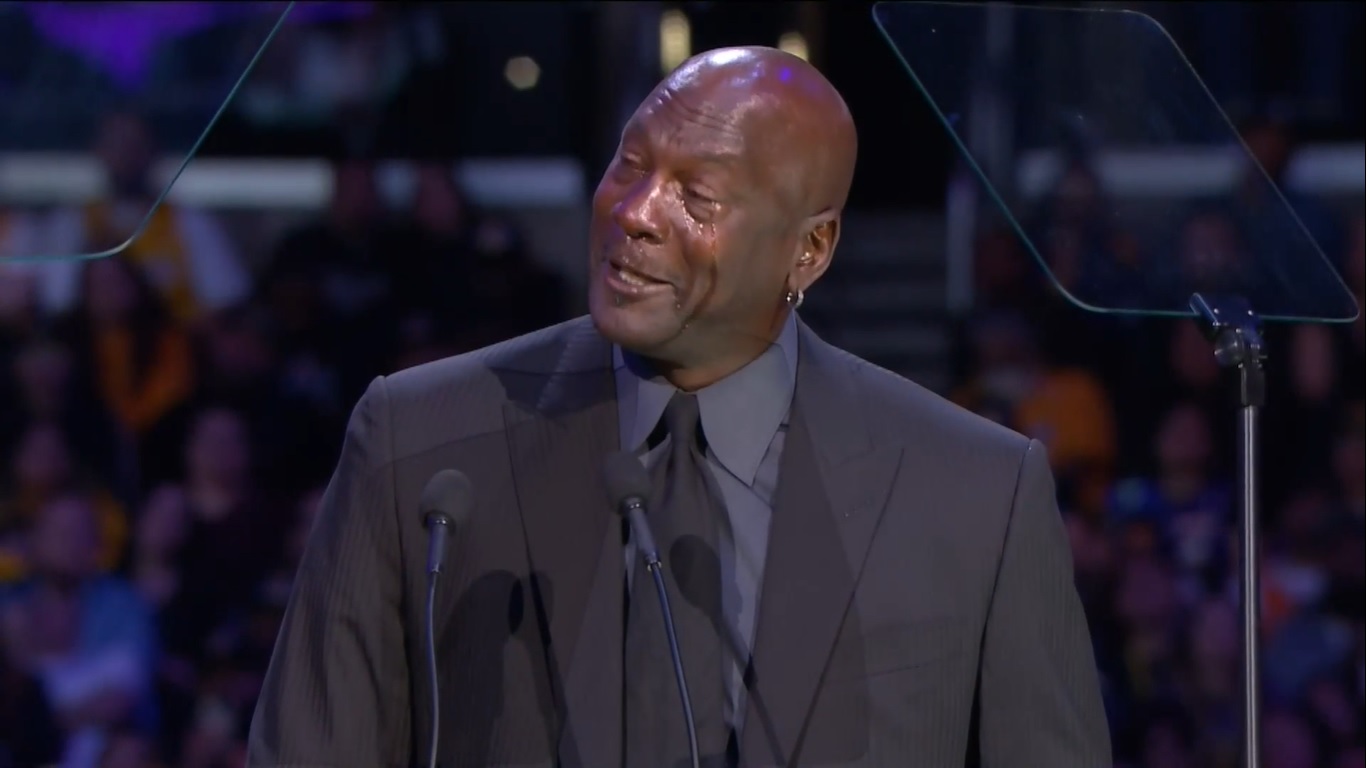 Michael Jordan is the greatest basketball player of all time. He’s an NBA Hall of Famer that was front and center of the legendary Chicago Bulls dynasty in the 90’s, and a logo of him jumping is the premier indicator of a billion-dollar sneaker brand. Yet, his most famous contribution in the past decade might not even be basketball-related.

Jordan’s crying face has been assimilated by the internet. Even for those who have not watched a game of basketball in their life, For all of Jordan’s accomplishments in basketball, it is the Crying Jordan that has become a mainstay in meme culture. At least the player thinks it’s funny.

Jordan made a reference to the meme while delivering a moving eulogy at Kobe Bryant’s memorial service. Bryant and his 13-year-old daughter Gianna Bryant were two of the nine victims in a helicopter crash near Calabasas on Jan. 27.

“Now he’s got me [crying]. Now I will have to look at another crying meme,” said Jordan. “I told my wife I wasn’t going to do this because I didn’t want to see that for the next three or four years.”

In spite of the somber atmosphere at the memorial, Jordan’s self-deprecating jab saw the crowd erupt into rapturous cheers.

Despite the player’s initial reservations about the meme, Jordan had no qualms pouring his feelings out for a player he called his “brother.”

“That is what Kobe Bryant does to me,” said the legend.