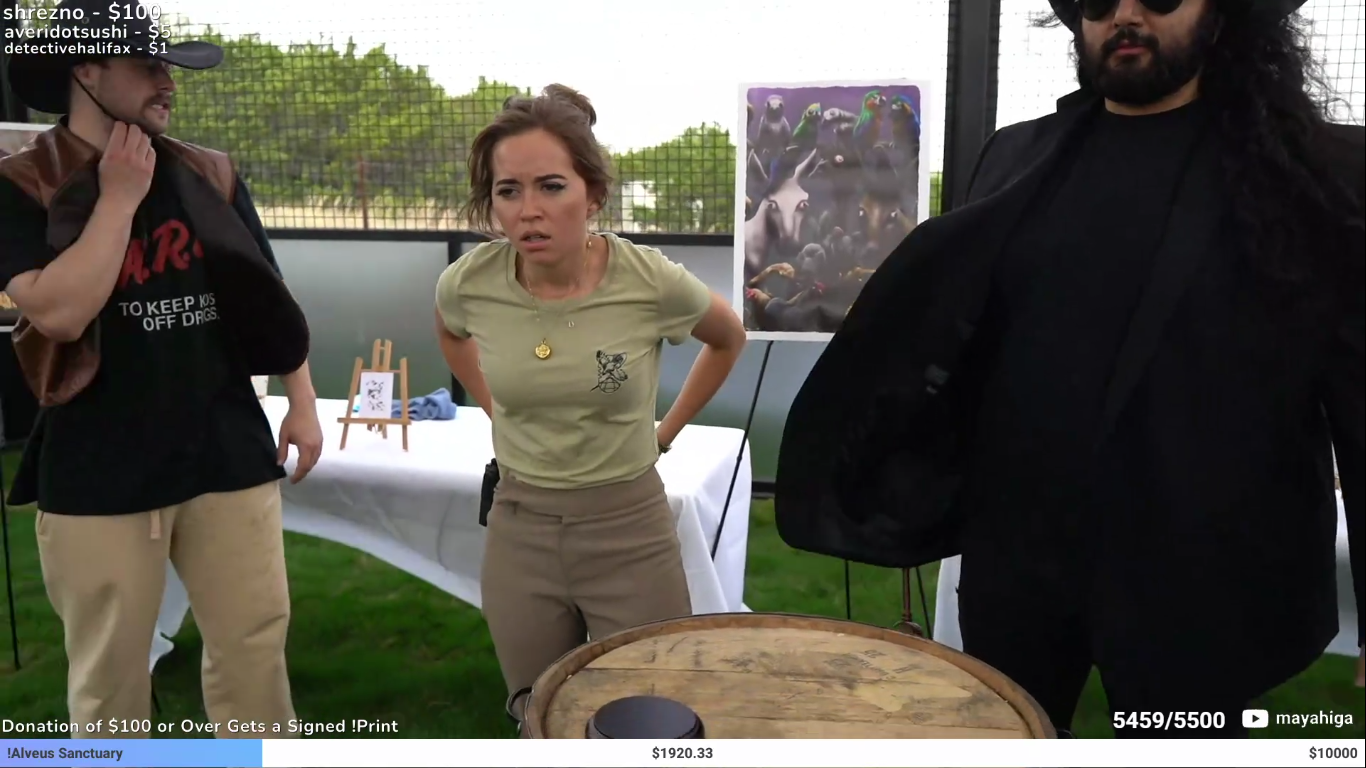 Popular Twitch streamer and animal conservationist Maya Higa put on a charity stream that auctioned off artwork made by animals for Alveus Sanctuary, raising more than $40,000 for the organization.

In February 2021, overnight Twitch sensation Maya Higa raised more than $500,000 to kickstart her lifelong goal of founding her own animal sanctuary. Dubbed the Alveus Sanctuary, Higa has since produced countless hours of content displaying some of the rarest, most unique, and endangered animals at the sanctuary. In a recent Earth Day fundraiser stream, Higa, along with several other fellow streamers, raised more than $40,000.

While Higa hosted the stream alongside Esfand, Rich Campbell, and QTCinderella, the animals played a vital role in the stream’s success. Most of the artwork being auctioned off to top donors was painted by the animals themselves.

Abstract pieces, such as works created by a resident chicken, were auctioned off for over $500, with countless other Alveus inhabitants rivaling their work. Other animals made appearances on stream, such as the fan-favorite Stompy, an Emu ambassador for the organizations.

While the initial stream goal was to raise $20,000, the Alveus team quickly shattered this milestone in the first hour of the stream. Surpassing their goal one more time before the broadcast’s end, Higa ended up raising over $40,000 for the animal sanctuary. While Higa and her circle of streaming companions have hosted several fundraisers for Alveus since the sanctuary’s inception, this was among the organization’s most successful.

The VOD is still fully available on Maya Higa’s Twitch channel for fans who want to relive the broadcast in its entirety.