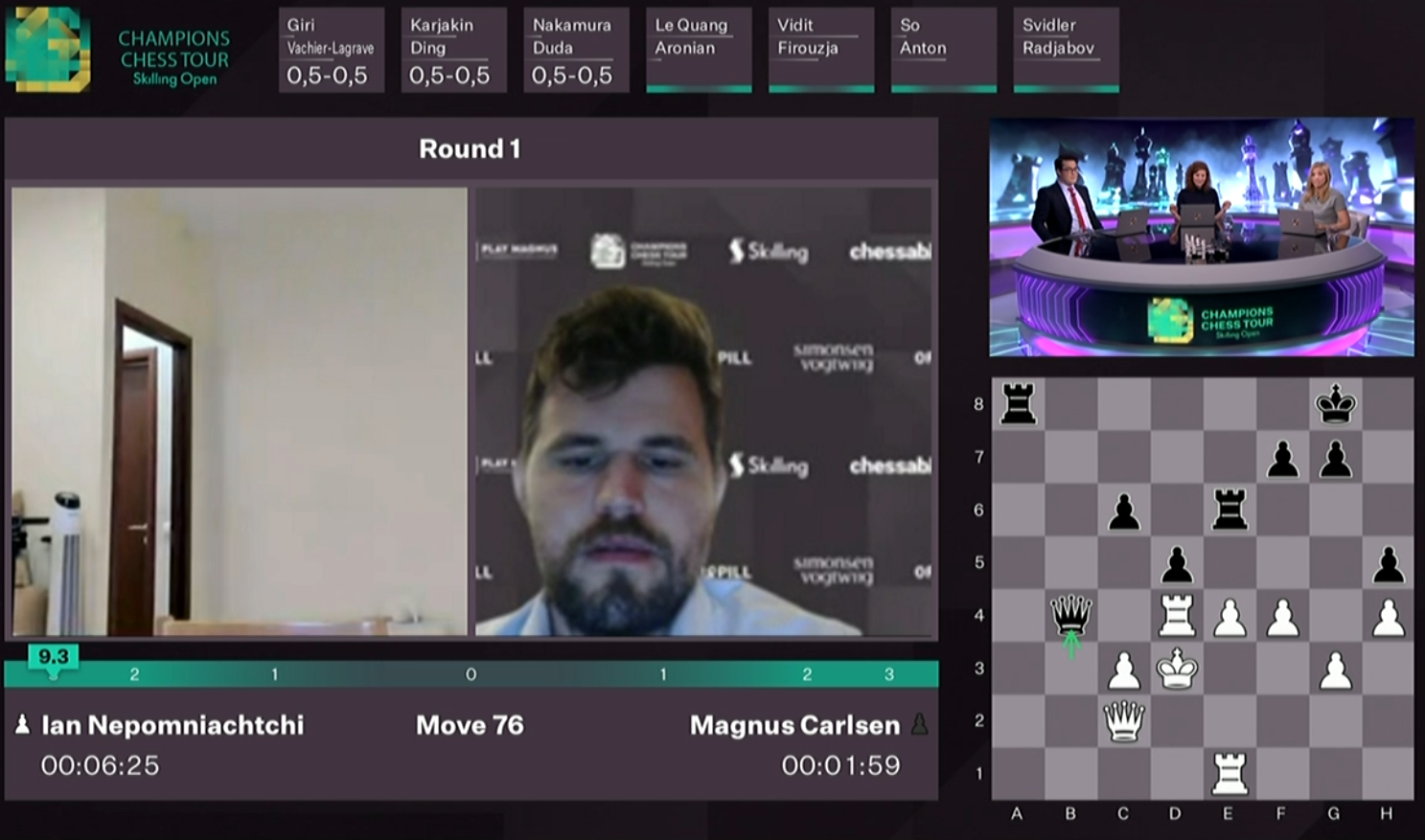 In any tournament situation, the pressure is on as competitors attempt to best their opponents and get closer to the prize. And competitive chess—where one mistake can cost a player the entire game—is no exception.

During a recent tournament, chess Grandmaster Magnus Carlsen’s one small error caused him to lose in his first match of the day.

It appeared as though Carlsen accidentally moved a piece due to a slip of his mouse. This move immediately put his queen in the danger of being taken by an enemy pawn, a game-changing misstep that completely altered the trajectory of the game.

Carlsen did not wait to see how this played out, however. He instead resigned from the game and accepted the loss.

The Skilling Open was the first leg of The Champions Chess Tour that will hold 10 events over the next 10 months with more than $1 million to be earned in prize money.

This was the first day of the nine-day event that spans until Nov. 30. The winner of this leg of the event will take home a grand prize of $30,000.