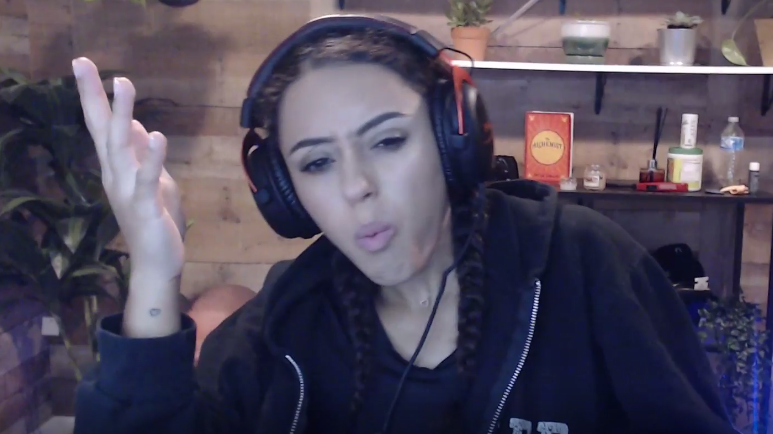 Variety streamer Macaiyla was disconnected from Twitch twice on Tuesday, thanks to her microphone stand wreaking havoc on her and her setup.

The first incident happened while she was just chatting with her viewers. As she was casually readjusting in her seat, the microphone fell off and the stand’s springs quickly flipped the metal arm straight up, apparently clipping her nose in the process.

An automated disconnect stream took the place of her video feed and the chat began to laugh at her misfortune by spamming OMEGALULs and LULWs.

The second attack began with Macaiyla successfully defending herself from the mic launching itself again, but her efforts proved futile. Just seconds after easing the stand back into place, the mic fell off in exactly the same way, prompting yet another disconnect screen.

r/LivestreamFail commenters were quick to grab a frame perfect screenshot of Macaiyla’s confusion and joked that it could become a global Twitch emote.

After the second disconnect, Macaiyla seemed to be understandably frustrated. She wrote in her chat, “Ok I’m done today. Thank u goodbye,” and ended the broadcast.