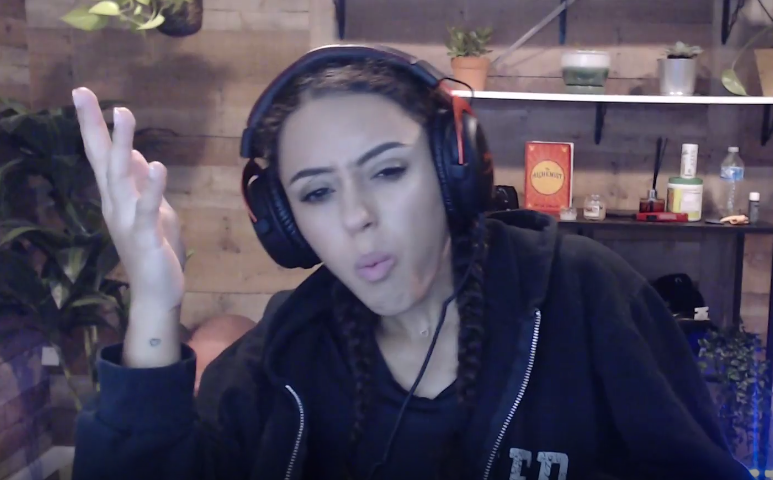 The streamer informed fans of the bad news in a tweet today, alluding to the fact that the ban is unfair.

Macaiyla explained that she was scrolling through Twitter to unblock fellow streamer Dimitri “Greekgodx” Antonatos when she accidentally stumbled upon a woman’s breasts. The streamer expressed that she felt the ban was “random” because the offense happened two days ago.

“I don’t ever browse twitter at random on stream,” the streamer said in another tweet. “It was extremely random that the one time I go to do something there’s tits. Nothing I could really do.”

Showing any form of sexual content on stream goes against Twitch’s Community Guidelines.

“Nudity and sexually explicit content or activities, such as pornography, sexual acts or intercourse, and sexual services, are prohibited,” the guidelines reads.

Macaiyla isn’t the first streamer to be banned for inadvertently showing nudity, though. Former Overwatch pro Félix “xQc” Lengyel received a three-day Twitch ban in July for watching a sexually-suggestive video that briefly showed a penis, even though a Twitch employee approved it.

Macaiyla streams a number of games, including League of Legends and Minecraft. She’s also known for her romantic relationship with League streamer Tyler “Tyler1” Steinkamp.

Fans itching to watch Macaiyla stream can do so on her Twitch channel, which will likely be reinstated in three days.