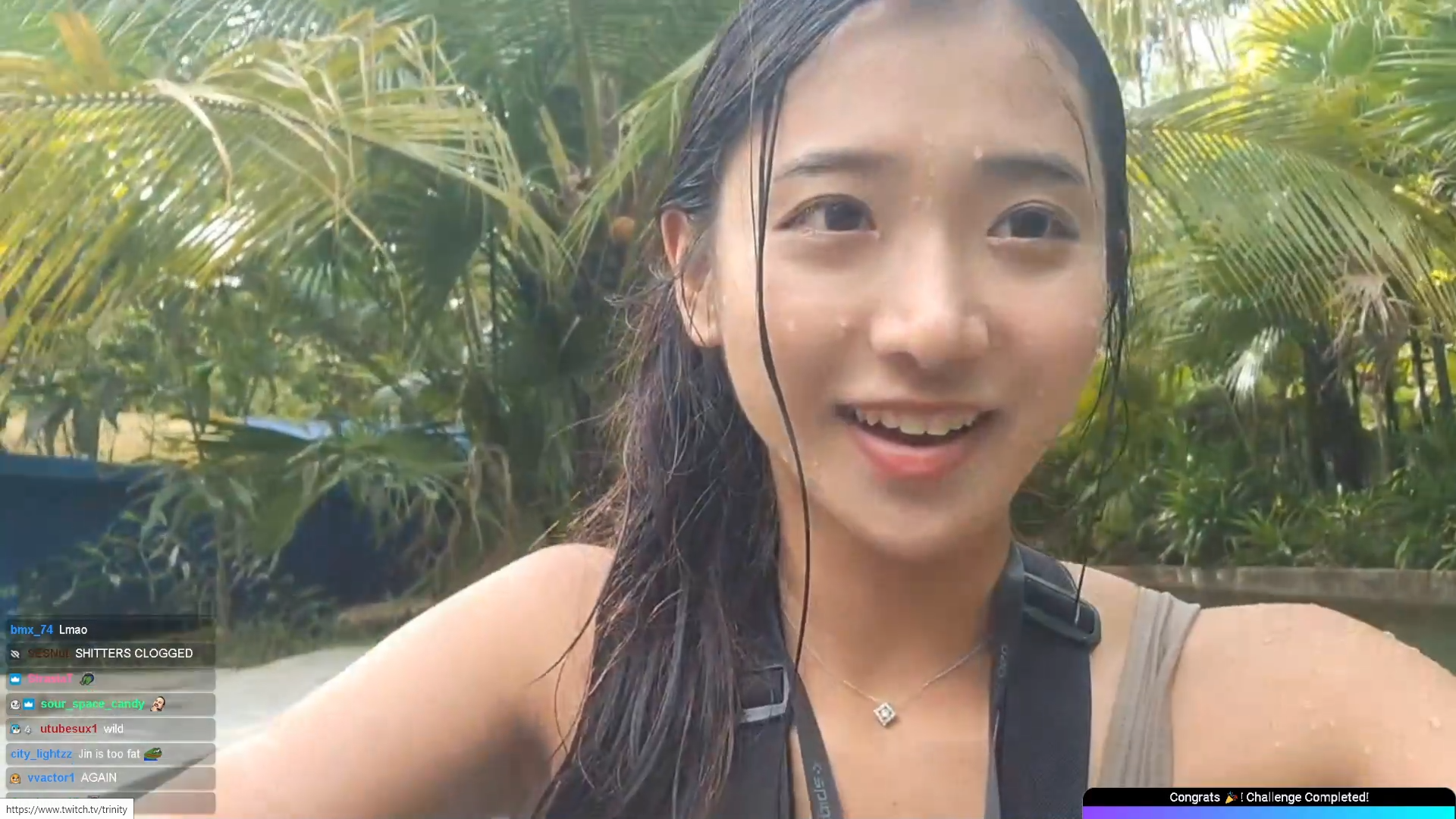 Travel streamer Jinnytty went to a water park during her trip in Malaysia, and the experience could have taken a turn for the worst when she experienced an issue in a waterslide.

She went down the slide, hoping to experience a long ride since it’s described as the longest one in the world, but she nearly ended up staying longer than expected. A few seconds into the experience, she began to slow down and then even started to ascend in the slide. Eventually, she stopped moving completely.

Fortunately, she landed right next to an exit hatch and a staff member at the water park told her to get out of the waterslide without giving her an explanation. She got out without getting hurt, but she was rather confused at what just happened.

“I was freaking out,” Jinny said while walking away from the ride. “I was scared that someone would be going down, too.”

Related: Jinnytty shuts down IRL Twitch streaming critic: ‘This is literally the coolest thing you could do’

She didn’t discover what the issue with the waterslide was but assumed her swimsuit had too much friction and slowed her down. When viewers asked if she was going to try the ride again, she refused, saying she would likely get stuck again.

Jinny has been experiencing all kinds of funny or scary situations since she arrived in Malaysia, from stumbling upon a snake to getting bullied by monkeys and going sightseeing in unusual places. Her next destination will be Langwaki, Malaysia, before traveling to Australia in a few days.