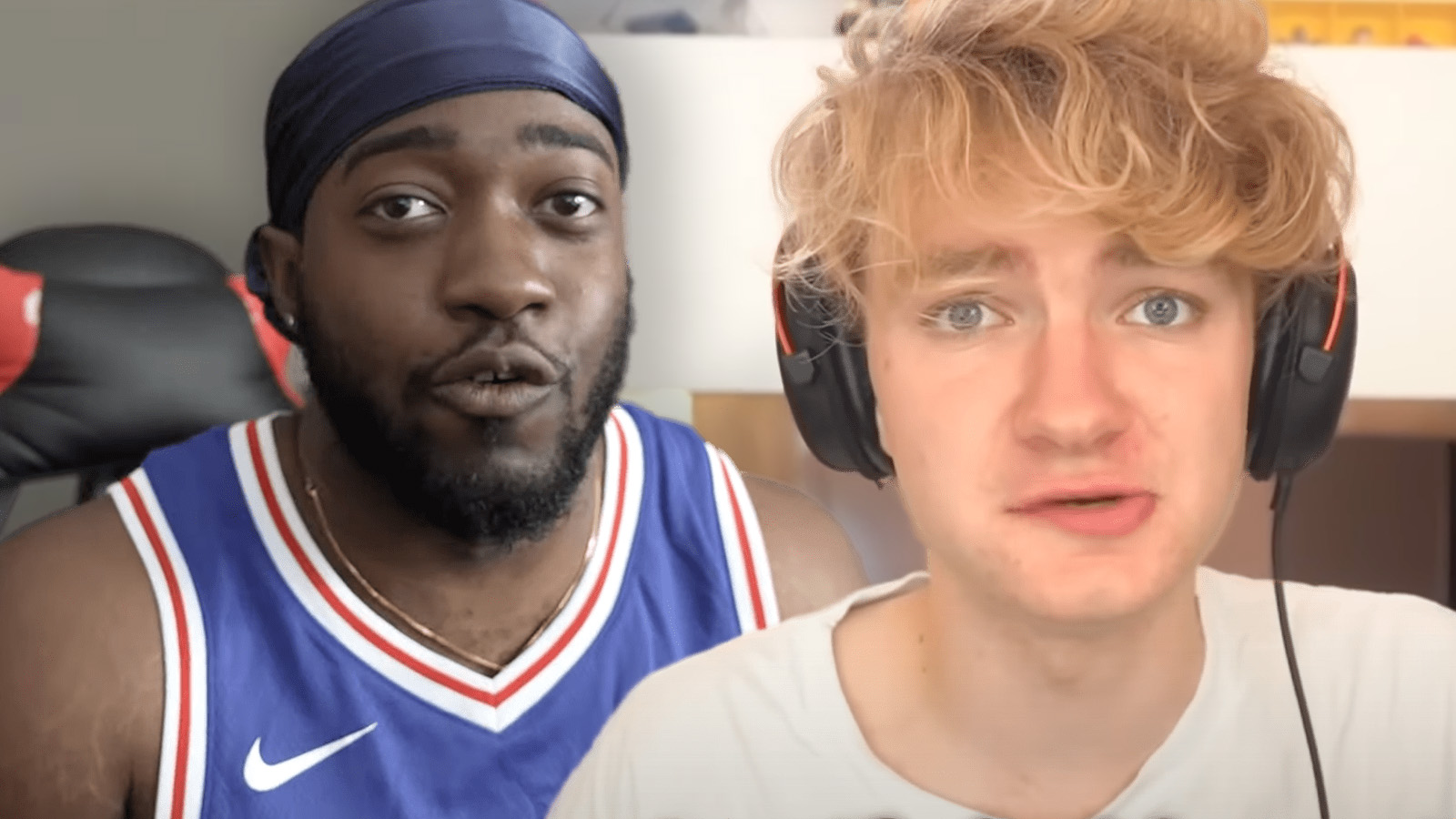 YouTube prankster Jidion Adams released a video showing his side of the story regarding claims he harassed Thomas “TommyInnit” Simons’ fans at TwitchCon Amsterdam. He insists it proves his innocence.

Jidion gatecrashed the event despite being permanently banned from the platform and was there for several hours. He eventually got kicked out, although it was unclear why.

After the event ended, accusations that he was harassing, bullying, and making Tommy’s fans feel uncomfortable in the meet-and-greet line started floating around on social media.

Tommy eventually caught wind and slammed Jidion, calling him a troll, a dickhead, a fucking prick, and more. Jidion denied the claims at the time, and now he’s backed it up.

“It’s not true, and I have the footage to prove it,” he said in a YouTube video on Aug. 3.

In the footage he shared, Jidion appears to have positive interactions with Tommy’s fans in the line, including friendly chats, handshakes, hugs, and pictures. He even had a good laugh with one of his security guards.

The only negative moments were incited by fans telling him to “shut the fuck up” while he was cheering and telling him to move in front of them because he was “pissing them off” due to his loud screaming.

Admittedly, Jidion was being louder and more boisterous than anyone else around, and the clips might not show everything. His behavior seemed pretty innocuous based on the footage he shared, however.

Still, the people who complained about him eventually flagged down security and said he was being loud, filming people without their permission, and said “really weird” comments about Tommy.

At that point, he agreed to turn off his camera and keep things quiet, so they let him stay, and eventually, he managed to meet Tommy, who didn’t recognize him at first but realized moments after.

Next, he mingled with Hasan Piker and Imane “Pokimane” Anys, the latter of whom he explained what happened. A pair of Tommy’s fans walking by approached them and agreed that people were overreacting.

That was when security finally flagged him down and kicked him out for wearing a fake badge, although it seemed like the alarm bells were already ringing due to the accusations made about him earlier.

Jidion said he doesn’t harbor any resentment towards Tommy and would have reacted the same way if someone told him another content creator was harassing his fans at a meet and greet.

He believes it proves his innocence, however, and many comments on the video suggest most people agree. “It’s awful that so many people were saying you were harassing them. The same people who were swearing at you.” said one fan.

“This was even less than what I thought it was gonna be like,” said another. “I knew stuff was being exaggerated, but Jidion was actually being openly nice to the people who were respectful in the crowd.”