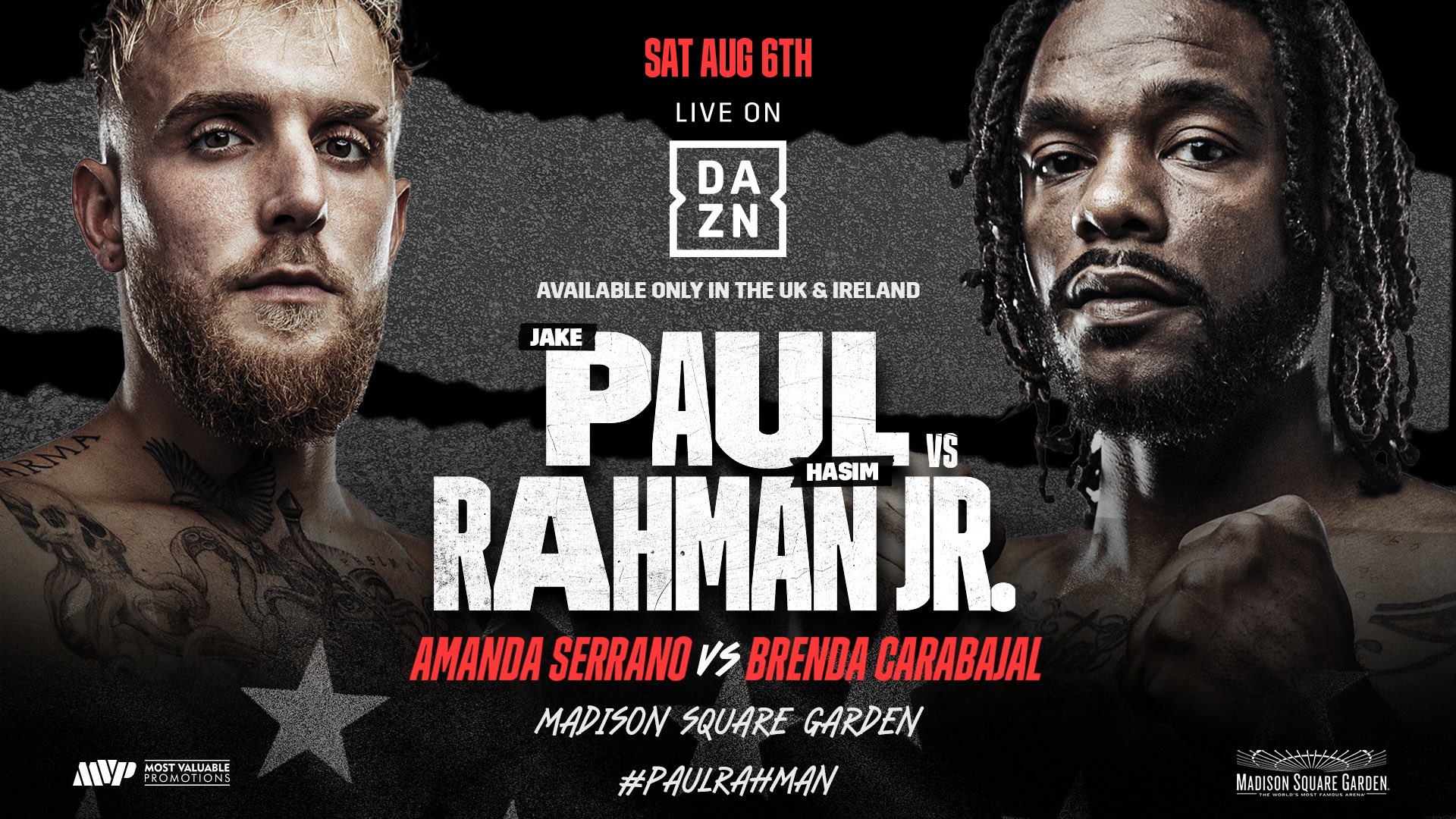 Jake Paul’s latest boxing endeavor appears to be off, with the boxer and his management announcing that he would not fight against Hasim Rahman Jr. due to a weight dispute between the fighters and their camps.

The trouble stems from the agreed upon weight that the fight was supposed to take place at. According to the Paul camp, the fighters were originally supposed to weigh in at no more than 200 pounds. When Most Valuable Promotions says it became clear that Rahman Jr. would not make this weight, the New York State Athletic Commission reportedly stated that it would not sanction the fight at any more than 205 pounds.

It’s a fitting end for a pay per view card that was troubled nearly from the outset. Rahman Jr. was a replacement for Tommy Fury, the English boxer and Love Island star that Paul was originally slated to fight. When Fury withdrew due to visa issues preventing him from entering the United States, Rahman Jr. was selected as a replacement.

But the price of the PPV remained $60, sparking another war of words between Paul and YouTuber KSI. Rahman Jr., a boxer with over 100 amateur bouts and more than a dozen professional bouts to his name, likely doesn’t carry the same public interest as a fight with reality television star Fury. There was also the matter of the New York State Athletic Commission advising against Rahman Jr. as an opponent, given his vast experience and size advantage over Paul.

Now, the fight won’t happen at all, and refunds for the PPV will be issued to all that purchased it. Paul’s boxing record remains at 5-0, with victories over Deji Olatunji, YouTuber AnEsonGib, former NBA player Nate Robinson, retired MMA fighter Ben Askren, and former UFC champion Tyron Woodley.