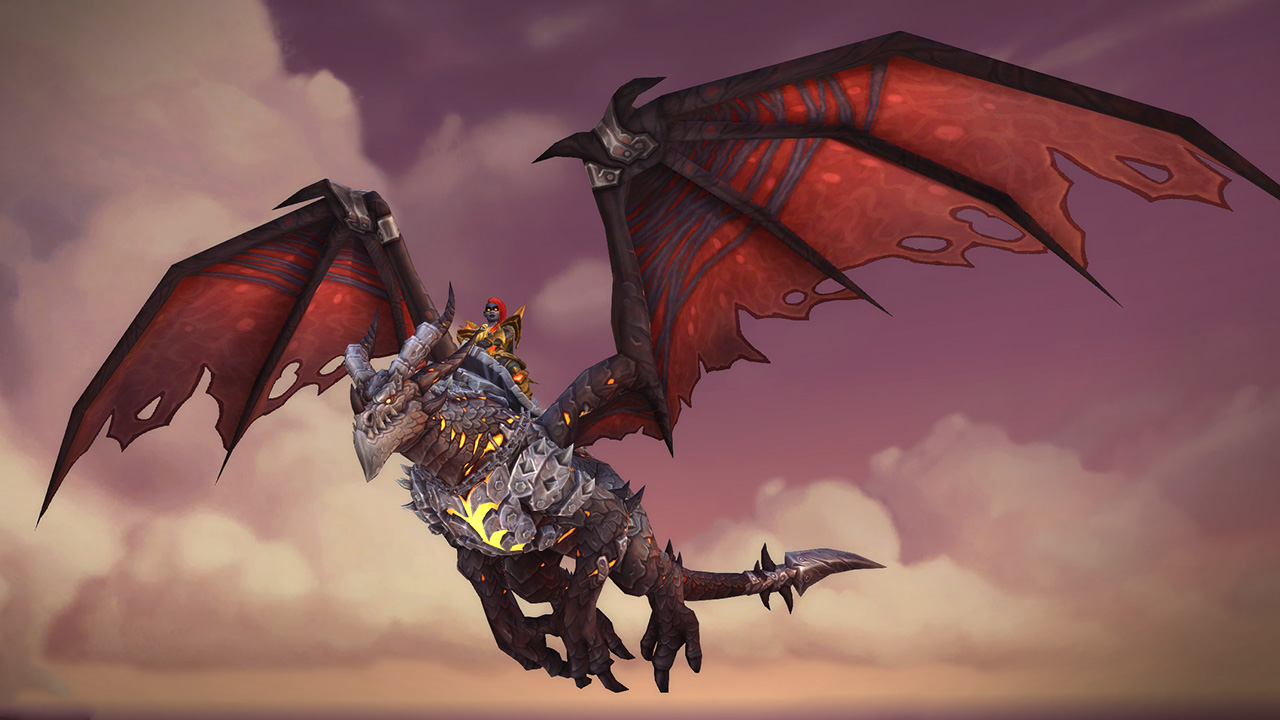 To celebrate World of Warcraft’s 15th birthday, Blizzard Entertainment is offering an exclusive flying mount to everyone who logs in before Jan. 6.

To claim the mighty Deathwing-themed dragon, players must first complete a set of encounters and a quest.

Here’s everything you need to know about acquiring the Obsidian Worldbreaker mount in WoW retail.

If you haven’t played WoW in a while, obtaining the Obsidian Worldbreaker mount is fairly tricky. If you’re an active player, or you’ve played and leveled in the last year, though, it should be easy.

All you need is a subscription to the game, the Battle for Azeroth expansion, a level 120 character, and an item level of 380. This might sound like a tall order, but if you’re invested in WoW and you’re keen on mounts, then it shouldn’t be a big deal.

How to get the mount

The first thing you need to do is log onto your level 120 character and visit the nearest mailbox. There, you should find a special package from the WoW dev team, including a Nefarian pet, a boost to your reputation and experience, some fireworks, and, most importantly, a quest.

When you open the package, the quest should automatically pop up on the right side of your screen with instructions to follow. A Timely Invitation will lead you to Chromie⁠—the time Gnome⁠—in the Caverns of Time. To find Chromie, locate your closest Caverns of Time portal (the Mage Quarters in Stormwind and the Portal room in Orgrimmar) and follow the spiral down into the deepest and darkest depths of the cave.

Once you find her, pick up the quest named How Things “Really” Happened, then speak to her again to queue up for three different LFR raids. After you’ve completed a refined three-raid version of The Burning Crusade, the Wrath of the Lich King, and Cataclysm, the Obsidian Worldbreaker will be directly sent to your mailbox.

The raids are toned down and have simple mechanics, making them easy to complete. As a bonus, after finishing each raid, you’ll be handed a chest with the possibility of a 420 item level piece of gear. The final bosses—Kael’thas Sunstrider, the Lich King, and Ragnaros—have a small chance to drop their respective mounts, too. They may be slim, but the illustrious and nostalgia-inducing Ashes of Al’ar, Invincible (not invisible), and Pureblood Fire Hawk are up for grabs.