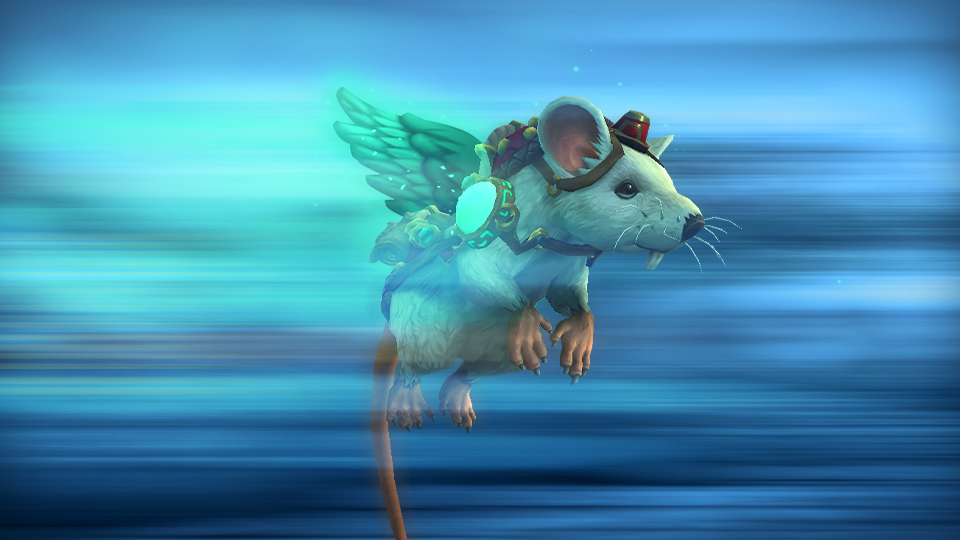 Now is the perfect time to make your return to World of Warcraft and resubscribe. The game may have slowed down over the past few months, but after the release of Visions of N’Zoth, it’s gone into hyperdrive. Tenacles are flying everywhere and Azeroth faces its complete and utter destruction.

But don’t worry, it’s not all doom and gloom. Blizzard is offering an exclusive flying mount in time for the Lunar New Year. Squeakers, the Trickster is a big, fat, white rat with cute ears, two buck teeth, a miniature red fez, and a pair of wings. In terms of lore, he might not make a whole lot of sense—he’s a flying rat. But what more could you ask for?

Squeakers is available as part of a 180-day deal. When you purchase a six-month subscription for WoW, he’s absolutely free. The deal runs up until Feb. 23, and if you’re already planning on subscribing, then now is your opportunity. At the moment, Blizzard is also running a 13-percent reduction, meaning the full six-month subscription will cost $77.94.

If you don’t feel like forking out that cash and you’re still desperate for the mount, Squeakers is also available for $25 in the Battle.net shop.

After purchasing Squeakers, the mount will be applied to present and future WoW characters on a single regional Blizzard account and he’ll appear in each of your character’s collections interface. He’ll also automatically scale to your fastest riding skill known by each character. If your skills aren’t up to par and you have yet to learn flying, Squeakers can still be used as a ground mount.