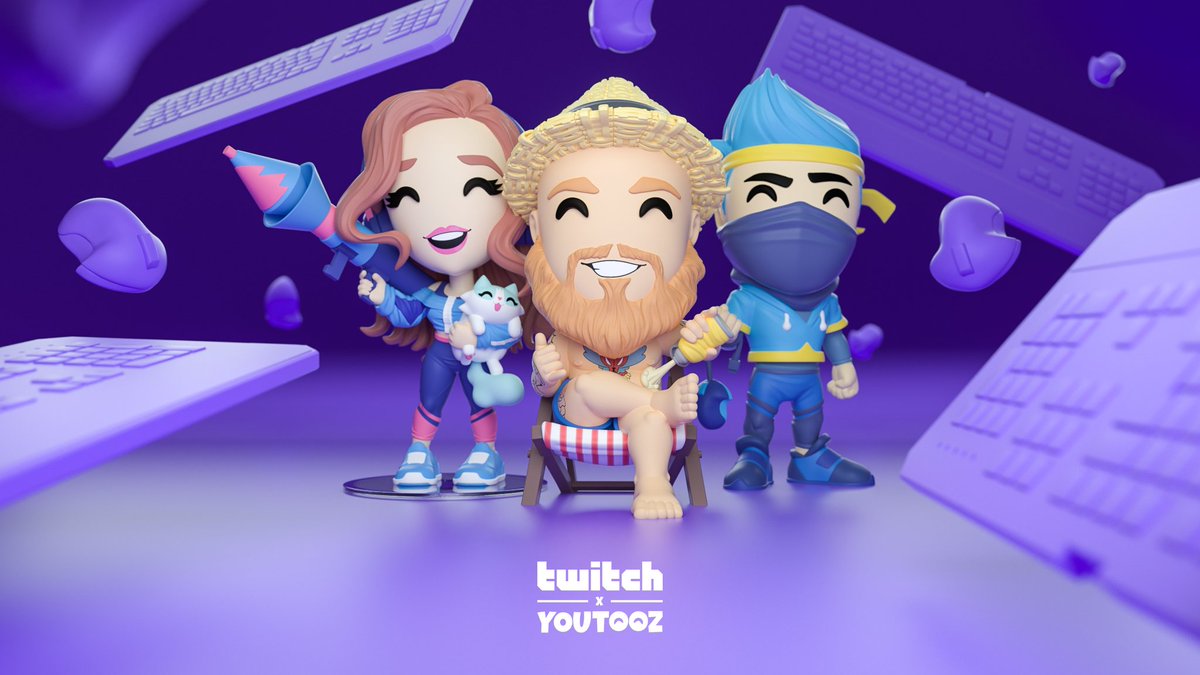 As part of an upcoming ad campaign, Twitch showcased three of the platform’s biggest stars in their own unique animated shorts detailing their origin story according to their chat.

The streamers involved were Pokimane, Ninja, and Timthetatman, who all had their “legend” told in colorful animated goodness. You can check out these animations on Twitch’s social media, as well as the social media accounts of each respective streamer. The ad campaign will also reportedly be showcased in New York’s Time Square, bringing some of Twitch’s biggest stars to a mainstream audience.

Alongside these animations, Twitch has collaborated with Canadian collectible company Youtooz to bring these animated characters to life. Announced earlier today, three figures have been revealed as part of the Twitch Legends collection, with one for Pokimane, Ninja, and Timthetatman.

Pre-orders for the figures went live today on March 27 at 3 pm est, but they will continue to take preorders for the next few weeks ending on June 12.

To secure yours simply navigate to the Youtooz website and locate the figures on the front page. Each figure will cost $29.99 USD, so collecting the set will cost you around $90.

Although pre-orders are now live, these figures aren’t set to ship until November so fans can expect to receive them either late November or during December. These collaboration figures will only be available for a limited time so if you plan on securing one for yourself you may want to act soon.