Even so, he was lucky. 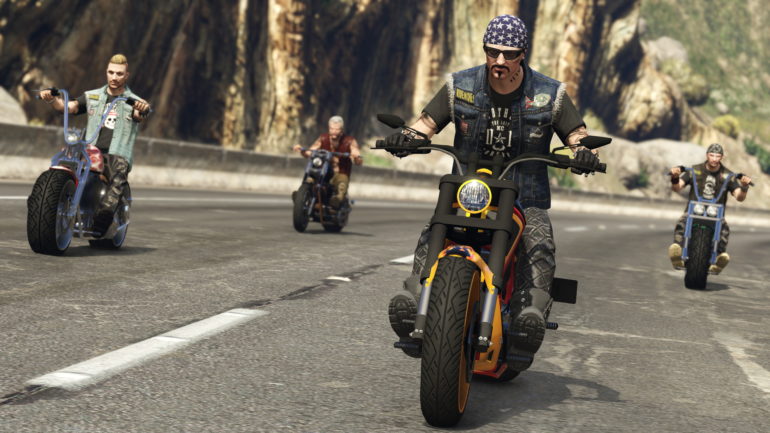 When you’re playing Grand Theft Auto V’s roleplay mod, sometimes you have all the time in the world to set up an impressive act, like a live concert at a bar. There are others when you just glitch through the floor out of nowhere and end up killing a cop with your scooter.

Vader was the unlucky Twitch streamer who ran into the second scenario. His character, Eugene, was checking on his phone on the sidewalk when the glitch happened.

That’s a singular moment. Even though Eugene was unlucky to have killed a cop right after the glitch ended, he was fortunate that his victim was a non-player. You can tell that because if that cop was a player, by the rules of most GTA RP servers, he would have to scream in pain right after the accident. The clip shows that Eugene waits a few seconds for a reaction after the accident—but because there is no reaction and no other players seem to be around to be shocked by what happened, he just gets away saying “okay.”

If Eugene had run over a player-controlled cop, this accident would’ve led to something bigger. Vader would’ve had to roleplay the situation and find an excuse for it without blaming the glitch, since there’s no such thing in real life. He’d have to follow the server rules, which means to stay in character and try to explain how he dropped down onto a policeman’s head while sitting on his scooter. The argument would surely develop into a hilarious situation—but unfortunately for viewers, nothing happened.

Glitches are common in GTA RP, and players must pretend they didn’t happen if there were no consequences. Otherwise, they must find a reasonable excuse for what happened. It’s unlucky that Eugene involuntarily murdered a cop on duty, but he was lucky that there’s no crime if there’s no one to see it in GTA RP.