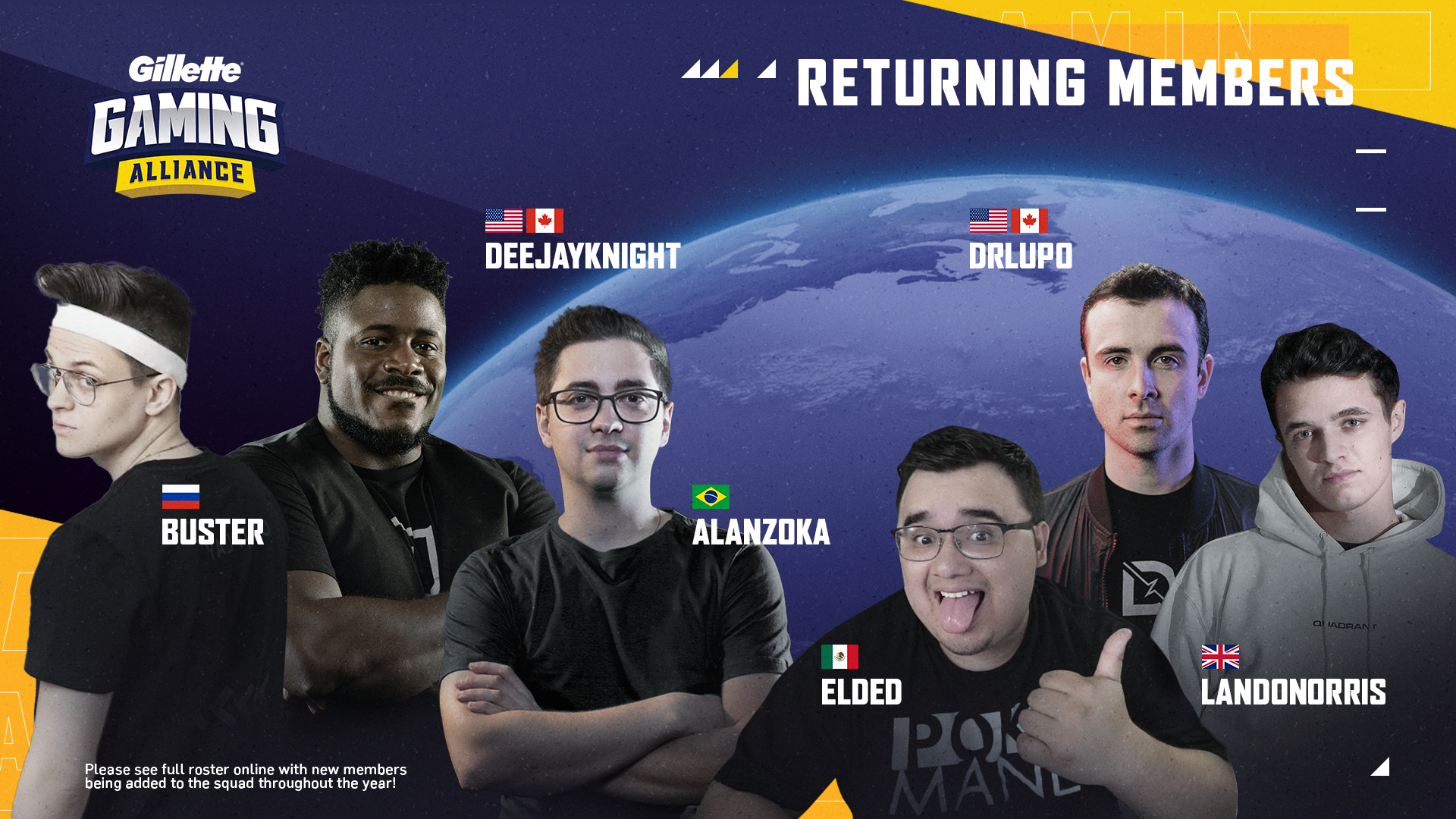 The Gillette Gaming Alliance announced today that it’s returning with an all-star streamer lineup. While a number of streamers are familiar faces and returning after previous involvement, new streamers will be participating as well.

DrLupo returns to the alliance’s roster, representing North America along with Twitch partner DeejayKnight. OCastrin from Brazil and Mexico’s Juansguarnizo and Elded are the group’s Latin American members.

From Europe, the United Kingdom’s Lando Norris returns, with Spain’s Vicens and MrSoki and France’s Jolavanille being new European members. Streamer Buster from Russia will be returning to the group as well.

All of the content creators will be creating custom streams for the alliance as well as sharing their shaving routines and other co-branded content across multiple platforms including Twitch, YouTube, and TikTok.

Group members will host squad streams on Twitch as a part of the alliance. Various giveaways are also expected to happen on member streams.

“It is an honor to be a part of the Gillette Gaming Alliance as we continue to bring new content and exciting opportunities to our fans worldwide,” DrLupo said.