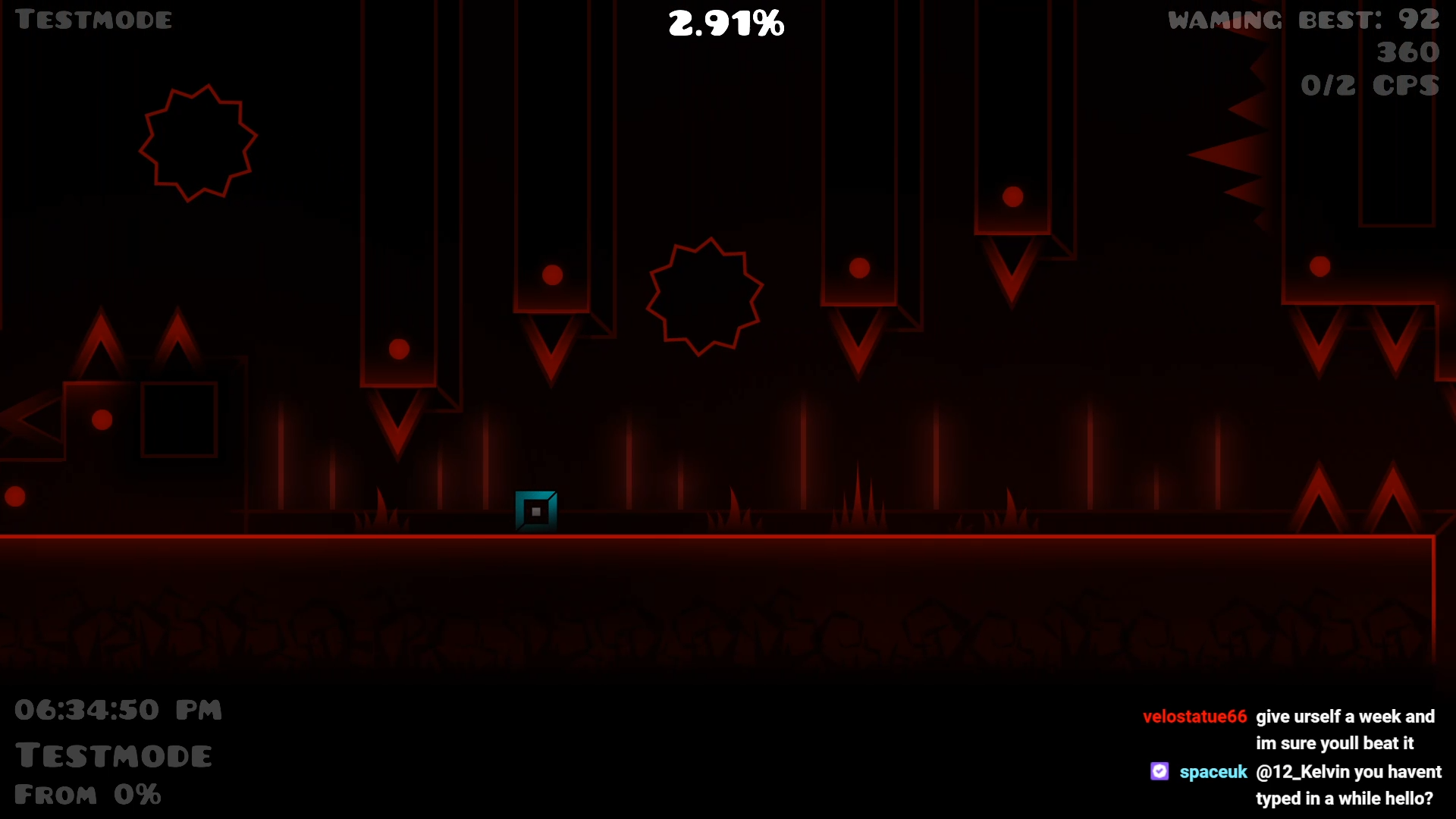 Twitch streamer and prolific Geometry Dash player GD_Z01nk achieved the most difficult feat in the game during an April 11 stream, defeating the Slaughterhouse level.

Z01nk is among the most dedicated Geometry Dash streamers on Twitch. Beginning his stream in August 2020, Z01nk has only ever played the rhymical runner game, which accounts for 100 percent of his total stream time, according to Twitch Tracker.

The streamer’s conviction for Geometry Dash can be seen through his recent efforts to push through Slaughterhouse, notoriously the hardest level in the game. The Swedish-made runner game has over 21 levels of difficulty, with the demon rating being the undisputed hardest. A testament to the level’s difficulty, only one other user, Doggie, was able to defeat the level on Dec. 19, 2021. Also the original verifier for the level, it took Doggie 56 total days to complete the level after it was released.

After weeks of trial and error, Z01nk has cemented himself as one of the best Geometry Dash players of all time by becoming only the second person to pass the level. With hardly visible lighting and a demonic screeching musical backdrop, Z01nk traversed Slaughterhouse nearly on memory alone.

Completely silent aside from the perfectly timed sounds of his controller, Z01nk remained breathless until he reached the final moments of the level. Unable to control his excitement, Z01nk seemed in disbelief that he managed to finally best the almost impossible challenge. After watching the streamer attempt the level countless times, Z01nk’s chat exploded with the same level of excitement, congratulating the streamer on his incredible accomplishment.

With few challenges more difficult than Slaughterhouse left in Geometry Dash, Z01nk can now reflect back on his historic run.