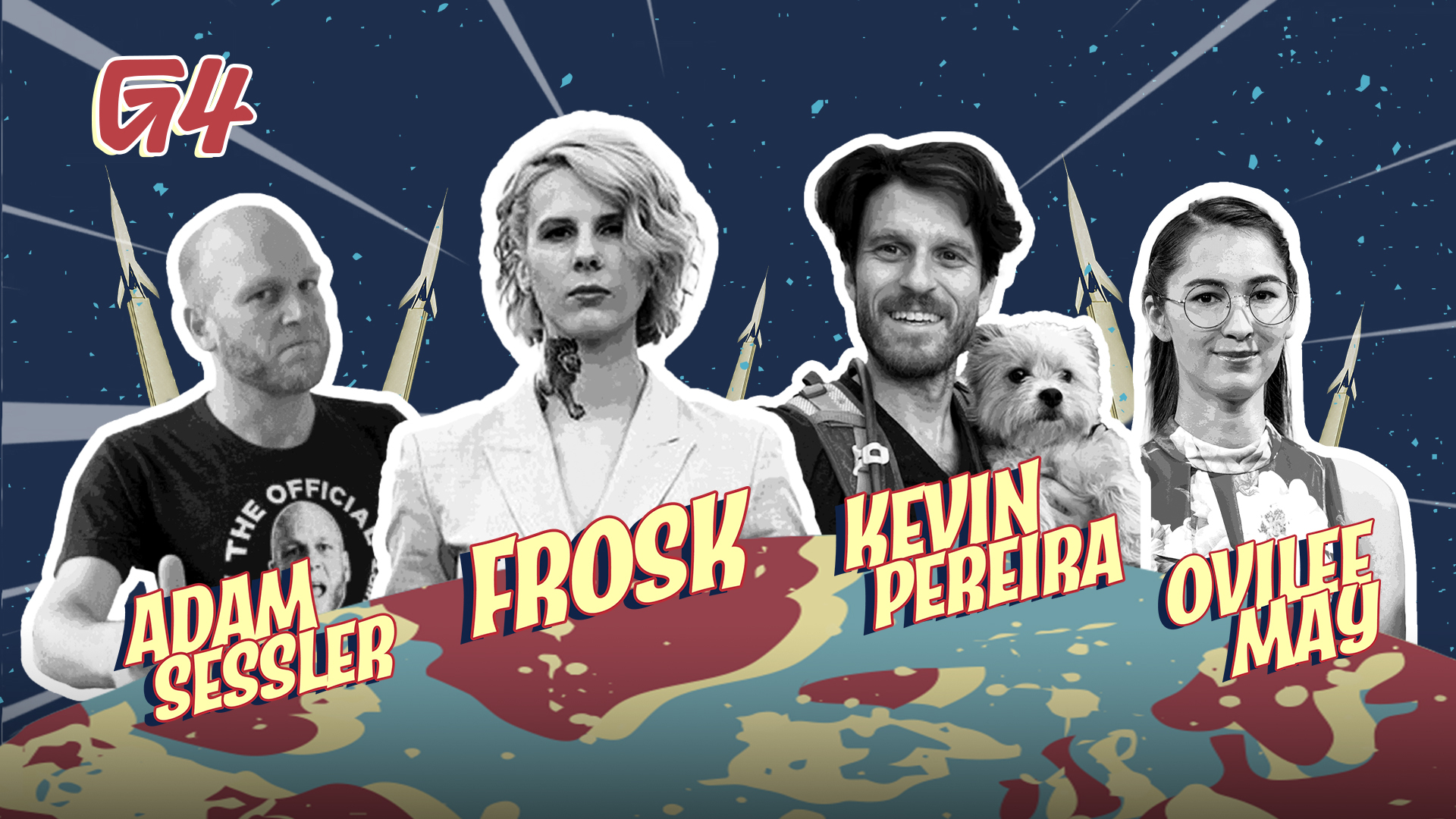 G4 is officially bringing back Adam Sessler and Kevin Pereira, and it is adding both Ovilee May and Indiana “Froskurinn” Black to its lineup. WWE Superstar Xavier Woods, also known as Austin Creed, was previously announced.

Sessler, who began the “#G4NeedsTalent” movement in July that led to G4 bringing on Woods and several other talented creators, is going to be in charge of the return of video game review series X-Play. He will be working on other shows, while potentially bringing back some classic characters and content of his own.

“A lot has changed in the video game industry since my last show at G4 which provides me with all the more topics with which to share my unique–okay, sometimes curmudgeonly–honest takes again with viewers,” Sessler said. “It really is the perfect time for G4 and X-Play to return and I’m ready to bring back Sessler’s Soapbox, reviews, and opinions on all the news.”

Pereira is also returning to G4 to revitalize Attack of the Show! alongside new talent to talk about the newest technology and trends across games and pop culture.

“If you told me nine years ago that I’d be returning to G4 in 2021, I’d ask if it would be on an episode of COPS,” Pereira said. “I’m thrilled to be returning home and can’t wait to bring a fresh approach to the epic stunts, poorly conceived comedy sketches, and pop culture commentary that made Attack of the Show! such a phenomenon during its first run.”

Ovilee and Froskurinn, both former League esports personalities, will be the first two on-air cast members for G4’s esports lineup, which launched last week with the beta of The Bleep Esports Show. That show will be a weekly series within the B4G4 beta campaign, where fans can dictate what they want to see in each week’s show leading up to the launch of G4’s official network launch this Summer.

Related: Ovilee on working with Froskurinn at G4: ‘The stars are finally aligning’

“Our fans and the gaming community at large are a core pillar of what G4 is all about,” G4’s head of content Kevin Sabbe said. “It’s time to let them in and be more than just our audience – we want to hear what they want! We’re already having a lot of fun with this and can’t wait to experiment further with a variety of content formats and genres.”

G4 will continue to have candidates from the #G4NeedsTalent social hiring campaign audition for on and off-air talent positions. Fans will also have the chance to provide as much feedback as possible during the B4G4 programming. New B4G4 content will be revealed weekly, and you can learn more about all of the shows, talent, and other G4 projects on the official G4TV website.