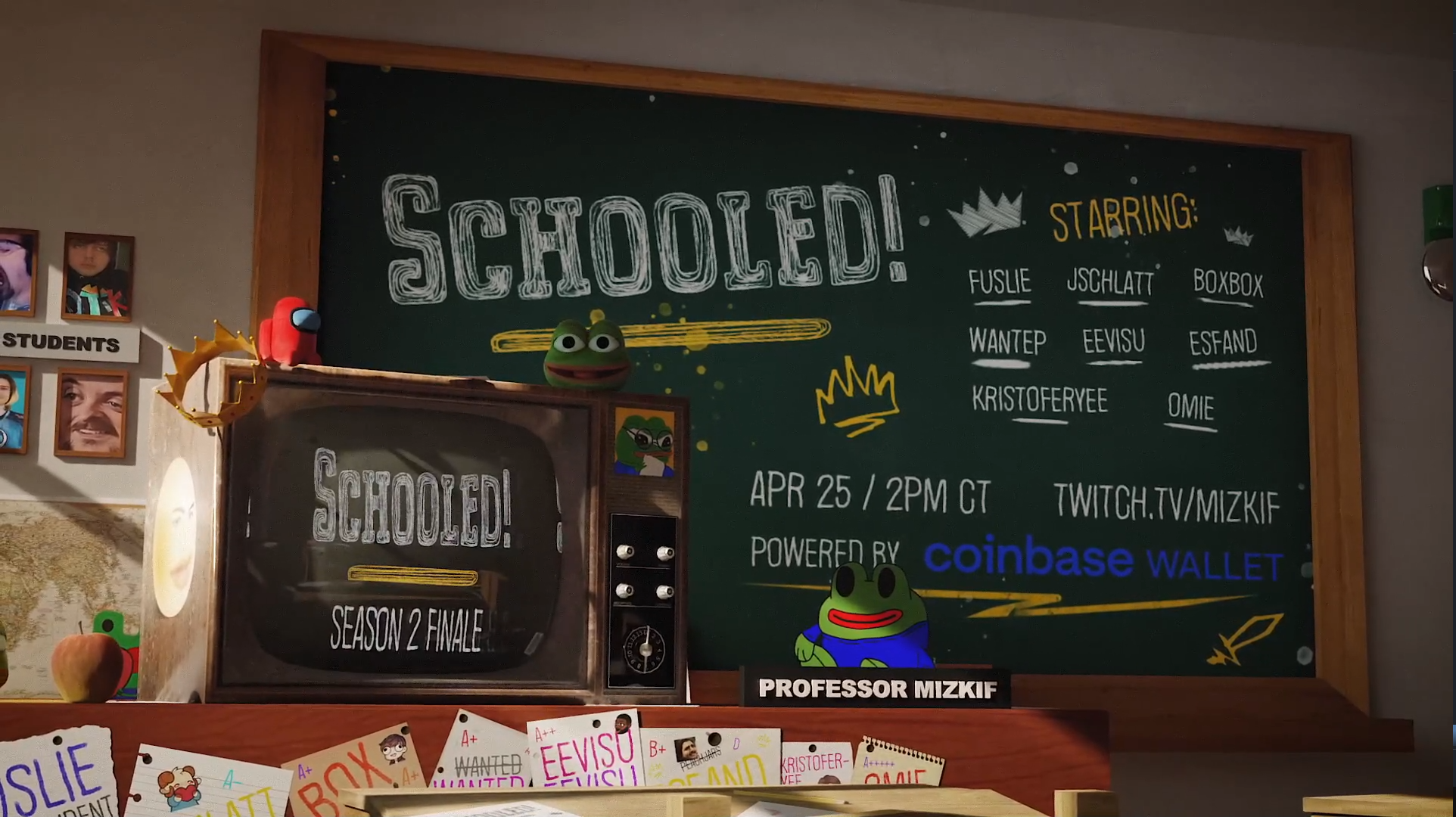 The second season of OTK’s live trivia series “Schooled” has officially come to a close. Unfortunately for the organization, this finish joins a controversial final few weeks of the show, leading to the second-place competitor walking away with the prize.

After NRG’s EE, former professional Super Smash Bros. player, announced in a video that he had received an answer from a third party, OTK awarded the runner-up ExtraEmily the distinction of season two champion. By defeating Fuslie, BoxBox, Wantep, ConneEatsPants, Esfand, EE, and Kristopher Yee, up to the 10tg grade, ExtraEmily was awarded $50,000 and a “Schooled” trophy shaped like a classroom.

In his video, EE, who had seemingly won in the finals, revealed publicly that someone had sent him the answer to a math problem, and that he wrote it down due to his answer being wrong, which would have eliminated him from the tournament.

“I did succumb to a little bit of temptation,” EE admitted.

This follows controversy over the past few weeks regarding players cheating on the show. Mizkif, the show’s host, attempted to ensure that none of the eight finalists cheated after former competitor Mia Malkova admitted to not taking the show seriously and cheating with her Discord a few weeks ago. After EE answered the math question correctly without any work, Mizkif appeared to be suspicious of the creator, then forcing him and ExtraEmily to turn around for every question to not look at their screens.

ExtraEmily was successfully able to take EE to a 10th-grade social studies question, which she was unable to get correct. Due to EE’s video, however, OTK instead awarded her with the distinction of “Schooled” season two champion. She joins professional Super Smash Bros. Melee player, Team Liquid’s Hungrybox, as the only other victor of the show.

At the end of the stream, Mizkif announced that OTK’s next show would be announced in the near future. It is unclear if this will be season three since cheating scandals likely have the organization reevaluating how to prevent this from happening again in the future.