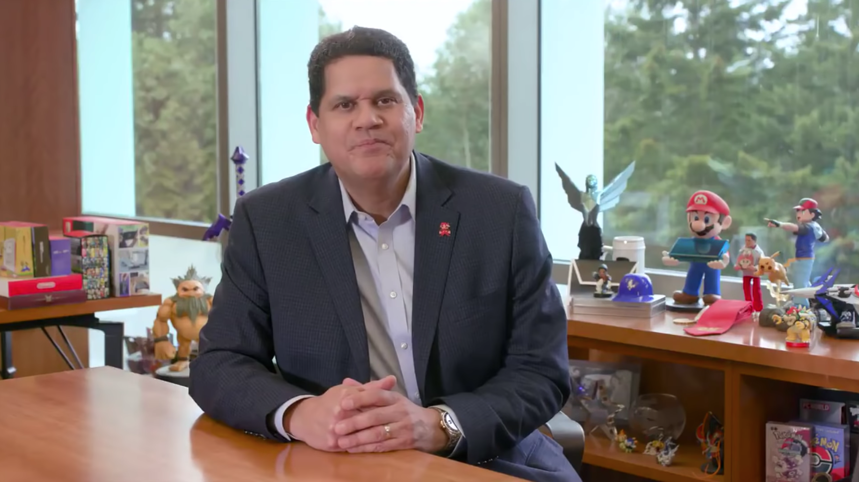 Former Nintendo of America president Reginald “Reggie” Fils-Aimé is raising money for homeless students by developing a new podcast about games with award-winning journalist Harold Goldberg. The podcast was made public today via a Go Fund Me page and is called “Talking Games with Reggie and Harold.”

The podcast is set to launch in mid-May and will be a seven-episode talk with different guests from the gaming world. “Donations will benefit the New York Video Game Critics Circle nonprofit’s mentoring work in the time of COVID-19,” the announcement reads.

The project is being developed alongside the New York Video Game Critics Circle’s nonprofit organization. “No community has been hit harder than students in homeless shelters, who live in complex situations in the best of times and are having trouble even connecting to a WiFi hotspot right now,” the announcement reads.

The funding is meant to offer journalism courses to New York’s homeless youth. The New York Videogame Critics Circle is a nonprofit, arts education organization of multicultural journalists from entities like The New York Times, The Washington Post, and The New Yorker. “Once completed, these courses will be available to educators around the country for free,” the announcement reads.

The podcast will be free to listen, but donors will receive exclusive content, according to ResetEra. This includes:

The journalism courses will be available online during the COVID-19 pandemic. “Should we surpass our goals, funds will continue to help the NYVGCC’s mission of educating students with games and journalism in underserved areas,” the announcement reads.

Reggie worked as the president and chief operating officer of Nintendo of America from 2006 to 2019. After retiring in April 2019, he became a Leader in Residence at Cornell University and was later named to the board of directors for GameStop.

Goldberg has written for many well-known magazines and newspapers, such as The New York Times, Vanity Fair, The Atlantic, The Washington Post, and Rolling Stones. From 2006 to 2008, he became a writer for Viacom’s video game sites, including VH1 Games, Comedy Central Games, and CMT Games. Aside from games, Goldberg also writes about culture and movies. His knowledge of games and journalism came together when he founded The New York Videogame Critics Circle in 2011.