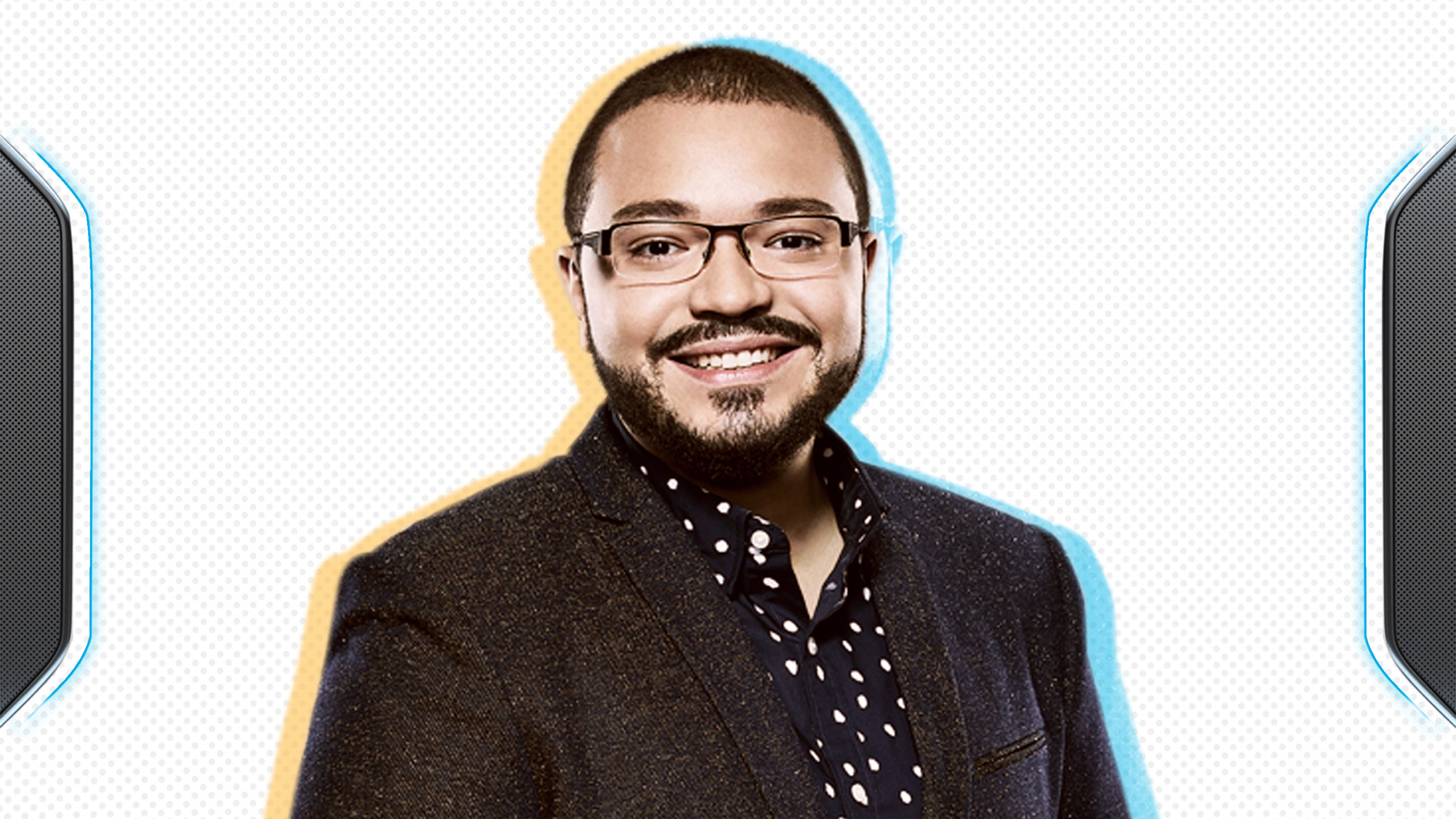 Alex “Goldenboy” Mendez sets the gold standard as a commentator. He hosts for competitions and events across dozens of different esports communities and content creation hubs, all while streaming from his own personal channels too.

Goldenboy has been a premier esports host since 2011, though he’s best known for his history in shooters like Halo and Call of Duty, with more recent time spent with Overwatch and battle royale communities like Apex Legends.

Most recently, Goldenboy was the host of the AT&T Annihilator Cup, where a streamer lineup featuring Shroud, Lirik, Yassuo, GoldGlove, Mizkif, and event winner Jake’n’Bake competed in five different games over five weeks for a grand prize of $100,000. Goldenboy was joined each week by other expert commentators to cast Apex, CS:GO, Mortal Kombat 11, Halo 3, and Among Us, broadcasting to an average of 13,000 viewers each week as the streamers battled for supremacy.

Amid the chaos, Goldenboy spoke with Dot Esports about the differences between commentating for competitive and content-focused events, working with streamers, and how he handles hosting for so many different titles.

Your history in commentating shows you bouncing between games a lot. How has moving back and forth between titles been for you? And do you prefer that method to spending an extended period of time with one game?

Goldenboy: Well obviously with the AT&T Annihilator Cup it was a rapid-fire event spanned across five weeks with five different games. I’m glad we got to cover all of them and it does kind of harken back to what I used to do, and still kind of do, where I was jumping from event to event and hosting for all these different games.

What’s been great about the Annihilator Cup is that it is one seamless story, which has been really fun to tell since there are 20 contestants playing across all these very different games. We started with Apex and Counter-Strike, which are games I am very familiar with, but I had never done anything in Mortal Kombat. And then jumping to close with Halo and Among Us, I am here for the pandemonium.

Like, I play Mortal Kombat 11, so as a fan I am familiar with the terminology. I watch the tournaments and have seen what top commentators in the space are talking about. Even for Counter-Strike, I do a lot of work in VALORANT, but having done that work, I have an even deeper appreciation for the game as a tactical FPS. I felt attached a bit to Apex and Halo is right up my ally, so it’s just natural.

With all of that, it feels like I went back to the basics of my career, being fluid between games. And I think that is what makes this so fun you know, just being able to talk about these different games with different commentators every time.

How have you liked the experience of commentating over big-name streamers rather than your typical pro players, especially seeing them jump so quickly between games and trying to compete at such a high level?

It has definitely been very streamer dependent, for example, Jake’n’Bake won our Mortal Kombat competition but was also a top performer in Apex and CS:GO. He reached out to some fighting game community members for tips before the competition. I think almost every streamer in the event did that at some point for at least one game, which is great.

But it just depends, right? Like, how much do they want it? I think that was kind of the theme of the Annihilator Cup, where they had to adapt in order to annihilate the competition. It was all about taking it seriously, and we saw a lot of that out of our competitors, which I think speaks to their desire to win.

These streamers all come from different backgrounds, but all of them came to try and take the Annihilator Cup and become a champion. It’s a pretty cool concept honestly.

How has moderating and dealing with these big personalities versus like, a group of players, been? Has the on-camera talent changed how the host-player dynamic works for you?

To be honest, it makes my job easier. The interviews are a lot better, I’ll tell you that much, which is always a plus. With esports, you obviously have your big personalities and the people that everyone wants to hear from, but they aren’t necessarily good on camera or want any of that attention, and they most likely have no media training. But with the streamers, what’s been fun is everyone has bought in and wants to be a part of the production.

I was joking a bit earlier, but it really does help when one week I am able to talk to fl0m and have a quick discussion with him about his expectations but then we can just continue on because I know him personally. I would say a good chunk of the broadcasts that have been part of the Annihilator Cup I have already known or met at some point, which has been very helpful since there is some natural chemistry there.

It’s not like I’m just some random person who is doing his job. I’m from this community and am a streamer myself. I know exactly how to talk to these individuals and make it a good conversation. If anything, that’s been the highlight of it for me. Being able to talk to so many different streamers and have awesome conversations about crazy things, like talking Mortal Kombat with Jake’n’Bake after he won.

It’s been just a really good time just talking and catching up with people. I think 2020 was kind of a year where people just lost touch with one another in many cases, so it’s nice to be able to link back up with individuals that I used to hang out with at events and stuff.

For the event itself, since you have all of these streamers competing against each other, what do you think the most consistent element has been as they swap through games? Is there any correlation to other competitions you have hosted?

I think it has mainly been about how much the competitors have practiced. There are some that realize they need to improve and I give them a lot of credit because not only are they practicing, but they are also managing their regular streams too. Some of them even integrated their practice into their streams, while others are practicing on their own time away from content creation.

Most every week has been decided by who came into the event with the most practice for that game. Outside of Among Us because there isn’t really a way you can practice for it outside of simply playing the game since it has so many variables that change based on conversations. It is nice that we have this structure where you get three weeks of consistency and then cap it off with a game that boils down to who has the personality and people skills to get out of a situation or pinpoint the Imposter.

Did you do anything different as a host to prepare for the Annihilator Cup? Have you found a method to the madness that is preparing to deal with so many personalities?

It has mostly been in how I work with my different co-hosts and co-commentators every week since the terminology and lingo differ between every game and jumping between them so quickly has been a fun challenge.

I’ve always been pretty good at that, like learning and understanding the different terms that are used prominently within each community, and then implementing that as much as I can. Not to a point where it feels disingenuous, but you know, making it just a natural part of my speech has been very fun, especially with how different the terms vary between games like Apex and Counter-Strike, which then have basically nothing in common with Mortal Kombat.

I think that is part of the fun for events like this because, like the players, I also have game strengths. For example, I am way more versed in Halo than am Mortal Kombat. So it has been nice to work with all of these experts in these different games to help bridge the gap, specifically for the audience.

For my personal prep work, it is mostly just understanding the rules for each game and how we are running the event. So for Apex, it was a standard bracket and for Mortal Kombat we used a round robin, just all kinds of different formats. So understanding that and working with the production team and whatnot on those elements is, you know—it’s a unique challenge.

But, I mean, it is all video games for goodness’ sake and we all get to have fun playing them at the end of the day.