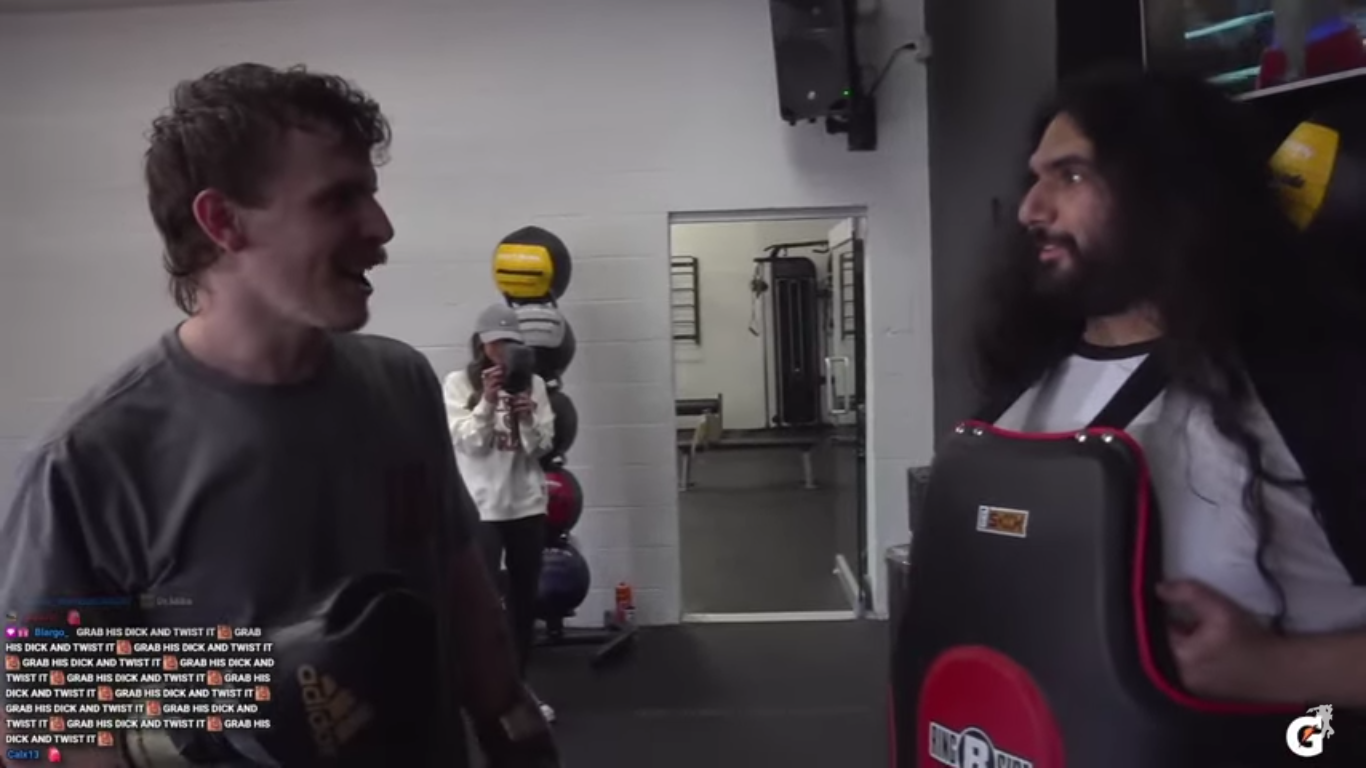 Only one month out from iDubbbz’s boxing event, Creator Clash, popular Twitch streamer Esfand made a trip to Los Angeles to train with several fighters for the event.

Previously slated to box in the event, Esfand’s role transitioned into the pre-fight interviewer following an injury from his prospective opponent Chills. Joining the production team, Esfand has already been featured in content surrounding the intense training ahead of Creator Clash while the fighters prepare for their bouts.

Esfand imbued his specialized boxing knowledge onto several fighters and creators, including Michael Reeves, JustaMinx, AB, and the event’s host and main event fighter, iDubbbz. Donning the bodysuit, Esfand took on the role of a human punching bag and respectably took all the hits thrown at him standing up.

Though Esfand may have had good intentions to coach the Creator Clash competitors, his advice and form might not have been what the fighters expected. He advised iDubbbz to keep track of the camera instead of his opponent, instructed AB to do the Stanky Legg, and told the fighters to close their eyes when punching, for example.

Still, the Twitch streamer’s vlog gave some invaluable insight into the training required to put on the event. The sparring match near the end of Esfand’s time at the gym showed off the progress both AB and iDubbbz have made since the start of their boxing journey.

Set to be held in Tampa Bay, Florida, Creator Clash will host 10 matches between 18 total fighters. Tickets are still available for both the online and in-person event, which will take place on May 14.