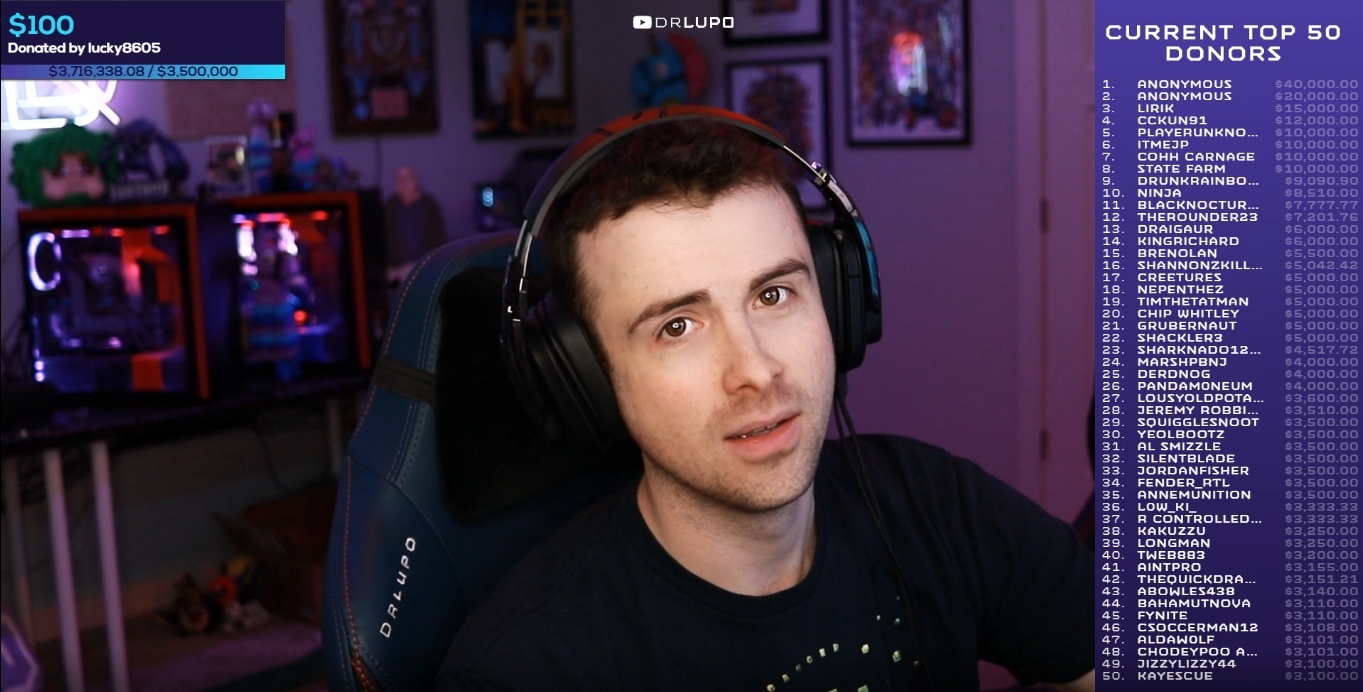 After 24 hours of playing Fortnite and taking donations for charity, DrLupo passed his goal of $2 million raised toward St. Jude Children’s Research Hospital today thanks largely in part to a $1 million contribution from Twitch.

With less than 10 minutes left in the stream, DrLupo had raised around $1.3 million and was opening a large rectangular gift from Twitch. As he peeled the wrapping paper off of the present, he unveiled a $1 million check and quickly became speechless.

DrLupo admitted prior to opening his gift that he had no idea what he would do if he managed to pull off the feat of raising $2 million. The streamer said that, in the past, he felt like he tended to have more conservative goals that he ultimately surpassed with relative ease. This time, however, he wanted to see how far he could push this charity effort.

“This time, I was like ‘I’m going to do something outlandish,’” the streamer said. “I wasn’t sure if it would happen or not. And if it didn’t, it didn’t matter. But I said $2 million.”

After opening the check, the streamer had not only reached his goal but surpassed it. By the end of his stream, DrLupo’s screen showed that he raised about $2,338,125.

Earlier in the year, DrLupo led another strong donation drive during GuardianCon when his 4-hour block that anchored the event raised more than $920,000. That charity drive was also for St. Jude Children’s Research Hospital.