“They also sent us the plaque already…it’s made of solid gold.” 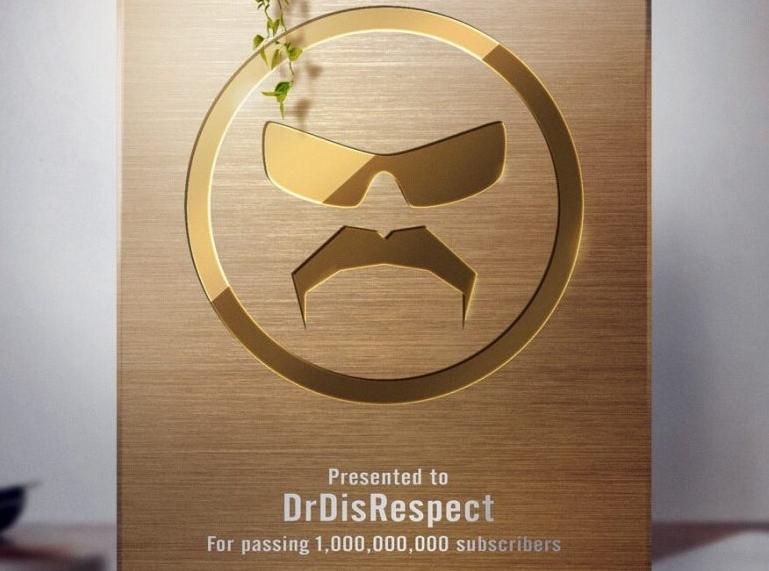 One of the largest streamers on Twitch, Guy “DrDisrespect” Beahm announced he had hit one “billion” YouTube subscribers today.

Of course he didn’t actually eclipse the likely impossible 10-digit mark, but he did in fact break one million YouTube subscribers. In true Disrespect fashion, however, he always has to go big and fudge a few details here and there to keep his larger-than-life persona sturdy.

“We just hit 1 Billion subscribers on @YouTube,” DrDisrespect tweeted. “They also sent us the plaque already…it’s made of solid gold. Firm handshakes.”

In reality, the plaque that The Doc will be receiving won’t actually be made from solid gold, but is highly-coveted nonetheless. With a beautiful gold sheen and a reflective YouTube logo right in the middle, these one-million subscriber plaques are excellent rewards for reaching the milestone.

Disrespect recognized his achievement live on his stream later in the day. He made sure to show the audience that Ryan “Fwiz” Wyatt, YouTube’s head of gaming, had validated the accomplishment.

“First to 1 billion,” Fwiz tweeted to Doc. “No easy feat. This plaque was made out of the tears of many children you defeated out on the battlefield, 2x.”

Unfortunately, Doc learned that Fwiz was friends with one of his arch rivals, Tyler “Ninja” Blevins. Such an association seemed to hurt Fwiz’s standing with Disrespect, sending him into a brief fit of rage amidst his celebration.