It was a small boost, though. 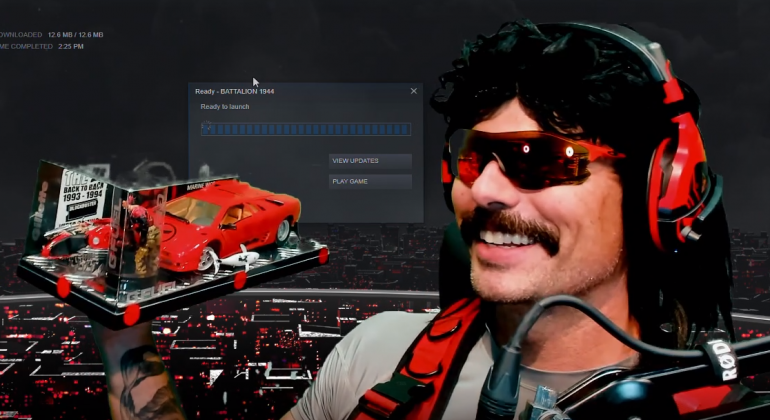 Guy “DrDisRespect” Beahm has apparently been suspended from Twitch last night, and other streamers think they might be seeing an increase in viewership because of it.

Top streamer Jaryd “summit1g” Lazar said live yesterday after Doc’s ban that he thought he was getting more viewers because of the streamer’s suspension.

“If the Champions’ Club is no longer available, and the only place left is the 1G Squad,” summit said, chuckling. “We’ll accept you, I guess.”

Champions’ Club and 1G Squad are the names of Doc’s and summit’s respective subscriber groups. Now that DisRespect’s channel is no longer available, fans who’ve subscribed to him can no longer access any of his past streams or content, and they likely won’t be refunded for that.

Summit seemed to be taking this lightly, almost as if he was joking about the whole situation. But Twitch stats website SullyGnome shows he actually had a small increase in his average viewers last night in comparison to past streams of World of Warcraft on weekdays. Last week, summit had a peak of average concurrent viewers around 10,500, while yesterday he reached 12,400.

According to the same website, Doc averaged 51,000 viewers in his IRL E3 livestream yesterday before getting banned. That could mean about four percent of his viewership started watching summit1g after his channel went down, which is certainly possible percentage—though we can’t know for sure if those extra 2,000 viewers on summit’s channel came from Doc’s stream.

Dr DisRespect had his channel taken down after he filmed the inside of a men’s public bathroom at E3 in Los Angeles. By doing so, Doc broke Twitch’s Terms of Service and a section of the California Penal Code.

We have yet to learn how long Doc will take to return to Twitch, but his ban might continue benefiting some streamers to a small extent.