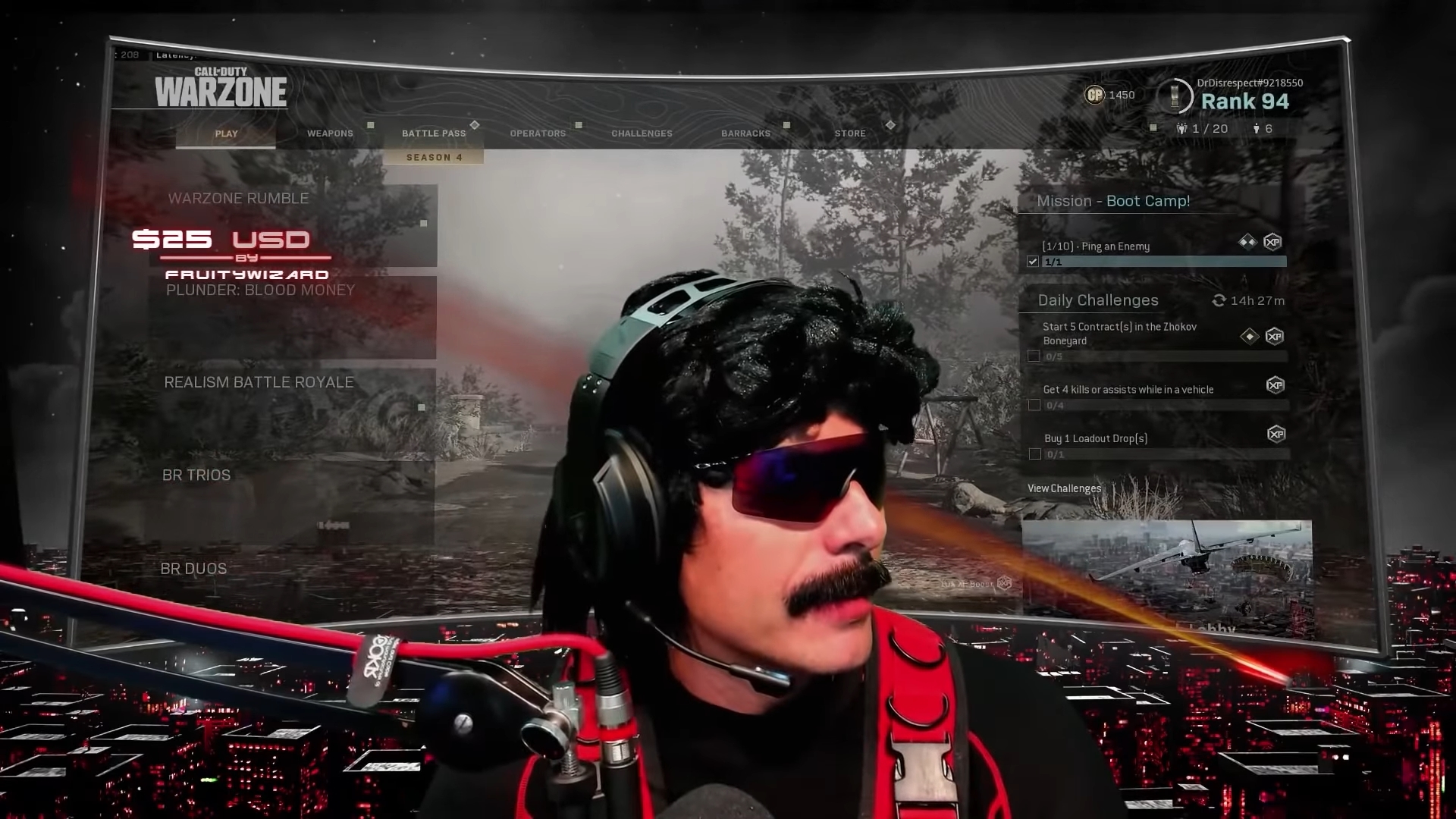 With two of the biggest streaming stars, DrLupo and TimTheTatman, leaving Twitch over the past few days to sign an exclusive deal with YouTube Gaming, people have started to wonder which platform is better to stream on nowadays.

Plenty of streamers wouldn’t be comfortable with answering this type of question since it could lead to them burning bridges with a platform, but Dr Disrespect isn’t one of them. The Two-Time was permanently banned from Twitch in June 2020 and started streaming on YouTube Gaming in August. But he’s not fully satisfied with YouTube.

A viewer appears to have said on Doc’s stream that YouTube is greater than Twitch and he was honest about it. “From a functional standpoint, wrong, I think YouTube is nowhere close,” Dr Disrespect said. “Part of it is because of two big things. There’s no discoverability, your algorithm is like, I mean, do you have to hire a scientist or something? Holy shit.”

“When we stop our stream, it literally feels it goes into a black hole. There’s nothing for the community to do or stay active in the chat,” he said, mentioning that he can’t leave the chat open or transfer his viewers to somewhere else like Twitch allows.

“That’s one of the things that YouTube is going to have to figure out,” the Doc said. “They have the VODs, they got the formula, but they have to figure out a way to create a community environment around livestreaming and real-time interaction. Because that’s non-existent, it does not exist right now.”

Dr Disrespect finished his explanation by saying that YouTube doesn’t plan to implement these changes in the near future. This isn’t the first time that the Doc has criticized YouTube, having pointed out in the past that the company was taking too long to roll out the clipping feature, one of Twitch’s popular tools.

It’s unclear if YouTube will implement some of the features that Dr Disrespect mentioned now that it has signed DrLupo and TimTheTatman, which symbolizes that the Google-owned platform is willing to fight against Twitch’s longtime dominance in the world of streaming.