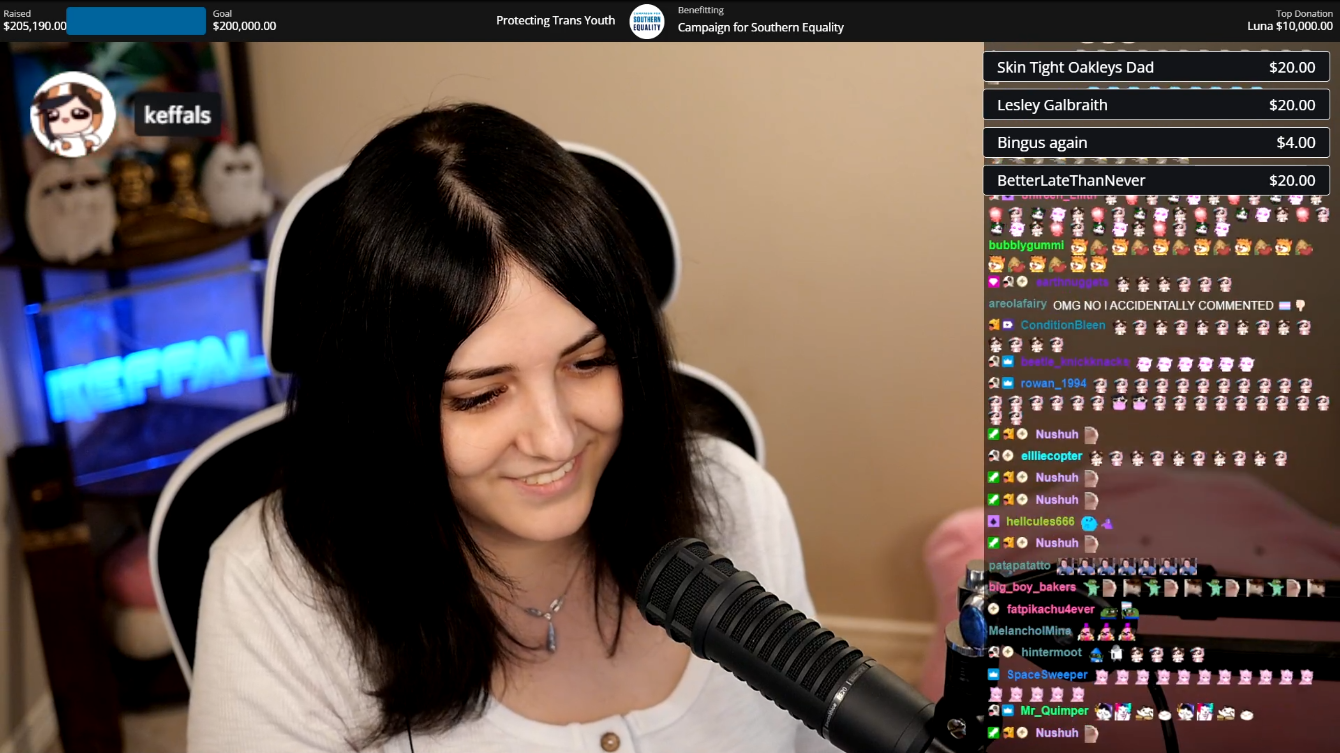 Screengrab via Keffals on Twitch

The gaming community often gets a bad rep due to the amount of hate and bigotry that some gamers have for people who aren’t like them. The latest unfortunate example comes from the developer behind Domina has gone on a hateful bender on Steam, even harassing a transgender Twitch streamer.

In recent patch notes for Domina, developer Nicholas John Leonhard Gorissen mocked the transition that members of the trans community go through to feel like themselves. In the paragraph-long rant, Gorissen mocked dead names and even commented on the sexual lifestyle of Twitch streamer Keffals, a trans streamer who has faced immense harassment online and is a recent victim of swatting.

This isn’t the first time this developer has faced backlash after using his game’s patch notes to share politically charged messages. Roughly two weeks ago, the developer was banned from posting on his own game after he retaliated against negative reviews, according to PC Gamer.

It’s safe to say this hasn’t gone well for Gorissen, who has since had his Twitter account suspended and is now banned from commenting or deleting any posts on his game Domina. According to the developer’s Gab, which is still up, he is comparing themselves to a roman soldier in the middle of a war, and not a developer who’s facing backlash for hateful and transphobic rhetoric.

As there is an outcry for Valve to take action against this developer on Steam, this may not be the last that we hear of Domina and Gorissen’s repercussions.

Update Sept. 2, 8:11 am CT: According to the official Steam page for Domina, the game is no longer available for sale on Steam. Steam is stating that this was at the request of the developer, but it’s hard to believe Steam didn’t have a say after the backlash. As of writing, the patch notes with transphobic rhetoric are still noticeable on the game’s main page.

According to Gorissen, “Wherever people are getting the notion that Dolphin Barn removed Domina from Steam are incorrect.” This likely means that Steam found the developer to be violating its terms of service before delisting his game. On Gorissen’s Gab channel, he shared screenshots of unbanning himself from the forums, something he had previously gotten in trouble for.

It seems that Steam had enough of the developer and potentially saw keeping his game on the service as a liability. If Gorissen chooses to keep making games after this tirade, it’s unlikely that Steam will be as eager to work with him in the future.