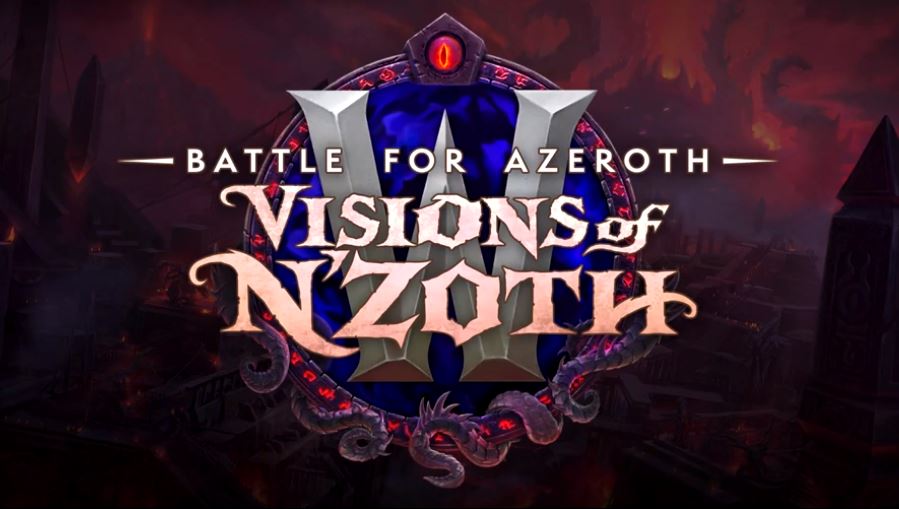 Most people in the World of Warcraft community have probably been too busy with Classic to worry about the game’s retail counterpart. Thanks to Battle For Azeroth’s next patch, however, retail may soon have some fun that’s worth prying your eyes away from the past for.

In addition to new world and questing content, Patch 8.3 will introduce a ton of features. Parts of the patch are playable on the Public Test Realm and it’s called Visions of N’zoth.

If you’ve played any of the Battle For Azeroth expansion, then you know all about the Old God shenanigans that have taken place throughout its campaign. N’zoth has finally risen and as you might expect, Azeroth must band together to stop him. Both Horde and Alliance players will be greatly affected by N’zoth’s awakening. Players from both factions will need to work alongside Magni, Wrathion, and other luminaries to empower the planet’s defenses.

If you’re a fan of the Assaults feature from Legion, then you’ll be pleased to learn that they’re returning. A new version of Assaults is set to debut in Uldum and in the Vale of Eternal Blossoms. N’zoth’s plan appears to include destroying any Titan-empowered location on Azeroth. In the announcement for Patch 8.3, game developer Ion Hazzikostas teased that all of the activity near Azeroth’s Titan facilities could have an impact on the Titanforging gear mechanic.

Another major feature of the patch will be two new allied races. Horde players will get to take on the Vulpera while Alliance players will gain access to Mechagnomes. Those who played during BFA will recognize both races as major players in the expansion’s storyline. The Vulpera will have access to the Hunter, Mage, Monk, Priest, Rogue, Shaman, Warlock, and Warrior classes. The Mechagnomes will be able to play as the Hunter, Mage, Monk, Priest, Rogue, Warlock, and Warrior classes.

In addition to two new races, the patch also introduces two sets of Heritage Armor. Goblins and Worgens will now have obtainable Heritage Armor to go along with their recent model update. Players who aren’t interested in new races or armor will still have plenty to sink their teeth into with Patch 8.3. Raiders will have a new challenge in the form of the new raid, Ny’alotha, the Waking City. The end boss of this raid will be none other than N’zoth, so expect the final fight to be intense.

Players will also get to experience a new type of gameplay called Horrific Visions. By completing Assaults, players will be able to earn their way into the deepest recesses of N’zoth’s mind. They’ll do so through Horrific Visions, a new form of instanced content. These visions will force you to face versions of Azeroth that could come to pass if N’zoth isn’t stopped.

You won’t be able to complete a Horrific Vision on your first attempt, though. Players will slowly lose sanity while in the instance, forcing them to retreat. Players won’t leave Visions empty-handed, however. You’ll be able to take the information you gain from inside the Vision to Wrathion, Son of Deathwing. Wrathion will work with you to create Legendary cloaks that can be used to help keep your sanity for longer periods of time while inside Horrific Visions.

Since Patch 8.3 will focus on the conclusion of the Battle For Azeroth expansion, it’s probably safe to assume that BlizzCon will focus on WoW’s next expansion. Although we don’t know exactly when Patch 8.3 will go live, you can expect it to be soon since most of it is already available on the Public Test Realm.