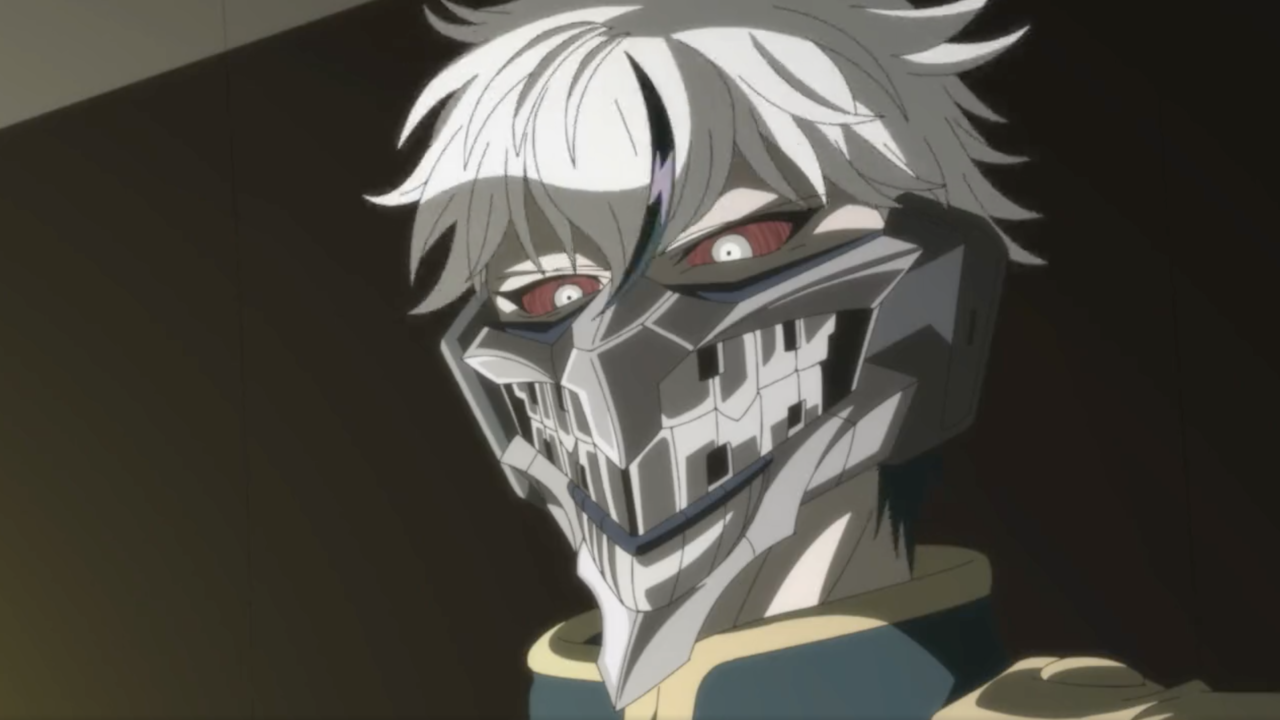 Funimation recently announced its star-studded cast of both Japanese and English voice actors for Tribe Nine, which includes the popular streamer and musician.

In the short clip shared in the announcement, Ojiro is shown peering over a Tokyo skyline, walking out to a platform on a helicopter. He looks at the skyline, holding a baseball bat in his right hand, and utters the words “how insignificant” before walking away.

“Very excited to announce that I will be voicing Ojiro in the English dub for Tribe Nine,” Corpse Husband wrote in his tweet. “From the same creator as Danganronpa and Akudamam Drive, I couldn’t have asked for a better first role. Very honored to be a part of it.”

The announcement marks a surprise return for the streamer. The announcement was his first tweet on his main account in nearly half a year. Now, he’s back and in an exciting fashion as Ojiro Otori, the primary antagonist of Tribe Nine in what seems like perfect casting for the role.

Tribe Nine is set in a dystopian Neo Tokyo where kids form their own tribes since traditional society has been pushed to the wayside. To avoid violence, all conflicts are resolved through “Extreme Baseball,” a version of baseball where players can use futuristic gear.

The anime is created by Danganronpa creator Kodaka Kazutaka and will air later this year in the winter. It’s animated by LIDENFILMS and directed by Yu Aoki. There’s also a video game adaptation based on the baseball-themed anime.

Corpse Husband isn’t the first Twitch streamer to foray into the world of voice acting. Popular Twitch streamer Lily “LilyPichu” Ki has landed roles across multiple games and animes. These roles include Yoshi from Don’t Toy with Me, Miss Nagatoro and Sayo from Genshin Impact.

While this will be Corpse Husband’s first voice acting role, it’s not unfamiliar territory for him. He first gained popularity on YouTube telling horror stories back in 2015. His channel has since amassed 7.6 million subscribers. His new role as Ojiro Otori should be a natural fit for the multi-talented content creator stepping into the world of voice acting.