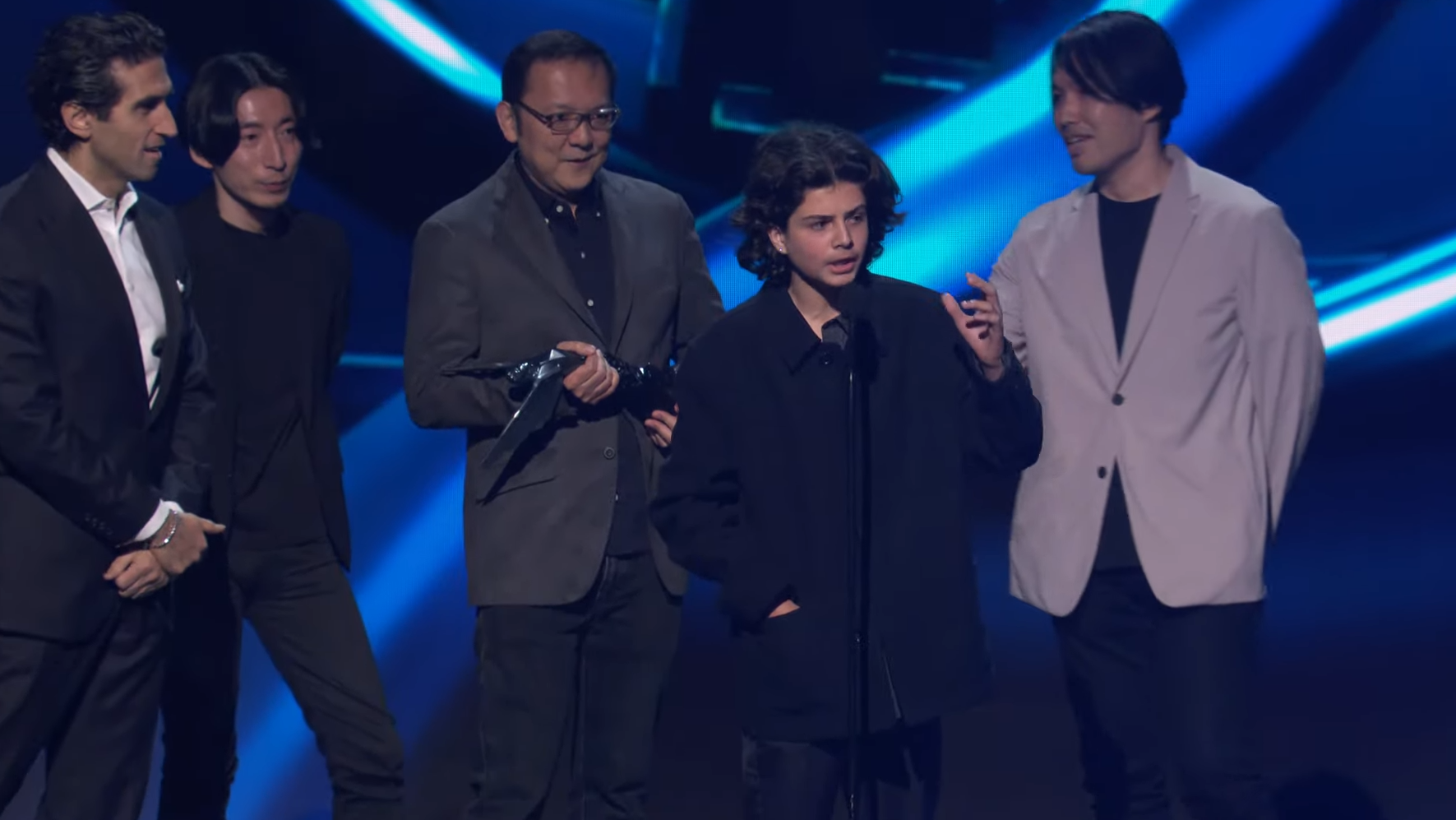 The Game Awards concluded with a massively perplexing course of events during the final speech by the Elden Ring team that won the award for Game of the Year.

At first glance, the scene seemed normal enough as FromSoftware executives expressed their gratitude for being commemorated for their game. But at the end of the speech, something happened that no one anticipated.

A young man who had been standing with the Elden Ring team on stage walked up to the microphone as the walk-off music started playing, and in just a few short moments, left everyone scratching their heads with a confusing comment.

“Hey, my turn. I just want to thank everybody and say I want to nominate this award to my reformed orthodox rabbi Bill Clinton,” he said. “Thank everybody.”

The former U.S. president had nothing to do with Elden Ring or the show itself, and the immediate reaction on social media was one of shock and near disbelief.

While the social media reaction to the bizarre incident was rampant and filled with humor, the show’s creator and host Geoff Keighley was quick to respond and let fans know that the person had been arrested. Kotaku’s Ethan Gach has reported, however, that the Los Angeles Police Department said no arrest was made.

The name and background of the person were not immediately released, but it wasn’t long before theories started to surface about who it was. Eventually, a few reports surfaced, including one from Bloomberg’s Jason Schreier, who said he spoke with the person.

Schreier said the person identified themselves as a 15-year-old named Matan. Schreier added that he believed the child was not an “antisemitic dogwhistle” as some on social media suggested could be the case.

“He is almost certainly a Jewish prankster,” Schreier said. “He understood a question I asked in Hebrew (then pretended he didn’t).”

Forbes senior contributor Paul Tassi also claimed to have conversed with the individual through Twitter direct messages. While Tassi was under the impression that the person might be “trolling,” he tried to relay what information he could. Through messages, Tassi said that the person was not allowed to speak about the arrest that was publicized by Keighley and later called into question after a LAPD statement to Kotaku.

Update Dec. 10 3:18pm CT: This article has been updated to reflect new information regarding the alleged arrest of the person who interrupted The Game Awards.