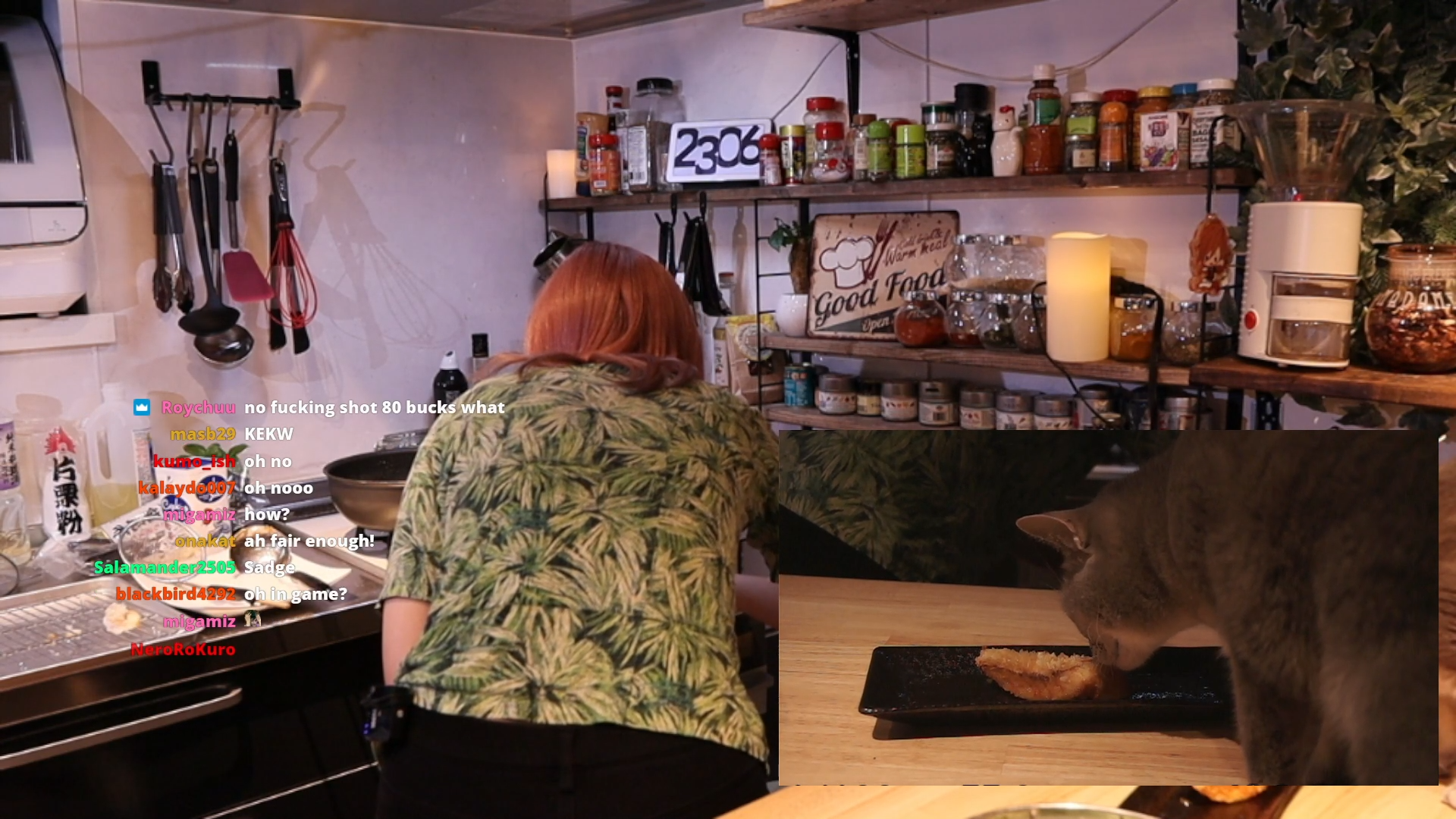 Gourmetmei, a cooking streamer on Twitch, was preparing a fish dish when her cat slipped on-screen and deftly stole the expensive sea creature from under her nose.

Well into the stream, Gourmetmei was preparing an amadai tilefish, showing how the fish could be prepared in three different ways. After frying the tilefish, Gourmetmei turned her back for only a moment to check her oven. The cat, likely waiting in the shadows for the right moment, saw an opportunity to pounce.

Quietly leaping into the frame of Gourmetmei’s picture-in-picture setup, the cat took a hold of the fried fish just as the streamer’s partner called out in distress. By the time Gourmetmei turned around, the cat burglar had already made off with the heist of a lifetime. Though lunging forward to try and capture the cat, the streamer’s efforts were in vain as her cat made its escape.

The streamer was left aghast at her cat’s thievery, staring in silence as she watched the cat make off with her tilefish. Though certainly a costly loss and to the detriment of the stream’s goal, the clip quickly went viral across Twitch and Reddit. The initial post quickly amassed over 38,000 views, with the first Reddit post gaining over 2,000 upvotes.

Gourmetmei conducted the rest of the stream as well as she could being one fish down, though was much more aware of the looming presence of her cat.