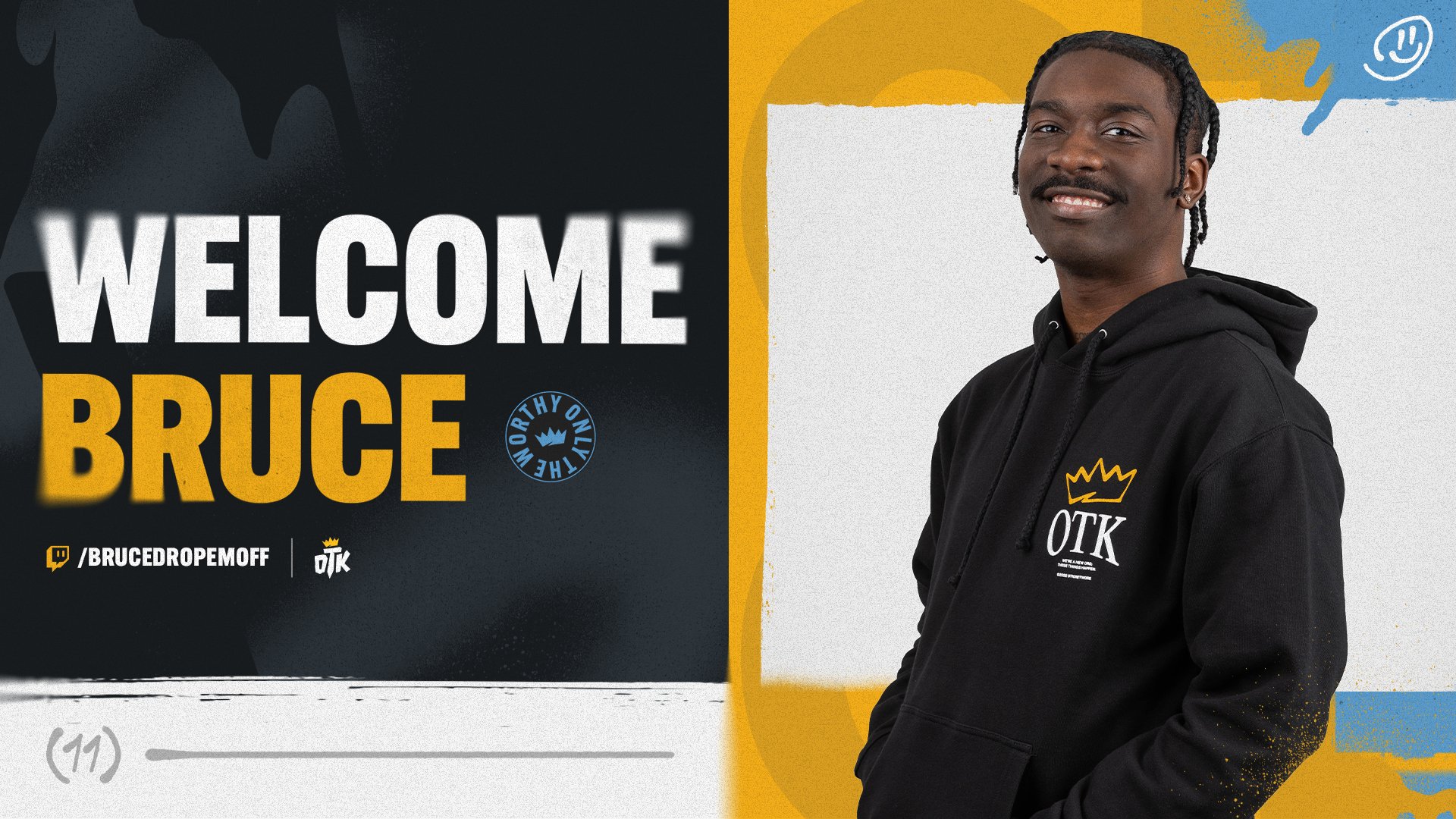 Bruce began streaming in January 2016, gaining his initial popularity after appearing on many of AustinShows’ livestreamed game shows such as his battle royale style podcast. The Austin-based streamer massively grew his own following over the past two years, most well known for his Just Chatting and variety content. Bruce has since skyrocketed to over 570,000 followers with 4.7 million total hours viewed on his channel, according to Twitch Tracker.

Over the past few months, Bruce increasingly collaborated with fellow OTK members and appeared on numerous OTK-produced broadcasts. A prelude to his eventual signing, Bruce recently competed on both Schooled and Parasocial, shows both hosted by OTK co-founder Mizkif. Only three months after his Parascoial appearance, the streamer has been officially welcomed as the tenth and latest content creator signed to the organization.

As with all OTK members added thus far, Bruce’s signing announcement was accompanied by a welcome video introducing the streamer to the lineup. Featuring OTK founders Asmongold, Mizkif, Nmplol, and more, Bruce was seen drifting in a blue mustang before eventually emerging with a pristine crown atop his head, the already iconic emblem of the organization.

Bruce’s first stream with the organization took place in the OTK office, as part of the reoccurring “shareholders” meeting, as Mizkif, Richard Campbell, Esfand, and more underwent a lie detector test. Fans can likely expect further collaboration between BruceDropEmOff and OTK, both in the organization’s regular shows and productions but also in the group’s events and casual streams of other members.