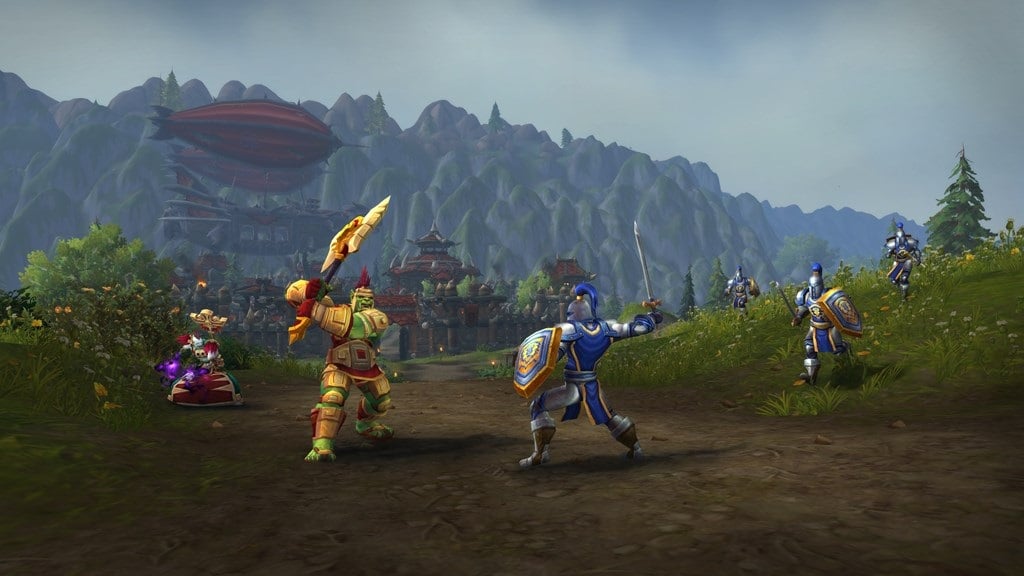 There’s a plethora of change coming to World of Warcraft’s next expansion Shadowlands. But among the new zones and features in the games, Blizzard is looking to adjust some of the fundamental mechanics for gameplay as well.

Around the release of the expansion’s alpha yesterday, data miners found plans for changes to the way that area of effect (AoE) abilities could work when Shadowlands drops in the fall—and the immediate response from top-level players was less than exciting.

Data revealed that many AoE abilities, particularly ones for melee classes, had been capped to only be effected on a certain number of enemies. Previously, those abilities didn’t have caps.

Last night, however, Blizzard looked to explain its decision following an outpouring of expressed concern from the community. In a forum post, the developer said that as power creeping continues in WoW, the “dominant tactic” for situations in dungeons and questing has been to pull larger and larger groups of enemies to cleave down all at one time.

The strategy, while effective, has made the game lose some degree of nuance to it. Ultimately, it’s made it difficult for some classes to find a role in particular instances.

“In Shadowlands, we’re looking at changes that would broaden the field of tactical options, and in the process, more clearly differentiate the strengths of classes in a variety of AoE situations,” Blizzard said. “For example, we’d like to see Outlaw Rogues or Fury Warriors excel in situations with four to five targets in close proximity to each other, while ranged casters like Frost Mages or Affliction Warlocks perform better in sustained damage against groups of five or more targets.”

Blizzard also explained that for most players who don’t attempt to fight more than five or so enemies at a time, they won’t feel much of a change at all to their gameplay. But with one quick look at the Mythic Dungeon International, it’s clear that larger pulls, particularly in timed dungeons, are becoming the norm.

Blizzard’s post suggests that the developer is looking to make pulls of 10 to 20 enemies at a time “more threatening engagements.”

While the potential changes could be seen as a way to combat the power creep of AoE over the past 15 years, many pros, including Maximum, aren’t happy with Blizzard’s explanation.

“I feel like this is just another step along the road of slowing the game down, removing snapshotting, and adding GCD’s, which is bridging the gap between good and bad players,” he said.

Blizzard’s decision to make this change in the Shadowlands alpha comes following the release of WoW Classic, which is known for having a number of caps to AoE damage for the melee class. In WoW’s original iteration, ranged classes like mages were used more as AoE specialists.