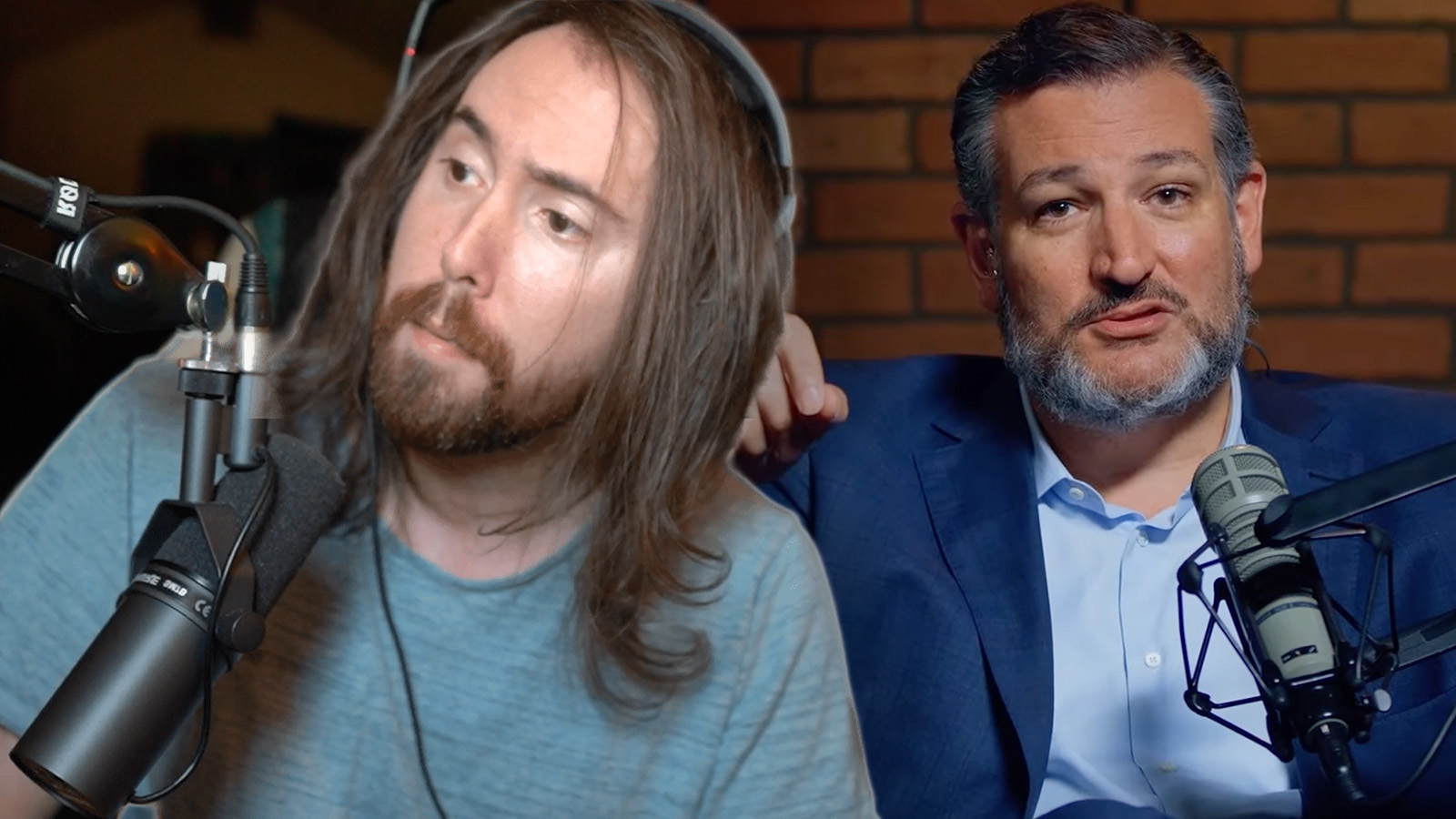 Screengrab via Asmongold on Twitch and Ted Cruz on YouTube

Asmongold responded to a fan who claimed his upcoming conversation with U.S. Senator Ted Cruz about regulating pay-to-win microtransactions in games would go nowhere. He insisted that wasn’t the case and explained why.

“Even in the worst-case situation of nothing happening with Ted Cruz, this will get a lot of traction and attention, and it will help me move to the next person might actually do something else,” he said on his June 21 stream. “There’s no lose condition here.”

Asmongold believes people need to look beyond their “surface-level” views and biases about the U.S. Senator and instead focus on the bigger picture, which is the likelihood of conversation opening up new doors to further the discussion.

“Just think about what’s step three and what’s step four,” he added. “I have a position on how I want to move forward with this, and I’ll do that.” He didn’t elaborate on what those steps are. However, he plans to do whatever it takes to state his case.

In addition to making waves, Asmongold said that at the very least, the conversation will also make for good content and a lot of it at that. After all, people will tune in to hear what the U.S. Senator has to say, regardless of their political views.

Moreover, after talking about the issue for quite some time, Asmongold is eager to roll up his sleeves and start putting in the work, and the fact he’s roped the U.S. Senator into a discussion on the matter is something he’s excited about.

“Never in my life did I imagine a U.S. Senator would engage in a conversation with me regarding pay-to-win and lootboxes in video games,” the top Twitch streamer tweeted on June 20. “Very excited!”

However, a time and date for the upcoming stream hasn’t been locked in yet.