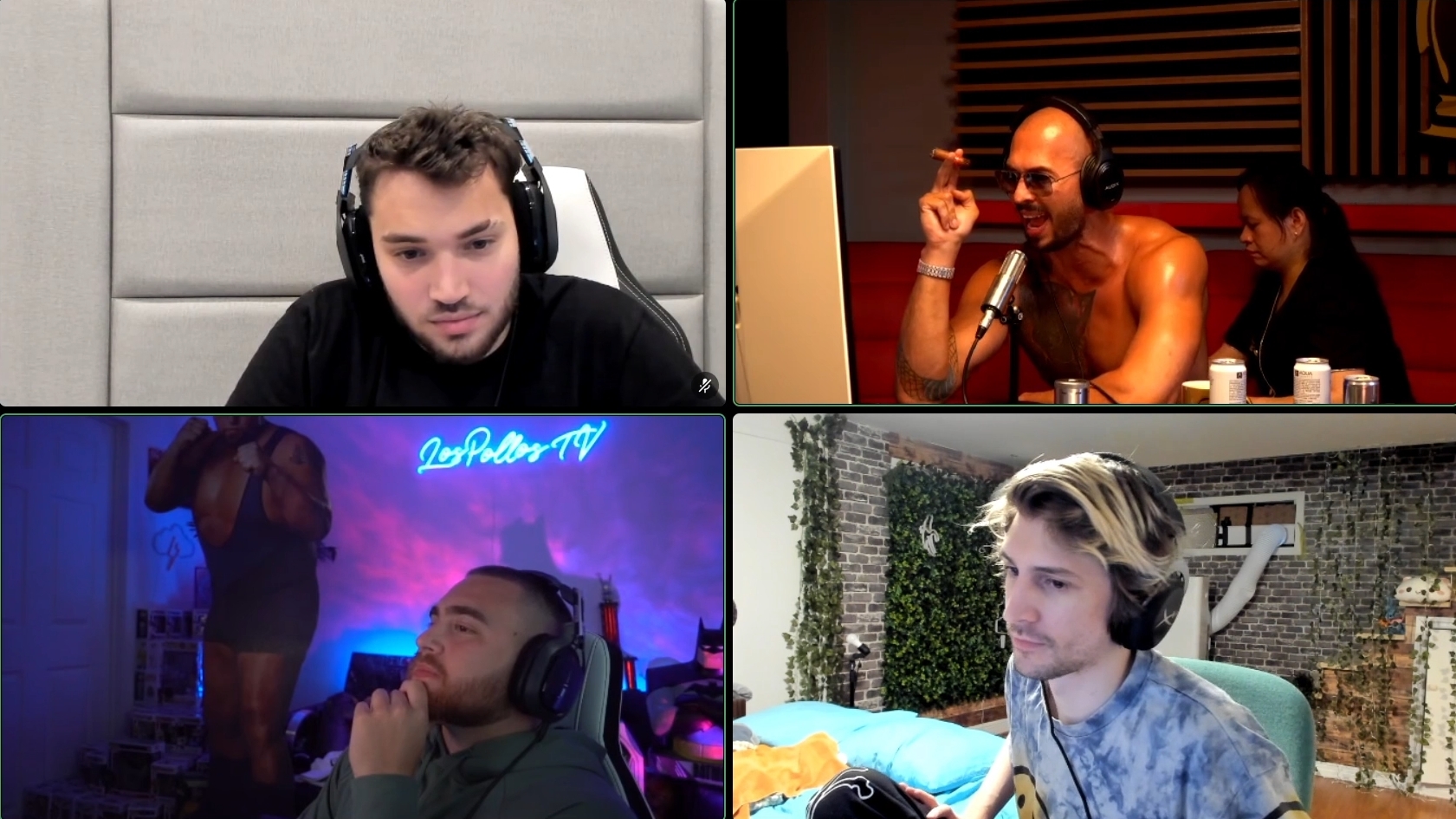 In an odd Twitch clash, popular streamer xQc and kickboxer-turned-influencer Andrew Tate engaged in a debate regarding sexism during a recent broadcast.

Tate, who has repeatedly been criticized for sexist and misogynistic views online, received a massage during the debate with xQc. Fellow streamers Adin Ross, LosPollosTV, Trainwrecks, and others were also on the Discord call at various points throughout the contentious debate.

One of the biggest points of discussion began when Tate compared his girlfriend being hit on by other men to a person trying to break into his locked car. XQc instantly jumped on Tate’s analogy, saying the comparison was only valid if the women had the “IQ of somebody who cannot move, think, or do anything and is just stuck on the side of the fucking curb.”

After Tate said that if he and xQc dated the same women they would “behave better” for Tate than xQc, xQc sarcastically conceded the point and turned Tate’s car analogy on its head once again.

“You treat and pay for [women] like they’re Lambos that are parked at the curb. Of course they’re going to be like this if you want to go down this argument,” xQc said. “So yeah, I guess I have to concede the point because you’re right; you dated frozen Lambos parked at the curb.”

They continued on the analogy until Tate seemingly had enough, saying that he had “wasted enough of [his] life” talking to someone who would “send his chick downstairs” to talk with men at a bar. Before xQc could respond, Tate left the Discord call, which sparked laughter from Ross and LosPollos, as well as a blank stare at chat from xQc.

With the debate ending earlier than expected, it’s probably not likely we will see another showdown between Tate and xQc anytime soon.