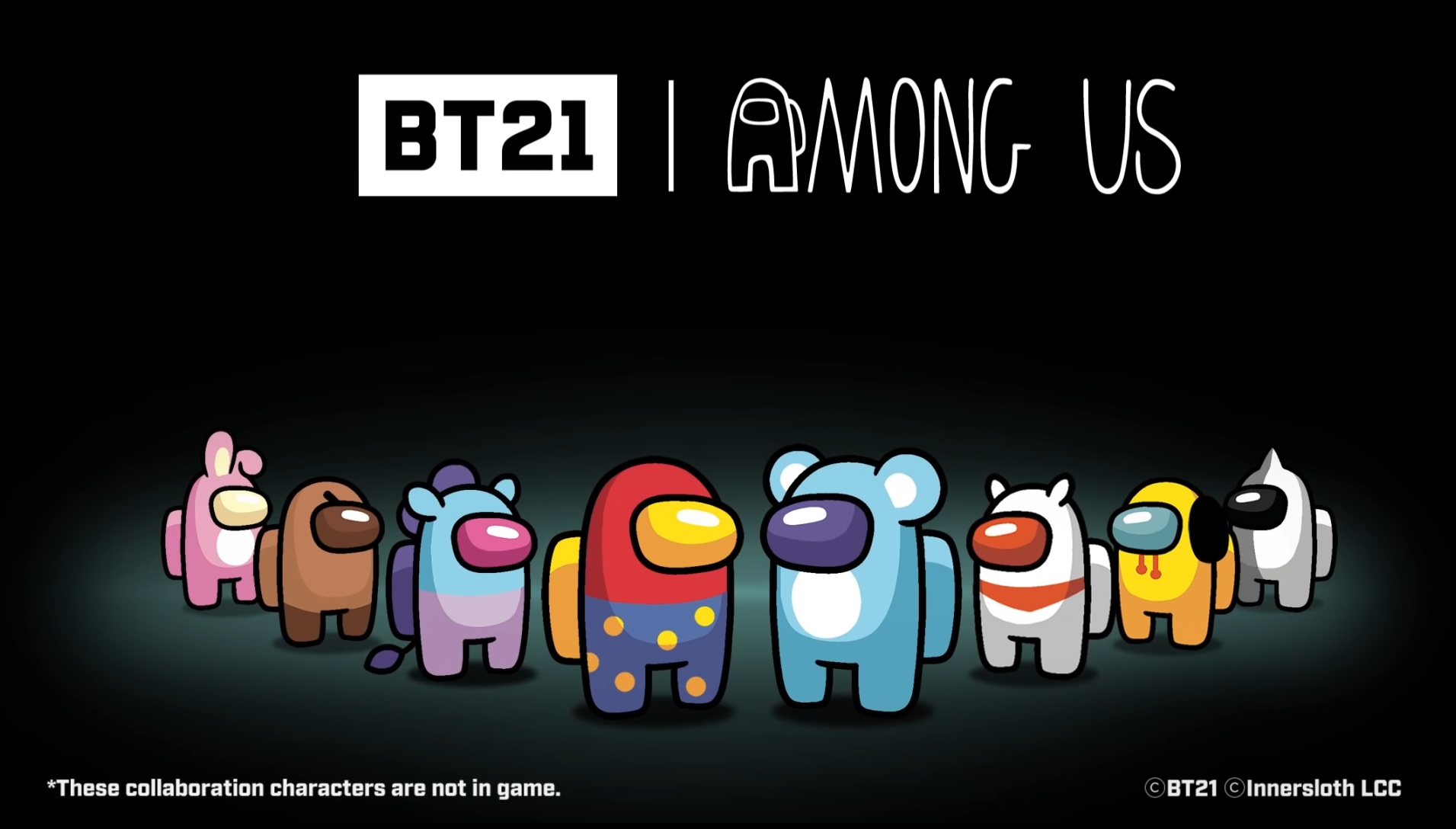 Among Us looks to continue its string of collaborations, the next of which appears to be with BT21, a character IP created by LINE FRIENDS with K-pop superstars BTS.

In a post by BT21, the announcement was made that unique characters created with the members of the boyband will be coming to Among Us. Right now, there were no details of what this collaboration will include but according to the announcement, the characters are not in the game right now. The trailer shared a date, Nov. 25, which could be for the release of this content or for more information.

BT21’s characters were created by the members of BTS and have been used in an animated series and other products. The characters have entered the gaming realm before with the iOS and Android puzzle game, Puzzle Star BT21.

When the collaboration goes live, these characters will likely be made available as outfits for purchase in a similar fashion to the recent Arcane x Among Us collab that bought a ton of League of Legends characters into the game.