After a two-year long sleeping period that lasted since Among Us’ release in 2018, the game skyrocketed to fame throughout the summer. As more popular streamers picked up the friendship-defining party game, the player base kept increasing to the point where Among Us’ servers started crumbling.

The indie developer, InnerSloth, is trying to improve server quality and fix as many capacity related issues as possible, but progress still takes time. Though there are a couple of methods players can try to bypass these errors, sometimes the game can go under maintenance, leaving you and your gang wondering about what to play.

Considering Among Us is a modern take on the classic party game Mafia and Werewolf, it’s relatively easy to find alternatives with a similar gameplay. While the experience and the environment will be completely different, the following games’ core mechanics will be similar to Among Us.

Here’re all the games you can try out while waiting for Among Us servers to come back online. 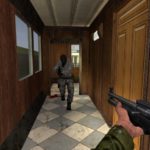 Garry’s Mod is a classic physics sandbox. It’s basically a tool that puts players’ creativity in the driver’s seat, and there are countless different in-game modes, which increases Garry’s Mod’s replayability.

Inside the rich library of mods, Trouble in Terrorist Town is one of the most well-known Among Us-like game modes inside Garry’s Mod. There are a variety of maps to choose from, and the lobby automatically gets divided into Innocents, Detectives, and Traitors as you join a game.

The round kicks off with a preparation round where all parties start searching for ammo and hiding spots. You’ll need to do some real detective work to identify whether your fellow “teammates” are actually Traitors, and the game will only end if any of the below happens.

Traitors can get their hands on special equipment, which can be a double-edged sword sometimes since getting caught with a traitor-only weapon in your hands could get the Innocents rallied up against you.

Garry’s Mod can be downloaded through Steam. 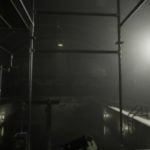 Released in 2017, Deceit is a fictional take on the Mafia party game. The first-person shooter (FPS) game takes place in a setup where more than half of your party wakes up with a deadly virus inside their system.

The infected are tasked with spreading the virus to Innocent players, while Innocents have to advance through three different zones to escape and reach safety. There will be items scattered around the world to help Innocents on their mission, but they can also turn out to be a source of conflict. Unlike other Mafia-esque games, all Innocents are for themselves, and the sense of unity lowers toward the later stages of the game.

What makes Deceit unique compared to the other games is its blackout mode, where infected start running wild. The Innocent will need to find and place fuses to make it to the next phase, but the adrenaline rush through the whole phase is just something else.

Deceit is available on Steam. 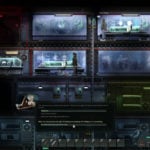 Barotrauma is another 2D take on the genre that features a nice set of unique aspects. Taking place in an underwater setup, Barotrauma is a survival submarine horror simulator. Once you’re inside, you’re welcomed with a set of tasks leading to your freedom.

If you don’t activate the Traitor feature, you can just focus on completing the quests and try to survive whatever the game throws at you. Turning on the Traitor mode will mean some of your crew will be out to work against you, giving the game more of a story.

The game’s quite complex by itself and even playing without the traitor option, meaning there’s a lot to discover and endure in a single play session.

The game’s available through Steam, and fans of the game can also support the developer by opting for the supporter bundle. 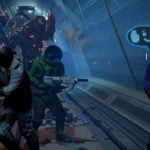 The first-person camera view really spices up the Mafia-horror genre. Jumpscares become much more grasping, and playing at full volume becomes even more of a dare than it already is. Unfortunate Spacemen takes the already successful Mafia formula and puts it into a space setup.

You’ll be a part of a crew that needs to perform a set of tasks, and one of your teammates will be a monster whose only goal is to sabotage the mission. The monster, aka the Imposter, can impersonate any person on the crew and even lay special traps. Both crew members and the monster have access to certain items that help them defeat each other.

Despite being quite a powerful creature, the Imposter doesn’t get to kill anyone with a single hit, which creates opportunities for counter-play.

Unfortunate Spacemen is available on Steam, and it’s free-to-play, making one of the most viable options on our list. 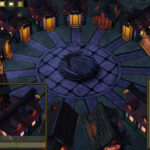 Mafia has always been quite a popular party game, but Town of Salem‘s success gave it the spotlight it deserved on online platforms. Town of Salem still uses the core elements of the original party game like the day and night cycle but spices up the game with up to 49 different in-game roles. There are usually about four-to-five different roles in a classic game of Mafia, so the role variety definitely increases the replayability value of the game by a considerable margin.

All the new and exciting roles are still categorized under the same three pillars of the genre: Town, Mafia, and Neutral. The gameplay is relatively straightforward, the town decides to execute someone during each day cycle, and Mafia members run rampant at night. There are a couple of roles who have their own agenda, however, which jazzes up the win conditions that players are accustomed to.

Jester, for example, wins if the town gets tricked into voting against them. Mediums can talk to dead players at night to pick up their minds, and Forgers can rewrite someone’s last will each night. You can access a complete list of roles through here, but we recommend hopping straight into a game with your eyes closed to max out the game’s surprise factor.

Town of Salem is available on multiple platforms, including PC, Android, and iOS. Alternatively, you can also play it through the game’s official website, but you’ll need to register first. 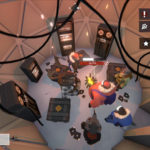 If you’re looking for a game to test the core of your friendship with your friends then look no further than Project Winter. Described as “the perfect game to back-stab your friends,” Project Winter places players into a snowy mayhem where they’re miles away from any sign of civilization.

The game’s top-notch voice mechanics defines the overall experience where you’re with your friends and need to work together to get out of the snowy mess. Working together as a group is the only viable way of unlocking new bunkers and shelters, but it’s not as easy as it sounds with a Traitor/Imposter in your ranks. There will be times that you’ll need to travel in groups of two, which is one of the first points that traitors get a chance to strike.

No one will hear your struggles if you get paired with a traitor due to the proximity voice chat, and your friend will just blame it on a wild bear that you just couldn’t outrun. Innocents don’t get to kill the Traitor once they figure out who they are. But they can vote them out, which forces them to survive on their own. Given the environmental conditions in Project Winter, getting cast out is almost worse than getting executed.

You can try out Project Winter through Steam. 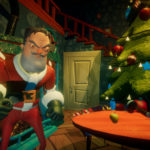 Following in the steps of the original Hello Neighbor, the Secret edition of the game enables the Neighbor as a playable character. You’ll need a party of six to get the full experience, but one of you will be the Neighbor in disguise.

Though renaming Imposter to Neighbor sounds a bit lighthearted at first, this Neighbor isn’t the friendly type that you wave at every morning. You’re initially trying to sneak into his house to uncover whether this Neighbor has your missing friend captured. Considering his house looks haunted from the beginning, it’ll be only natural if you think twice before going in.

The Neighbor in disguise will have access to various tools like bear traps, a control room, and smoke bombs. The intruders/innocents also have their own set of abilities like speed boosts and knowing where the keys are to unlock locked doors. Each class is limited to an ability, so you’ll need to play to your strengths to beat the Neighbor.