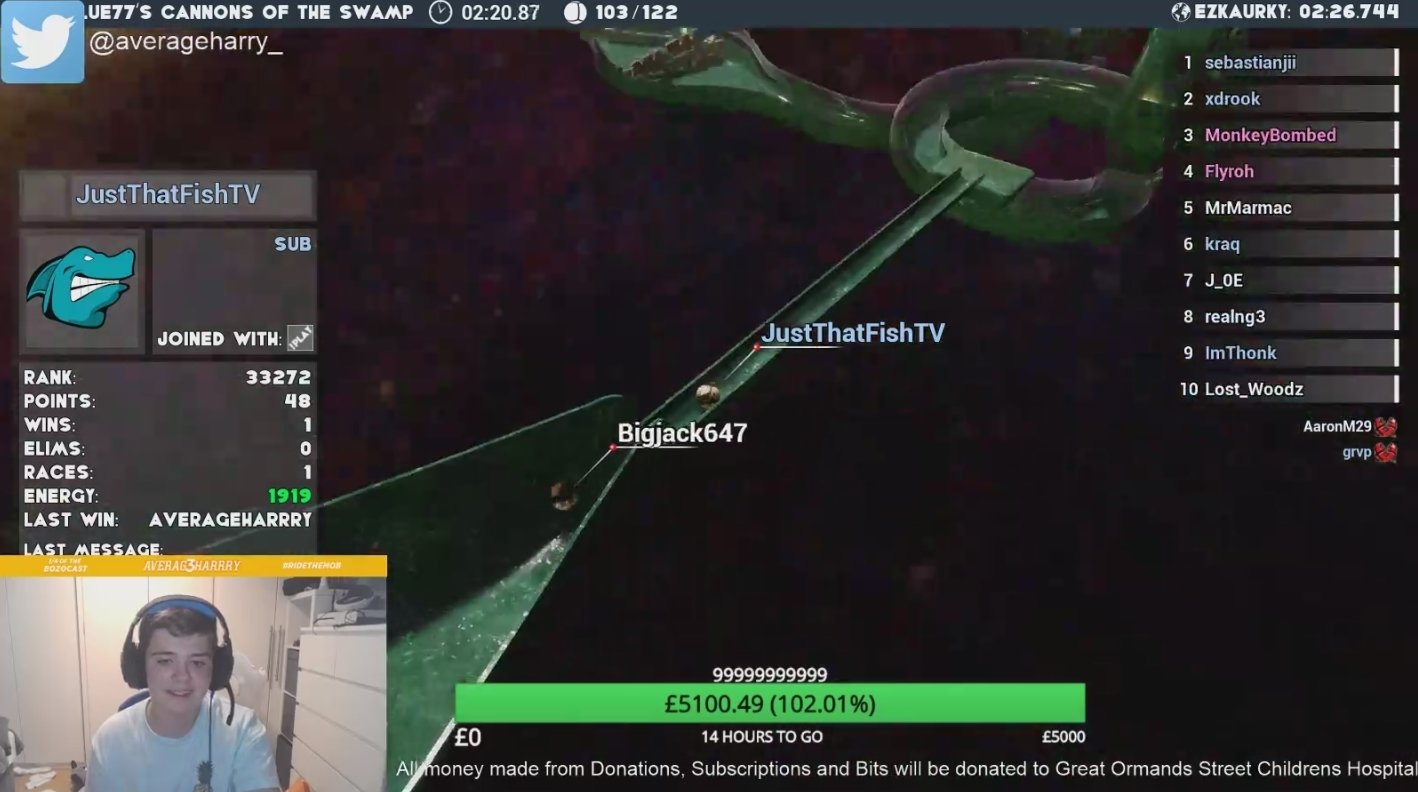 In the final hour of a 12-hour charity stream, 14-year-old averageharrry shed tears of joy when he told his mother that he had raised more than 4,000 euros for charity.

When Harry’s mother began talking to him with just over 30 minutes left in the stream, he broke down as he told her how much money had been raised for the Great Ormond Street Hospital. She asked him if he would stop the stream, but he insisted that he would finish the last half of an hour.

The stream eventually surpassed 5,000 euros and finished with more than 5,212 euros raised through donations, Twitch subscriptions, and bits. At the conclusion of his stream, Harry thanked viewers profusely for supporting his charity broadcast.

Harry peaked at 249 viewers, which smashed his original viewer record, according to Twitch Metrics. The site also tracked his followers, which increased by 200 during the stream.