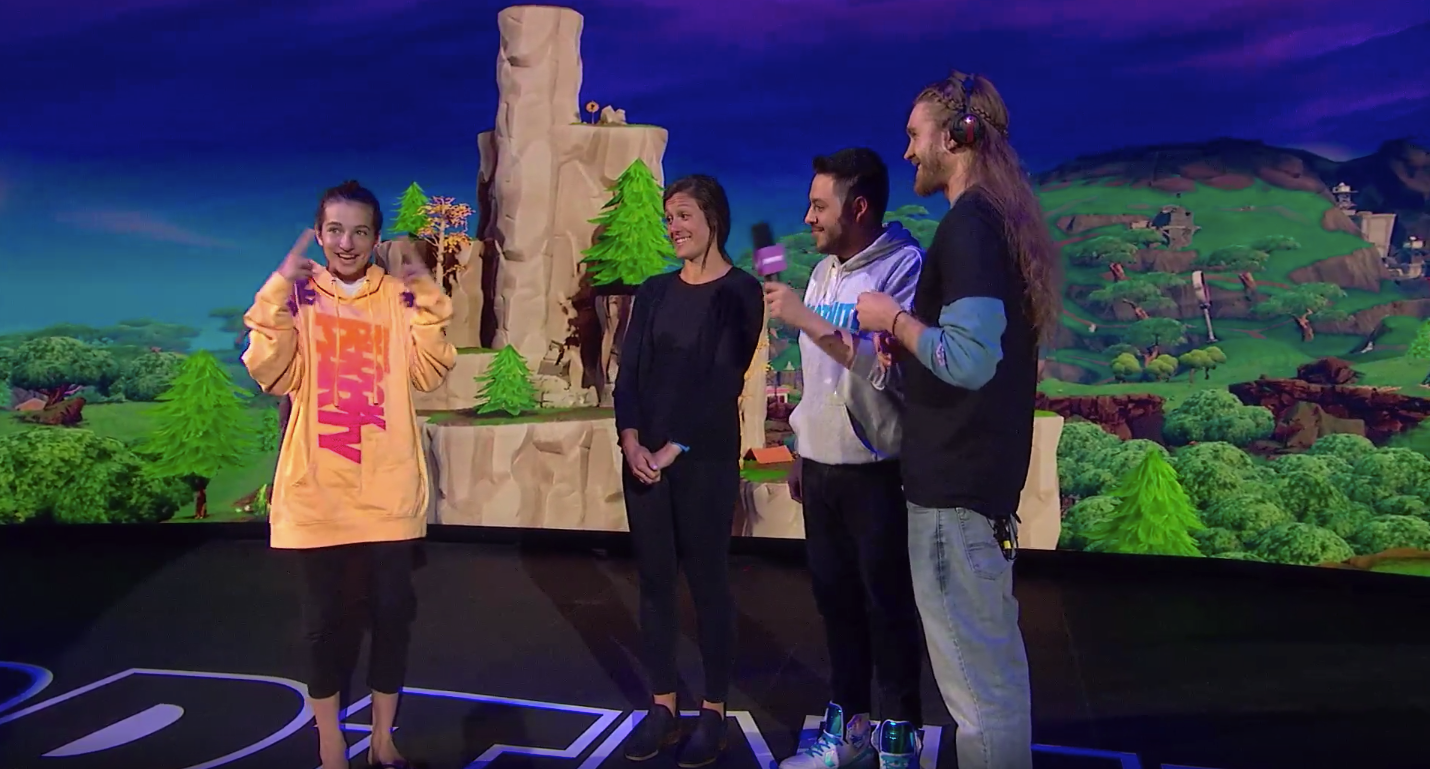 Ewok explained how she met a 17-year-old boy—who she chose to keep anonymous—when she was only 13. The two “hit it off” and frequently talked online and on FaceTime. Ewok said she struggled with depression and self-esteem issues at the time the two communicated and that he later began asking for inappropriate pictures.

“AT that time, he encouraged me to send him pictures, and stuffs,” Ewok wrote. “I didn’t know what to do and I thought it was [meant] for complimenting girls, the ones with low self esteems or high esteems and a pride. I thought it was validate girls or stuffs like that.”

Ewok said she didn’t know how to respond and wasn’t aware that this behavior fell under the category of sexual assault. She was “too terrified” to tell her parents about the situation out of fear of disappointing them. The FaZe member said she was depressed after the situation, and after telling the boy about her mindset, their communication “faded.”

Months later, he reached out to Ewok again, asking for her Snapchat. Then 14-year-old Ewok said she was excited about the return of “the old days” where the two would frequently communicate and “forgave him and forgot about some specifics stuffs he did to [her].”

Ewok claimed that he was a legal adult at this time and would send graphic photos and videos of himself to her over the app.

“I was terrified because he’s LEGAL adult and towards to a MINOR / me,” Ewok said. “I didn’t know how or what to say at all, he said some extremely stuffs to me and sent d*** pictures. He even begged me to send him stuffs or video.”

Ewok said she did not respond to his persistent attempts and initially felt to blame for his actions. Reflecting on the situation, however, the FaZe member rightfully acknowledged his responsibility in his own behavior.

“He is an adult and he manipulated, took advantage of and sexually assaulted me,” Ewok wrote. “He is the reason why I am scared or uncomfortable around men to this day…Nobody deserves to go through this.”

According to federal law, child pornography is defined as any sexually explicit visual depiction of people younger than 18. Similarly, Section 2251 of Title 18 U.S. code makes it illegal to “persuade, induce, entice, or coerce a minor to engage in sexually explicit conduct for purposes of producing visual depictions of that conduct.” Punishment for a first-time offender can range anywhere from 15 to 30 years in prison.

Ewok returned to Twitch earlier in the month after Mixer, Microsoft’s now-defunct streaming service, closed its doors. Fans can support Ewok on her Twitch channel.