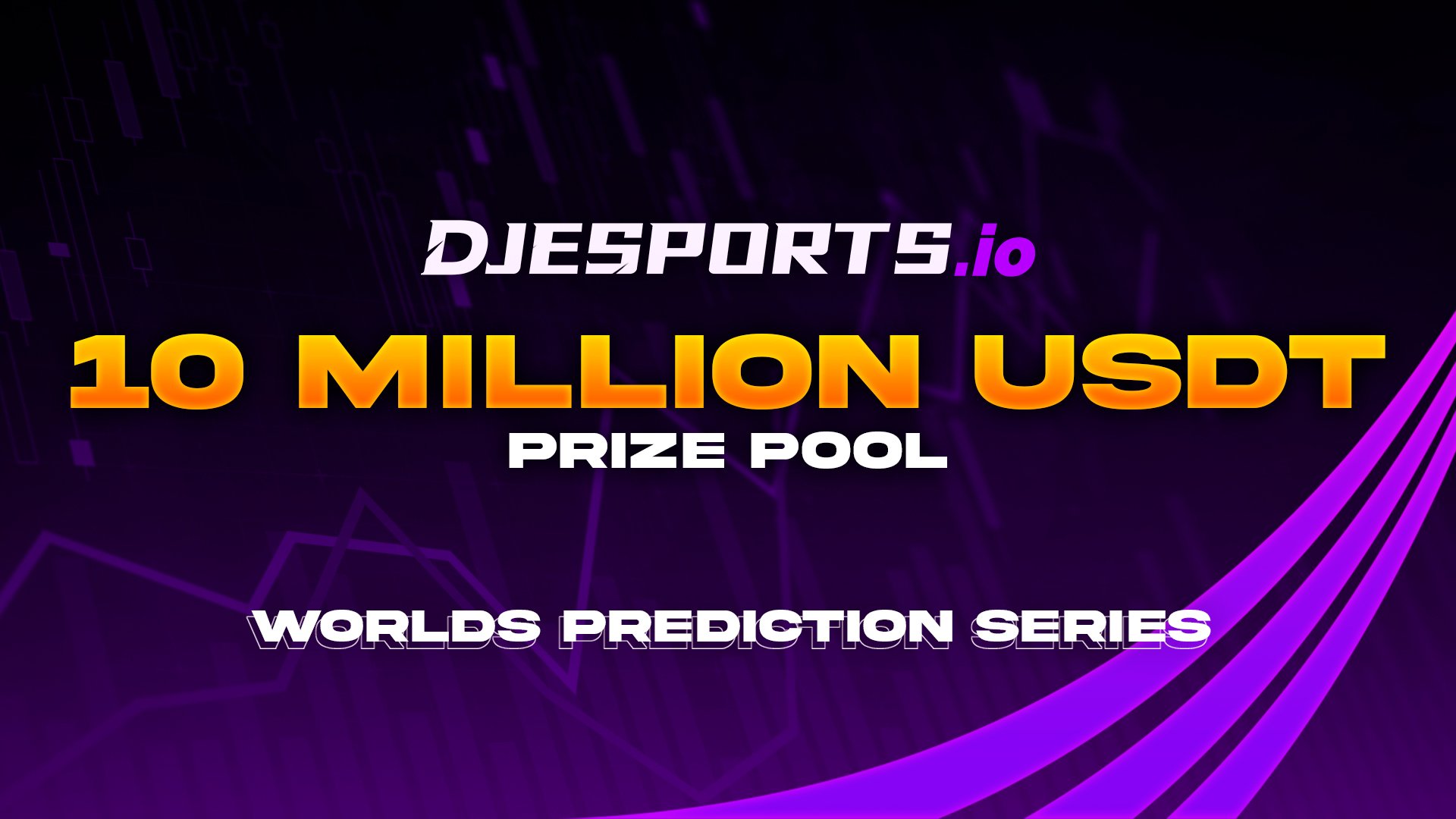 Esports has grown rapidly over the last 10 years and is now one of the largest spectator sports in the world. And with one of the biggest events of the year—the League of Legends World Championship—just around the corner, all eyes turn to one of the scene’s biggest stages. DJ Esports is getting in on the action by offering one of the largest betting prize pools ever to cater to fans around the globe.

The platform just launched its first World Prediction Series, with a total prize pool of over 10,000,000 USDT and a top single prize of 800,000.

What is DJ Esports?

Following the shut down of another major competitor in the space, DJ Esports is capitalizing by offering unique betting types that include the ability to place bets on competitive matches and popular streamers, along with high bet limits and some of the lowest transaction costs on the market. With support for nearly a dozen of the most popular tokens, such as BTC, USDT, LTC, ETH, and more, anyone with crypto can start playing immediately.

DJ Esports shines in having a clearly noted 10,000,000 USDT in holdings (posted publicly in its Etherscan Wallet) and the most robust AI-driven analytics matrix out there, created through pouring over a decade of detailed analytical and match data. With these resources, DJ Esports aims to offer the largest, fastest, and safest esports gaming platform online.

What is the World Prediction Series?

The World Prediction Series is DJ Esports’ first large-scale event, aiming to give everyone the chance to show that anyone can win big on esports with enough research.

Players can use DJ Esports’ game tokens (DJT) to bet on any event on the site. As players earn more DJT, they can climb the ladder from Tourist all the way to Grandmaster Analyst and have a shot at claiming the top prize of 800,000 USDT.

The event is split up into three sections organized around the League World Championship.

The amount of DJT each player can earn during Stage One is capped at 18,000, though players can share the event poster on a social media platform of their choice to receive an extra 400 DJT straight into their accounts (to a maximum of 1,500 DJT) once per week.

The tournament is structured in a way that should be familiar to anyone who’s ever played any competitive online game or anyone who’s ever watched Who Wants to Be a Millionaire. The higher you climb, the more you earn. But be careful. If you lose it all, there’s no going back.

All you have to do to win is play smart. Every bet you win automatically rewards you with more DJT to help you climb the ranks. At the end of the season, you get the prize for where you finished.

DJ Esports estimates that of the expected 1,000,000 participants, 36 stand to claim the top prize and receive an invite to the final stage of the event. And one of those 36 players is automatically guaranteed an extra 500,000 USDT as the final prize for winning it all.

How do I enter?

Entering is as easy as creating an account. The first one million users to register on the DJ Esports website will automatically receive 400 DJT just for signing up. Any user can also message the DJ Esports Mod Team after joining the platform’s community Discord server to earn an extra 800 DJT.

You can follow DJ Esports on Facebook and Twitter to learn more about the platform and stay up to date on new content and events. Furthermore, just sharing the event poster on your social media of choice can net you an additional 400 DJT each week.

So head on over to DJ Esports today and get started for free.